Pinball might have reached peak gameplay decades ago, but the arcade game remains as popular as ever here in Northeast Ohio.

The robust Cleveland Pinball League – of which I’m a member – brings about 100 competitive pinball players to play every week at various venues. Other leagues, like the Belles & Chimes women’s league, give plenty of opportunities to play competitively.

If you’re hoping to check out the scene in Greater Cleveland, or just find a place with a few pinball machines, grab some quarters and head to these spots: 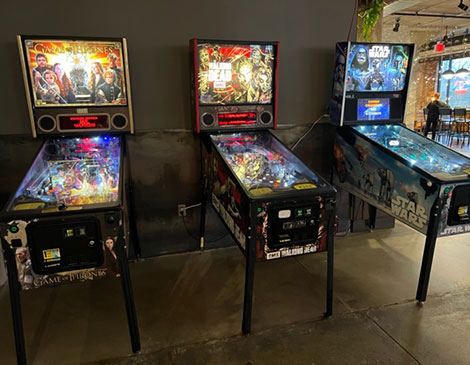 Check out all three pinball machines in Brewdog’s expansion to Northeast Ohio. The space, which opened in late 2021, also offers various arcade games, shuffleboard and outdoor games. With 28 taps of beer, there are plenty of drink options, too. 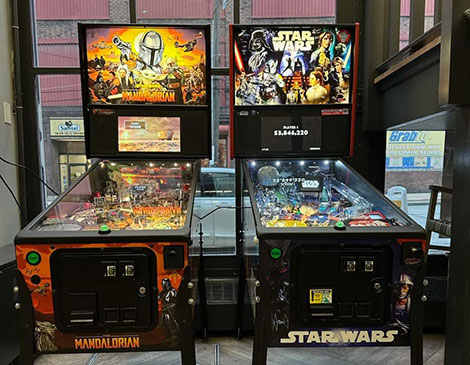 This Flats brewery became the recent home to a few new pinball machines, including James Bond, Star Wars and Mandalorian machines. While there, enjoy views of the Cuyahoga River and a glass of locally brewed craft beer. 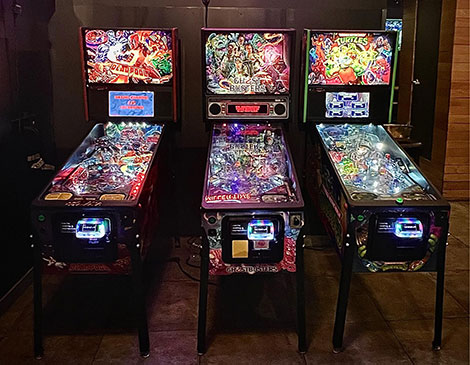 The main attraction at this downtown spot might be bowling, but three pinball machines are also available to play at this East Fourth Street institution.

Two pinball machines reside in the back corner of Happy Dog, and three are in the basement Underdog space. Work up an appetite, get a hot dog or a basket of tots while you’re playing, and enjoy the venue’s jam-packed schedule of concerts, trivia nights, educational series and more. 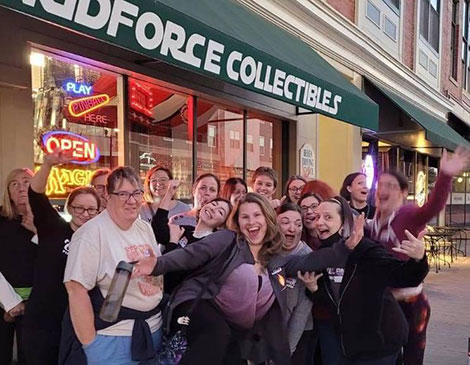 Along with shopping for comics, board games and toys, you can play pinball all day long at Kidforce Collectibles in Berea — you can even join the shop's robust pinball leagues for more competitive play.

Eight pinball machines are available for play at Avon’s well-stocked Level Two Games, a shop which also sells card and board games, and offers up other arcade games to enjoy.

At this Parma Heights restaurant, order a burger and fries, and follow up your meal with some entertainment at one of three pinball machines. 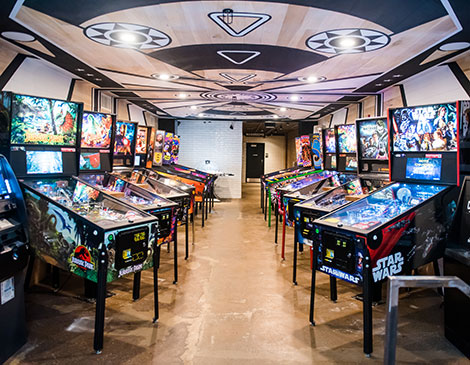 This new Ohio City space hosts a sleek, modern room of mostly modern pinball machines in its basement. While you’re there, you can also enjoy duckpin bowling, classic arcade games and giant Jenga. Though some attractions (like the arcade games) are free, bring some quarters for pinball here.

This Flats center of fun hosts three or four pinball machines at a time, along with other attractions like bowling, foosball and karaoke. The massive space, at 27,000 square feet, also hosts a lively rooftop patio in Cleveland’s warmer months.

Head to the Great Lakes Mall and stop at Round 1, across from Dick’s Sporting Goods, to enjoy five or six pinball machines that are regularly available to play. The entertainment space also features bowling alleys, karaoke booths, darts and other fun. 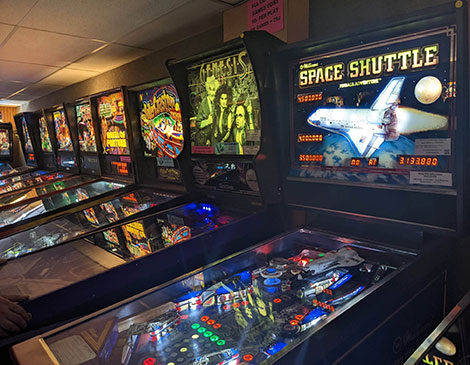 Tucked in a side room of this Middleburg Heights bowling alley is a pinball player’s paradise. You wouldn’t expect it, walking down the stairs to this old-school joint, but the pinball selection is downright impressive. Bring some dollar bills for the change machine and be ready to play all day. 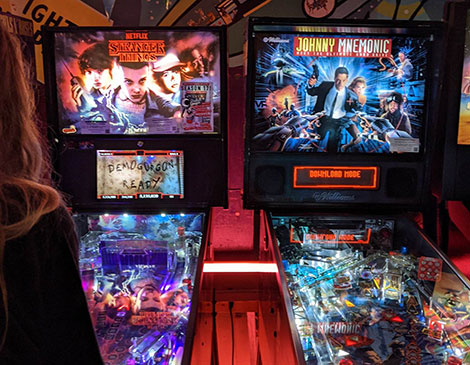 This Gordon Square bar is one of the biggest pinball hotspots in Cleveland, bringing a rotating selection of classic and brand-new pinball machines to try out. With $6, visitors can enjoy all-you-can-play pinball and several other arcade games.