Open Cleveland In 50 Maps to find way more than directions. Edited by Dan Crissman with cartography by David Wilson and Evan Tachovsky, Belt Publishing’s latest release charts the city from all angles, mapping everything from which high schools produced the most NFL players, to the locations of breweries past and present, to a series outlining the socioeconomic consequences of racist redlining.

“We think of maps as things that are a government response. They’re these serious things,” says data scientist Tachovsky, a Bedford native. “But what makes up a map is people’s experience in that city. You can’t leave out what has made the place unique over the years.” Before the book hits shelves Oct. 15, Tachovsky broke down the hidden stories each reveals about the Forest City. 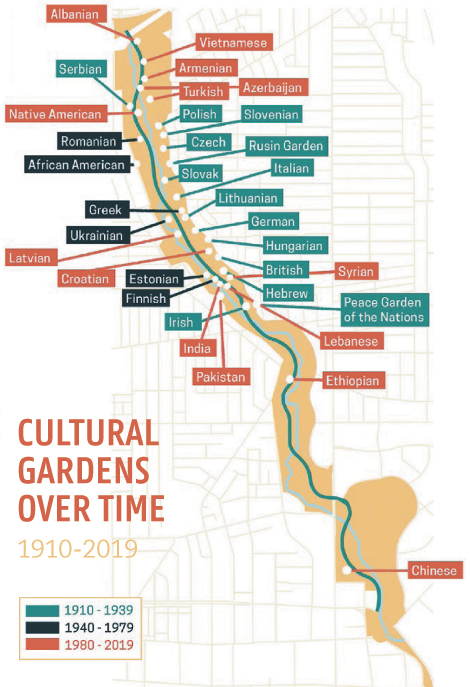 Cleveland Magazine  How did you gather the data for the maps?

Evan Tachovsky  For some, there’s already open data available from a government agency, like Cuyahoga County. That’s really straightforward because it’s well documented. There are the harder ones where you have to collect a lot of the data by hand. Some examples would be the historical maps. To get those breweries from 1900, I had to go back and look at a city register, kind of the phone book of that era, and pull out each brewery, get the address and figure out if it still exists.

CM  Why include more unconventional maps, such as the one on former and current music venues or the NFL players map?

ET  All these music venues hosted movements and were homes to people. So in my mind, they’re equally important to the city. With polka, my father’s family came from Bohemia, Czech Republic, so those venues are where they’re spending weekends, nights, where people get married. This is where it starts, where community happens. And thinking about football as part of Cleveland culture, it’s also something people use as a way to achieve something. It’s a way to get into college, move into a community or move out. The cultural stuff fills in the gaps left by just economic and infrastructure maps.

CM Why are maps the best medium to illuminate different truths about Cleveland?

ET  In their best circumstances, maps are elegant distillations of things that are hard for humans to see because they’re bigger than us. You can imagine mapping a trip between one city and another, but it’s physically impossible for a human to see that whole trip. A map distills that complexity into something we can use. And with historical maps, they’ve been used to discuss racist policies, to write people out of histories and more. This process of distillation — going from the big world that’s impossible for one human to understand to a world you can see on a page — is where the opportunities lie. To take a city with a long history and tell it through a series of maps, each might leave something out, but hopefully together, you get the foremost picture of what it feels like, how it ticks, the worst realities and the promise of the people there.

CM  What do you hope people take from the book?

ET  It’s trying to tell the story of Cleveland in a way that maybe it hasn’t been before, to communicate to audiences that may have some preconceptions. Someone who remembers Cleveland from the river catching on fire, they have one view. Then a band touring through Cleveland, they have another. I want to tell the story to different folks and get them to have a sense of pride, a sense of reflection and have something they can share.

The nonfiction author talks about the inspiration behind Cuyahoga, his first fiction novel, which debuts Oct. 6.