It took 2 minutes and 20 seconds for Mike Clum, Jake Barcus and Paul Schultz to go viral. Last year, Clum created a faux documentary about the world’s “worst” Walmart in America by taking two of his closest friends to the much-maligned Steelyard Commons location and filming their first parody project. Within two days, the video reached 700,000 views on Facebook and made a name for Taco Truck with its repertoire of comedic videos. “Mike told me, ‘If we do this consistently and full time, you’ll see results like you’ve never seen before,’ ” Barcus says. “I think that was the moment we knew we’d make it happen.” Since then, they’ve made about 30 videos, some of which have attracted millions of views while others are only on a low boil. The trio share their three favorite videos and the lesson learned from their worst outtake. 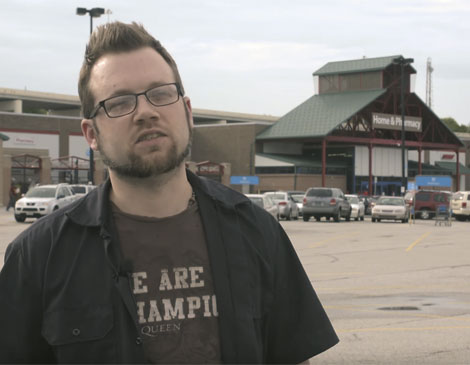 The Worst Walmart in America [Documentary Trailer]
778,000 FACEBOOK views
What started as an actual documentary turned into a two-minute parody of the Steelyard Commons Walmart with a mix of real interviews with Cleveland shoppers and set-up scenes. Shots of products laying all over the floor are interlaced with Barcus posing as a worker and yelling at the camera, and Clum protesting outside of the Walmart headquarters in Arkansas. “It is an original concept derived from something everyone hates,” Clum says. “We really got to break into the core of this horrible place that is the Steelyard Walmart.” 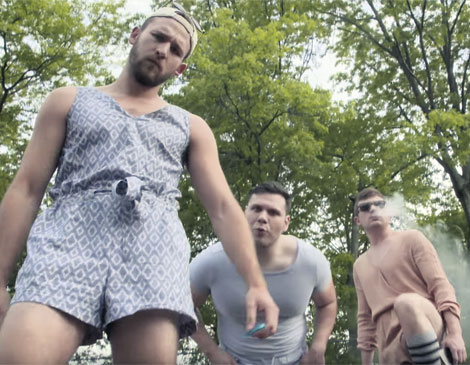 Pullin ******* In My Romper
5.8 million FACEBOOK views
Taco Truck took to the streets and showcased their rapping talents. The topic: rompers, a dress-shorts hybrid that has seen a major comeback in men’s and women’s fashion. Barcus and Schultz don skin-tight rompers as they make their way through a three-minute rap music video, which had 73,000 shares on Facebook. “It will always have a special place in my heart, because it was the first over a million views,” Shultz says. “Grown men wearing something so ridiculous and rapping about it being the reason as to why they are getting [girls] — it’s ironic.” 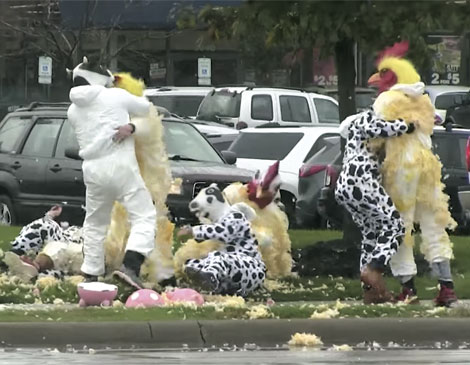 Chick Fil-A Brawl
39 million FACEBOOK views
Barcus has had the vision since high school — wear a chicken suit and tackle the Chick-fil-A cow mascot. To save money, the trio made their own costumes by attaching feathers and black cow fabric to painting suits with spray adhesive. The video opens with a single cow standing in front of the restaurant with a sign that says, “Eat more chicken” and ends with four cows and four chickens brawling, feathers flying and Barcus commentating the entire encounter. “That hit a million views in less than seven hours,” says Barcus. “We didn’t really expect it to do what it did.”

Summary: This mock trailer for a dark comedy follows Woody, re-cast as a vengeful cowboy doll, five years after his owner Andy died. But it took 3 months for it to gain enough steam to hit 98,000 views. Clum and Schultz say there wasn’t enough buzz on Toy Story at the time,  but Barcus thinks the trailer was too dark. Barcus’ Takeaway: “We learned to make the humor as obvious as possible. Sometimes we think it’s funny, but then it goes over people’s heads because they take it seriously.”