If you stop and listen, racial justice messages have been a part of music for decades. The Rock & Roll Hall of Fame’s newest exhibit, It’s Been Said All Along: Voices of Rage, Hope & Empowerment, aims to bring those voices to the forefront.

Open for one year and debuting July 25, the exhibit will highlight Black artists, both classic and contemporary, who have used their music to counter racial injustice. Pieces from Aretha Franklin and James Brown to Tom Morello and Miles Mosley show that there has always been a voice for racial equality in music. Currently, some artists are creating new songs or reimaging old hits in the context of the Black Lives Matter movement.

“Civil Rights 2020 is happening right now. People are speaking up and saying what they need to say,” says Nwaka Onwusa, curator and director of curatorial affairs. “It is our duty to reflect the time we’re living in, to share these stories and make sure people know that these artists have been saying it all along.”

While the exhibit will open to the public inside the Rock Hall, Onwusa says there are plans to have a virtual version available in September for those who cannot make it to the museum due to COVID-19. Whether you see it in person or virtually, here are three exhibit highlights you won’t want to miss. 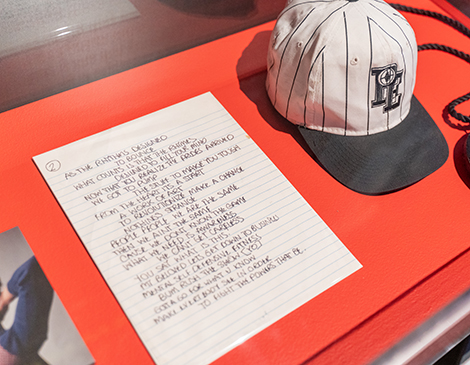 Public Enemy “Fight the Power” lyrics
First released as the theme to the movie Do the Right Thing, Public Enemy’s “Fight the Power” became an anthem praising freedom of speech while denouncing racism. “It’s great and sad at the same time that the message in that song is still relevant today,” Onwusa says. Public Enemy recently revisited their song in 2020 for the BET Awards. Joined by other Black artists, they added new lyrics referencing the Black Lives Matter movement. 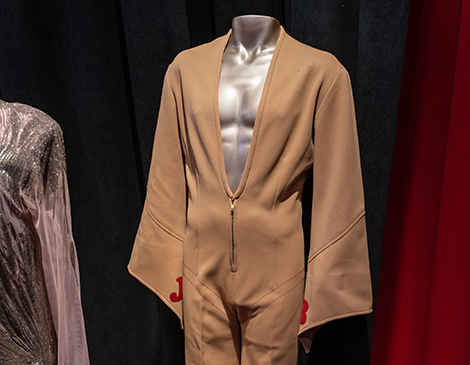 James Brown’s jumpsuit
Brown, known as the Godfather of Soul, was a Black cultural icon in the 1960s and ’70s. Through his music, he encouraged Black youth to continue their education and fostered Black pride. He also frequently performed benefit concerts for Black political organizations such as the Southern Christian Leadership Conference. “The statement that he coined, ‘Say it loud, I’m Black and I’m proud,’ raised awareness and empowered the Black community,” Onwusa says. “He was one of the loudest voices of that time.” 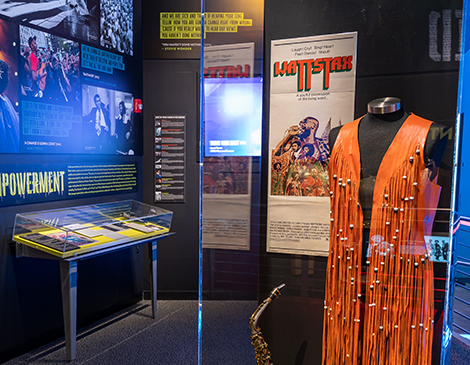 Wattstax film poster
Often referred to as Black Woodstock, the 1972 Wattstax Festival in Los Angeles was the largest gathering of African Americans at the time. It was organized in response to the 1965 Watts riots and countered the violence with a celebration of Black music ranging from gospel to pop. It featured artists such as soul singers Isaac Hayes and Kim Weston. “To me, it doesn’t get enough spotlight,” Onwusa says. “It was amazing, amazing performances.”

Amber N. Ford, Joyce Morrow-Jones and Erykah Townsend will get a chance to showcase their artwork and connect with the Cleveland community during their five-month residencies.

Collecting Dreams: Odilon Redon is a callback to the museum's roots, as Redon's work was first displayed there in 1925.

The art gallery, which started in the 1970s as an auction house in Larchmere, can now show more than 1,000 pieces.