From the vintage soundtrack of NFL Films to the fight songs of college marching bands, music has always been a vital part of the football experience. But the Super Bowl Halftime show is probably the biggest stage in music, with 103 million viewers tuning in 2021.

On April 23, ahead of the NFL Draft coming to town April 29 to May 1, the Rock and Roll Hall of Fame launches The Biggest Show On Turf: 55 Years Of NFL Halftime Shows. The exhibit, which runs through September, honors the history of the most-watched musical event in the world.

“The Halftime Show is the pinnacle — more people watch the Halftime Show than watch the game,” says Rock Hall CEO Greg Harris. “With so many of our inductees having played the Super Bowl, including Bruce Springsteen, Tom Petty, Paul McCartney and The Who, this was our chance to tell that story.”

From the outfit that Prince wore when he played Purple Rain to Katy Perry’s meme-famous “Left Shark,” the Rock Hall has collected an impressive display of memorabilia. But with video interviews and documentary footage, the exhibit also pays homage to the men and women behind the scenes who make these massive events run seamlessly.

“They change the field [into a stage] in a couple of minutes, then the artists perform for 12 and a half minutes and then they change it all back and resume football,” says Harris. “It's like an operation with military precision, and it's fun that we have some of the people that work on it telling their story and giving you the inside look at how they pull it off.”

Before you go, check out three of our favorite artifacts from the exhibit. More Info: rockhall.com 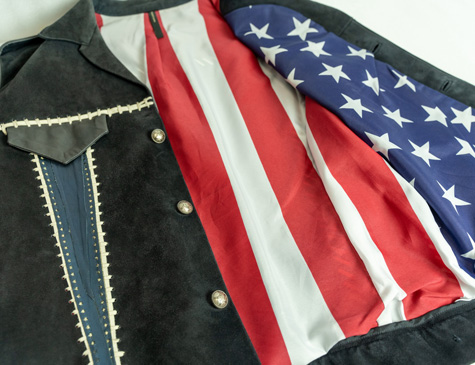 Bono From U2’s American Flag Leather Jacket
Five months after 9/11, Bono took the Super Bowl Halftime stage in this special-made, flag-lined leather jacket, which also features football lace-style stitching. This show of national pride has since been immortalized on the cover of Time magazine. “It was the first Super Bowl since 9/11,” says Harris. “It was our chance to celebrate our unity as a country.” 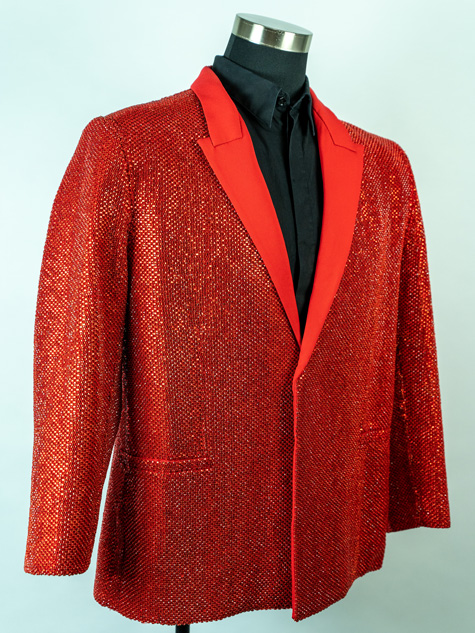 The Weeknd’s Jacket And Infinity Room Stage Prop
The exhibit’s biggest photo op will most likely be from the most recent Super Bowl Halftime Performance. Visitors can actually step inside The Weeknd’s Infinity Room, another meme-famous Super Bowl moment, to experience all the lights and mirrors that created the 2021 event’s most memorable and breathtaking optical illusion. The Weeknd’s jacket and choir robes are also on display. “It’s a little bit like a house of mirrors that you’d go in when you were young,” says Harris. “But it’s the very same one that was used in the Super Bowl.” 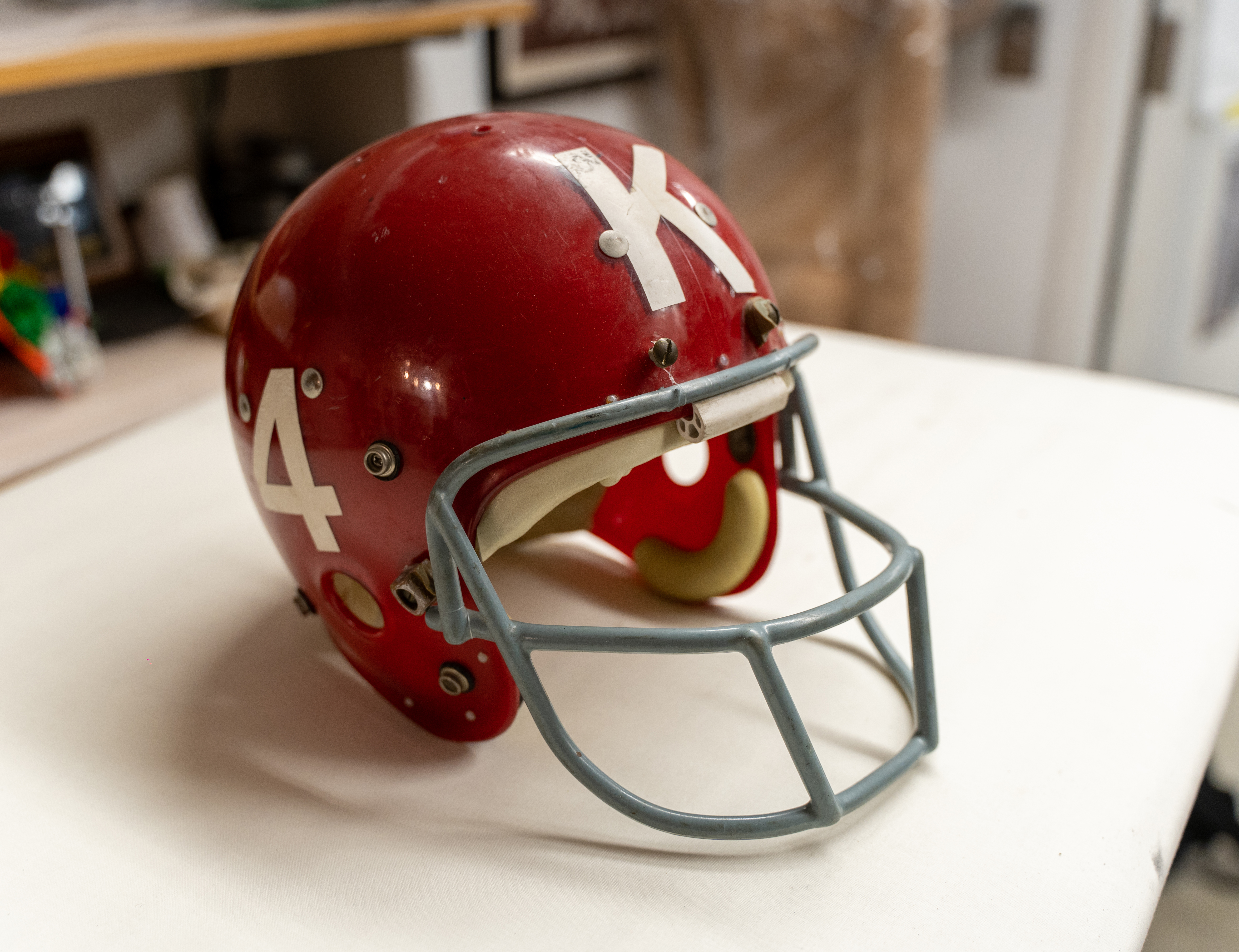 Roger Daltrey’s Football Helmet From The Who’s Odds & Sods
While most of the pieces in the exhibit come from Super Bowl Halftime shows, there are some other football-adjacent pieces. One such artifact is The Who lead singer’s helmet from the band’s 1974 album, which also sits aside the lighting grid and stage plans from the band’s 2010 Super Bowl performance. Joe Walsh’s University of Texas jersey, which he wore during the Eagles Long Run tour, is also on display. “We looked at the history of football and rock and roll and there’s all these examples of artists wearing football jerseys and helmets,” says Harris.

Angelo Merendino's newest photo portrait project is based around a simple question: 'Why did you become a nurse?'

The Akron-based artist talks about the motivation and inspiration behind her work.

Check out the theatrical video collage from artist Alicia Grullon before it closes March 19.