Update: This story has been updated from its original post with new information about the restaurant's opening.

Walking into the former XO Prime Steaks location is a breeze. Gone are the decadent chandeliers and boutique-style elaborate private dining rooms. Lola and Luca Sema have torn down the walls and opened up the space, exposing the 1856 building's original wooden beams and brick walls for an open dining concept that is now the home of their third restaurant, Acqua di Luca.

"We like the open concept," says Lola. "It's a historical building, so we're trying to leave some of the history, but an open concept makes it less stuffy. 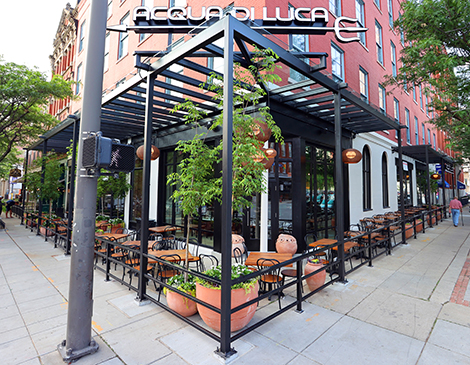 Walking into the new entrance of Acqua di Luca, guests will be greeted with a view of an open kitchen, wherein Luca and crew will cook up a slew of Italian seafood dishes inspired by recipes they've known since their time as teenagers in Albania and Italy.

"It's going to be completely different," says Luca. "It'll be totally separate from our other locations." 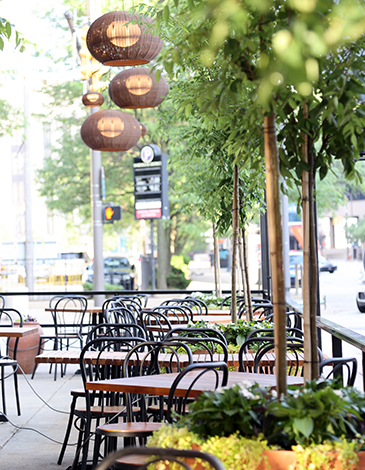 In September, the Semas swept up XO Prime Steaks after it's sudden closing during the pandemic. But the opportunity had long been a goal of Luca's as he's been dreaming up ideas for a seafood-heavy menu for two years now. The menu will be ever-evolving, changing on a near-weekly basis to reflect the sourcing of a variety of fish including branzino, trout and more. In addition to pastas and salads, a daily selection of fresh oysters will also be available, as well as seasonal specials such as a roast osso buco. A particular standout on the menu, and what Luca says is an excellent introduction to the restaurant: the Mare seafood platter with mahogany clams, mussels, calamari, shrimp, whole lobster, scallops and Alaskan king crab legs. 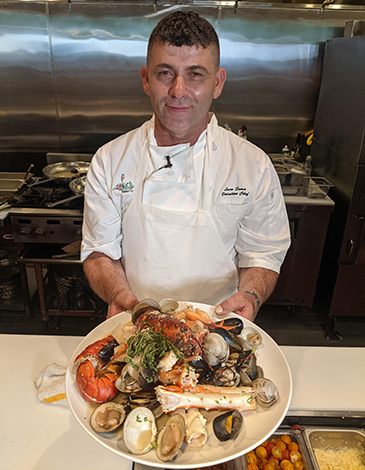 "Seafood has been my favorite thing to do since the beginning," says Luca.

The 200-seat restaurant includes an enclosed outdoor patio with 60-65 seats situated along West Sixth Street. A set of retractable NanaWalls near the old XO entrance separates the patio from the open dining room, effectively creating a seamless, relaxing environment for inside and outside diners. In the next few weeks, Luca will also offer a smaller bar menu for those interested in smaller fare, including salads, pastas and three pizzas: a black truffle version, a wagu beef version and a lobster version that uses the same Maine lobster that's used in other entrees.

"It's hard to come up with a vision in a place like this," says Lola. "But you work with what you have."