An editor once told me to give readers moments of delight. Maybe then, we should hire Mason’s Creamery owners Jesse Mason and Helen Qin, who have been doing just that since 2013 when the couple moved from Los Angeles to Cleveland and opened their small-batch outdoor ice cream parlor in Ohio City. Nearly 10 years later, the corner of Bridge Avenue and West 44th Street defines Cleveland summers. 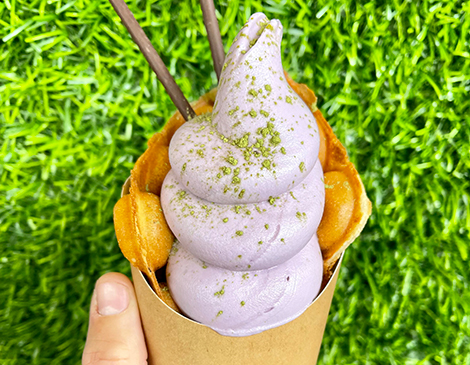 There’s always a new whimsical flavor to cool you down thanks to a one-gallon-at-a-time approach, which produces eclectic, often-Asian-leaning flavors such as the sweet-and-nutty taro made from purple sweet potatoes or the swirled vegan black vanilla and pumpkin.

Last summer, a cone of Ohio sweet corn offered one of my favorite bites of the year. And when the mosquitos turn to snowflakes and the shore freezes over, Mason's focus shifts to Korean corndogs and bowls of traditional ramen with more moment-of-delight touches such as Flamin’ Hot Cheetos, pastrami and raclette. masonscreamery.com