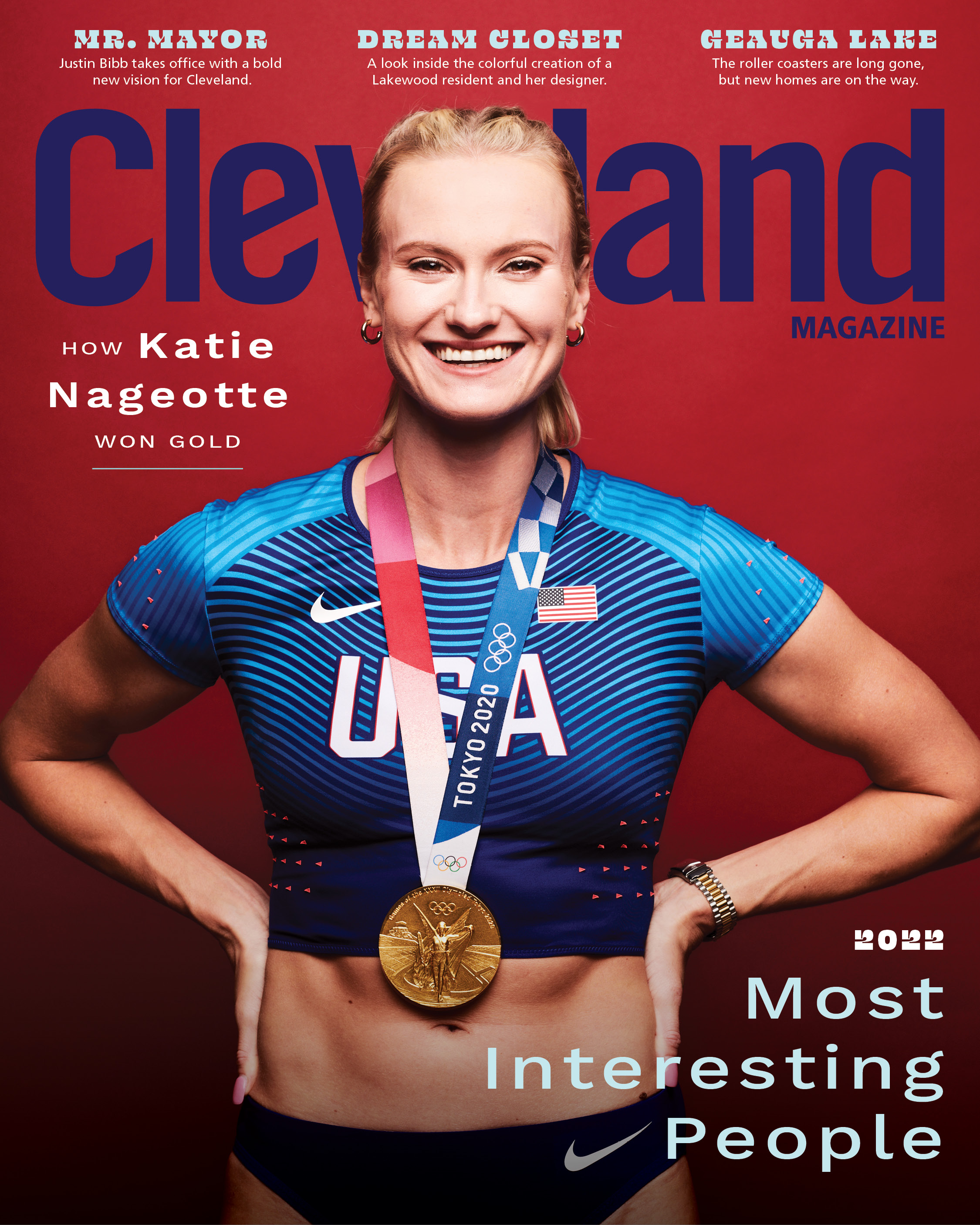 What does it take to reach new heights? To vault to Olympic gold, win hearts on the campaign trail, rise up past abuse or succeed in whatever corner of the world you’ve carved out for yourself? The answer is talent plus perseverance plus belief — and it’s exemplified by our 30 most interesting people of 2022.

Warm Up This Winter With These Five Cleveland Pastrami Sandwiches

From traditional pastrami sandwiches to more unconventional takes, these corned beef and rye bread combinations are the ones to try.

Word of Mouth: Eugene Chef Michael Schoen Cooks (and Eats) What He Loves

The chef behind one of Cleveland's best burgers, served up at BottleHouse Brewery in Lakewood, spills the details on his favorite spots in Cleveland.

The Heart of Gold chef runs a barebones kitchen operation to help pay his employees well and keep prices down.

This off-season, Barren helped lead the Guardians to a new name — and a new future.

With an assist from LeBron James, this Cleveland muralist used her brush to celebrate her community.

What does it take to reach new heights? To vault to Olympic gold, win hearts on the campaign trail, rise up past abuse or succeed in whatever corner of the world you’ve carved out for yourself? The answer is talent plus perseverance plus belief — and it’s exemplified by our 30 most interesting people of 2022.

A newbie to the Cleveland news scene, Dillard has spent the past year learning to love Cleveland.

Editor's Note: 30 Clevelanders Who Are Going for It

Author of the fantasy novel Swordspoint, the author and Shaker Heights native is inspired by life.

For Weiss, a professional dog show judge, his career was love at first sight.

Evan Mobley is definitely a new Cavs player to watch.

Have a thought about what is (or isn't) working with the Browns? Then it's time to call Bush.

Geauga Lake Will Be Home to a New Housing Development

The old amusement park site will soon have a second life thanks to Solon’s Industrial Commercial Properties.

After a year of setbacks, Nageotte vaulted to gold in Tokyo last summer.

The creator of a graphic design company and food delivery service, Gonzales is making her mark on Cleveland.

The self-described introvert is ready to start a new Jeopardy! winning-streak in the Tournament of Champions.

A fighter from the time she was young, Eye is all about compassion and empathy.

This Cleveland TikTok creator has gone viral by celebrating the 216.

Huang has been an integral part of the Stop Asian Hate Movement in Cleveland.

There's a new mayor in Cleveland — and his love for the city runs deep.

Reynolds is ushering in a new generation of Spider-Man fans with the creation of Miles Morales.

The 24-year-old musician and videographer pulled from her own experiences and her faith to create meaningful art.

This confection queen's homemade macarons have built up a national following.

The Mallorca owner fought through the pandemic to support her employees.

Look Back: The Westlake Hotel Fire That Engulfed Northeast Ohio in Smoke

This Browns photographer loves the challenge of capturing the action.

While he didn't find love on The Bachelorette, Allio is finding his way forward after tragedy.

An entertainer through and through, "The Miz" has done it all.

A man of many instruments, Nathan-Paul embraces multiple genres and sounds.

The Ideastream senior reporter's After Jackson podcast gave Clevelander's an indepth look at the election.

While Northeast Ohio is on the brink of losing one news outlet, two more innovative projects are in the works for 2022.

After making his debut at New York Fashion Week last year, the designer behind the local brand, WIlliam Frederick is on the rise.

Last year's shooting on the set of Rust, combined with a nationwide push for better working conditions, has impacted sets in Northeast Ohio.

From Leon Bridges to Bill Burr, there's no shortage of things to do in the first half of the new year.

3 Things to Know About Evergreen Fog, Sherwin-Williams' Color of the Year

Evergreen Fog gets in on the national trend of interesting neutrals gaining ground.

From learning where and how to look for art to where to place it, Gent has tips for novices and experts alike.

This Victorian Lakewood Home Is a Trip Back in Time

Alexis and Pete Grapentien entrusted close friends, small businesses and local vendors for an intimate affair that was uniquely "them."

Capture Your Wedding Day Perfectly With These Photography Tips

Local photographer Shelly Duncan breaks down the things to know when hiring a wedding photographer for your big day.

Jay Yoo's Bolstr brand marries the best parts of a backpack and a holster.

From a climbing gym to some of the best breakfast in the city and a cozy bookstore, this neighborhood has something for everyone.