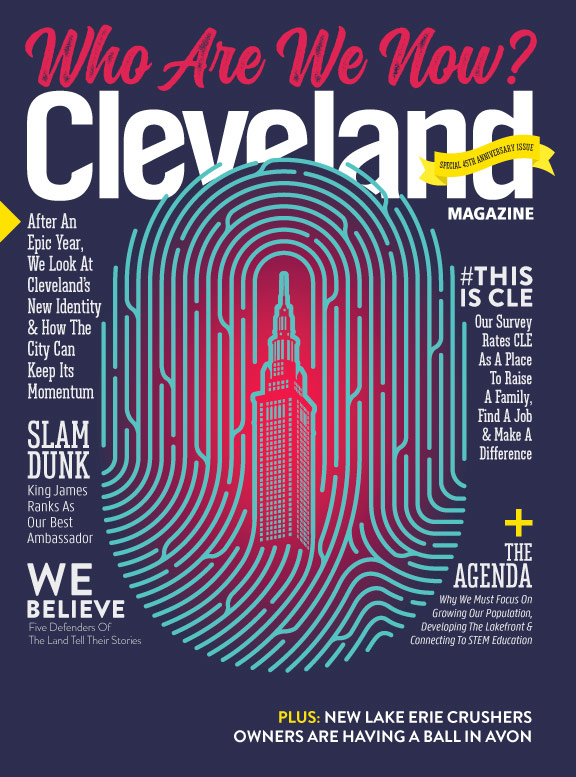 Local chefs share their refreshing takes on the seasonal superfood.

Get your game on at this new rooftop spot.

We searched high and low for these dessert gems.

Fill Up At These Three Divine Summer Dish Festivals

Our prayers have been answered.

Check out the impressive all-day breakfast menu or the paratha bread-wrapped Frankie.

Kingfish Hooks Us With An East Coast-Inspired Menu

Executive chef Mark Standen creates an ocean's worth of surf and turf gems.

They gave their parents a shock.

As the Americans with Disabilities Act turns 27, Clevelanders must embrace cultural change and make proactive accommodations for people with disabilities.

Build The Sandcastle Of Your Dreams

Dig into these three tips for building the ultimate sand sculpture.

As the minor league owners of the Lake Erie Crushers, Tom and Jacqueline Kramig are stepping to the plate with new branding, wacky promotions and fun events to attract fans. Will they hit a home run?

CLE Dog Magazine Has Us Barking For Joy

From doggy owner profiles to places to take your pup, the new pub has given us a new leash on canine life.

Turning your dream house into a home is all about the journey.

It's a fitting time to re-examine who we are as a city.

In honor of our 45th anniversary issue Cleveland Magazine staffers look back to our favorite moments.

Reconnect With Nature As The Cleveland Metroparks Turns 100

One of the most tenured employees reflects on the growing park system.

Before Cleveland became a hotbed for T-shirt culture, Nightsweats and T-Cells raised awareness and created hope for those with HIV and AIDS. Now after 27 years, its brand of screen-printed activism continues the fight and inspires a new generation.

School is out for the summer, but these classes hit a sweet spot.

Who Are We Now?

In one whirlwind year, our city claimed an NBA championship, hosted a national political convention and continued development downtown and in the neighborhoods. But as Cleveland sheds its Mistake on the Lake identity, we confront our shifting identity, ask what it might take to continue the momentum and set an agenda for the future.

Who Are We Now? Inside The #CLE Psyche

We recruit comedian Mike Polk Jr. to probe the depths of our insecurities, neurosis and newfound pride.

Who Are We Now? Our Obsessions

From Ralph Perk's wardrobe to Frank Jackson's Twitter account, we evaluate how our infatuations from 1972 line up with today's trends.

Who Are We Now? Project Check-In

Here are three areas that need a renewed focus.

Who Are We Now? What We Learned From Downtown Development

Who Are We Now? What We Learned From Public Square

Land Studio executive director Greg Peckham on what the renovation of Public Square has taught us.

Who Are We Now? What We Learned From The RNC

Who Are We Now?: Voices Of The Land

Catch some cocktails and a killer sunset at this new hot spot.

The author's new book examines the importance of self-awareness in the heat of relational turmoil.

We chat with its new director about her writing style, Cleveland authors and more.

Can't get to U2 or Billy Joel? No problem.

Summer Hair How-To: Get This Look In Minutes

Manifest co-owner and stylist Jamie Spaid puts a twist on the ponytail.

From what type of boat is best for you to the best places to dock, we've got you set to sail.

Get A Better, Brighter Smile

Digital dentistry and advances in cosmetic dental procedures are worth smiling about.

Advances in cosmetic surgery and procedures make it easier than ever to counter the effects of aging.