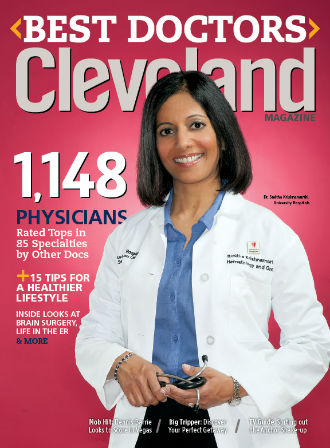 For an easy escape, just add wine. Gervasi Vineyard in Canton makes for the perfect night or weekend away.

Ruthless gerrymandering has yoked parts of Cleveland and Toledo together in one congressional district. That gives Clevelanders an unusual choice in the March 6 Democratic primary: Dennis Kucinich or Marcy Kaptur. Both are liberals, but they have very dif

The Agora Theatre is changing hands after 25 years as part of a plan to put a fresh face on the legendary Euclid Avenue property.

Voting is open now. Click here to choose your favorites.

John T. Corrigan wasn't perfect, but he would've raged at his successors' failure to stop corruption. Voters should demand more from the candidates on March 6.

The city's TV news landscape has seen monumental shifts in its morning and evening anchor desks during the past several months. Here's our guide to the onslaught of promotions, departures and new faces.

Joan Rivers talks about her shows, tour and how nothing is off-limits.

Cast out of the art world, Dennis Barrie reinvented himself as a museum-making pop-culture historian at the Rock Hall and Washington's Spy Museum. Now, he's bringing the secret history of Las Vegas, and America, back to life inside Sin City's new Mob Museum.

Local pros offer their advice for re-imagining your backyard.

If the Shoe Fits

Celebrities such as Carrie Underwood and Juliette Lewis already have their hands (and feet) on Cleveland native Ryan Haber's shoe designs.

A Taste for Travel

A Taste for Travel: Cooking Out

A Taste for Travel: Find Art

Much more than a place to lay your head, 21c Museum Hotel brings galleries and dining right to guests.

A Taste for Travel: Go Deep

Indiana's caves comprise miles of passages and rocks ready to be explored by boat or on foot.

A Taste for Travel: Scoot Over

Seeing Chicago via its lakefront trail lets the family experience the city and its attractions in a new way.

A Taste for Travel: Steel Away

Pittsburgh's classic elegance and casual charm let's you fall more in love with the city and each other.

Best Doctors 2012: 15 pieces of wisdom for a healthier lifestyle

Patients with epileptic seizures seek out the Cleveland Clinic's Dr. William Bingaman, who does almost 200 surgeries a year.

Akron General Medical Center's Dr. Nick Jouriles has to be ready for anything inside the emergency room.

Northeast Ohio's independent schools and colleges offer insights into getting the most out of your education.

Grades, standardized tests and college acceptance make it difficult to encourage risk-taking in the classroom. But the 21st-century skill is finding new advocates in area schools.