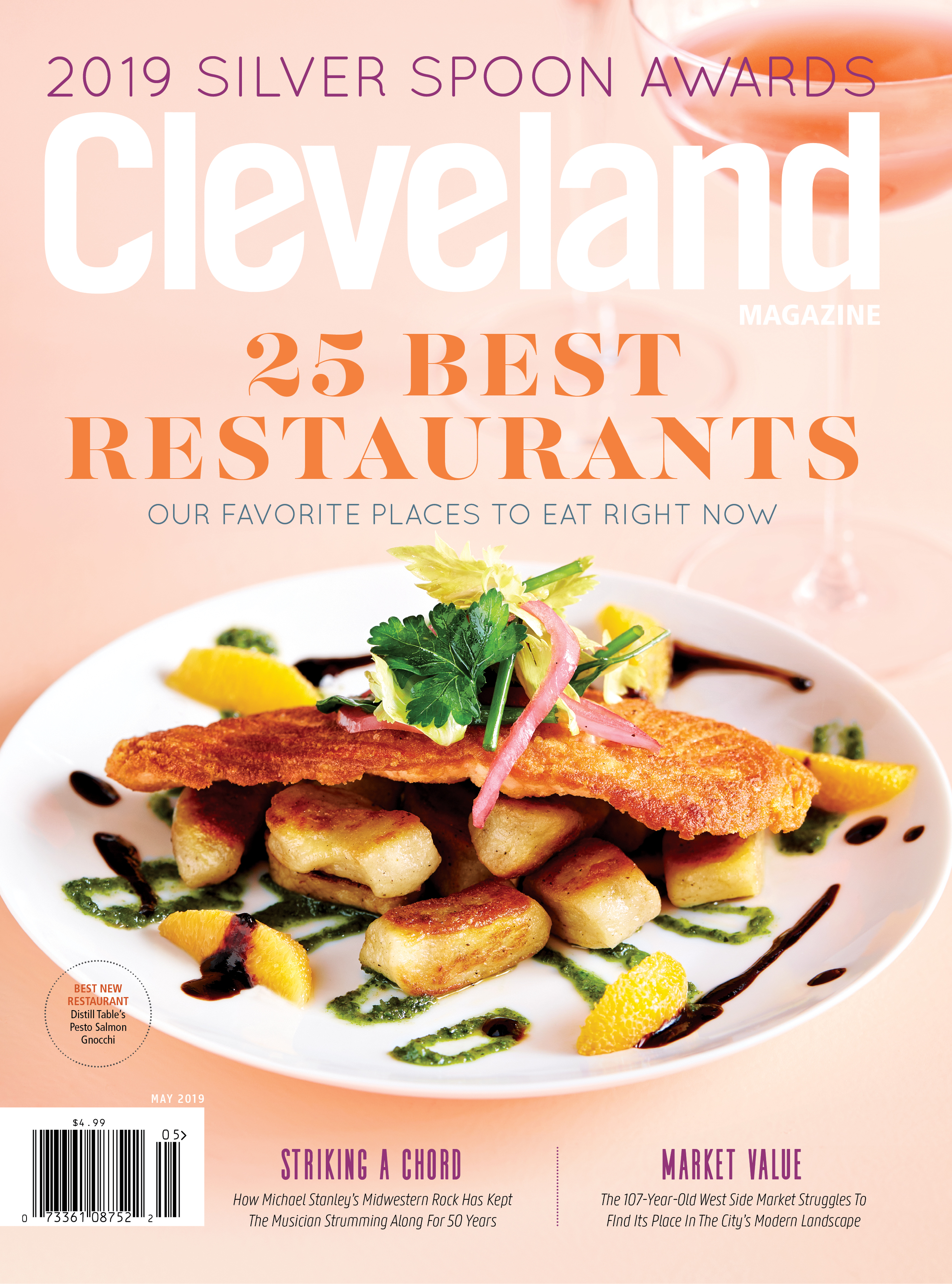 Say "Opa!" and grab a glass of wine at this laid-back Gordon Square gem.

What this year's list of 25 best restaurants says about Cleveland's dining scene.

The Bainbridge eatery is like a family dinner with way, way better bites.

This Ethiopian spot in St. Clair-Superior has an air of perfection.

After 20 years, chef Karen Small has proved herself a culinary pioneer.

Meat and fish play the main role, but this downtown Willoughby spot isn't afraid to challenge you.

The Chinese restaurant won us over with its xiao li bao — or soup dumplings. But it's so much more than just that.

This Mayfield Village spot mixes our two favorites — barbecue and tacos — into a Tex-Mex delight.

You'll come here for the creative, fun takes on bubble tea, but you'll stay for the Thai street food.

The Fairport Harbor small plates spot is one of the East Side's hottest seats.

This Tremont spot thrives by not "over-chefing" its inventive menu of small plates.

The meat and potatoes behind Downtown's best steakhouse.

This Tremont experience is a culinary exploration of Japan.

The dough makes this Cleveland Heights pizza joint well worth your dough.

This year's best new restaurant is as local as it gets.

Forget the tacos and margaritas. Honor the significance of the Mexican holiday with these traditional dishes and drinks.

Northeast Ohio's culinary scene has become a reputable region where chefs use locally grown ingredients to create simple, yet innovative dining experiences bursting with flavor. We've got your next dining excursion covered with these seriously great takes on steaks, stews and shareable plates.

With two versions, this is the ketchup to our Stadium Mustard.

Edible Flowers And Herbs In Your Northeast Ohio Garden

The executive chef liaison at the Culinary Vegetable Institute at The Chef's Garden shows us four flowers you can eat.

The crew behind the popular food truck opens a brick-and-mortar in Rocky River.

The Battery Park brewery partners with the Cleveland Zoological Society.

The former sports reporter quickly formed a bond with his co-anchors Maureen Kyle and Hollie Strano.

Does The Cleveland Flea Serve The St. Clair-Superior Neighborhood?

The market spurred a maker boom and draws ever-larger crowds. But is that helping its neighborhood?

East Side Market Feeds Its Community

Features such as a clinic and test kitchen are set to launch this month.

For The Love Of The Runner

One writer discovers that loving a runner is a long-distance race.

From The Heartland: A Michael Stanley Retrospective

As Michael Stanley celebrates 50 years of music and receives the Cleveland Arts Prize's Lifetime Achievement Award this month, we strum through his life and career.

Rock Hard Picks Are Made From Fighter Jet Materials

Jerry Mearini mashed-up his NASA background with his musical know-how to create a scientifically advanced plectrum.

Shaker Square Is Getting A Makeover

Here are the features we'd like to see make the final design.

Who Will Save The West Side Market?

The 107-year-old West Side Market faces a record number of vacancies and struggles to find its place in our modern landscape. Will Mayor Jackson turn over control to a nonprofit organization or make it a priority to save one of Cleveland's crown jewels?

Over the last 20 years, photographer Joe Vitone captured portraits of his loved ones living in Akron.

Central Concern Is A Bouffon On Racist Real Estate

To celebrate, it's displaying a selection of its masterworks.

Rooms To Let: How To Make Art In Unlikely Places

The DIY art installation's sixth annual event is May 18 and 19 this year.

John Petkovic and Patrick Carney team up for a truly Akron release.

This Playlist Is A Flashback To The '90s

With New Kids On The Block and others hitting the Rocket Mortgage FieldHouse May 4, we give you some deep cuts we love.

Chris Beers, a trained KonMari consultant, gives us some tips on organizing your home.

5 Seats To Take This Spring

Everything is in full bloom and your backyard is perfectly tranquil. Now all you need is the right place to sit and soak it all in.

Sara Taylor of Taylor Design Studio takes us inside the renovation project.

This Mother's Day gift guide has something for every mom.

The Lakewood boutique spreads a body-positive message with clothes and accessories that flatter women of all shapes and sizes.

Whatknot Bow Tie Co. Ties It For You

We feature three great bow ties you can find at the downtown shop.

The Lake County Captains are embracing their Hispanic and Latinx heritage this season with a team takeover.

From a rib cook-off to a fun run, there's something for everyone this Memorial Day weekend.

The Nickelodeon show comes to the Akron Civic Theatre May 16.