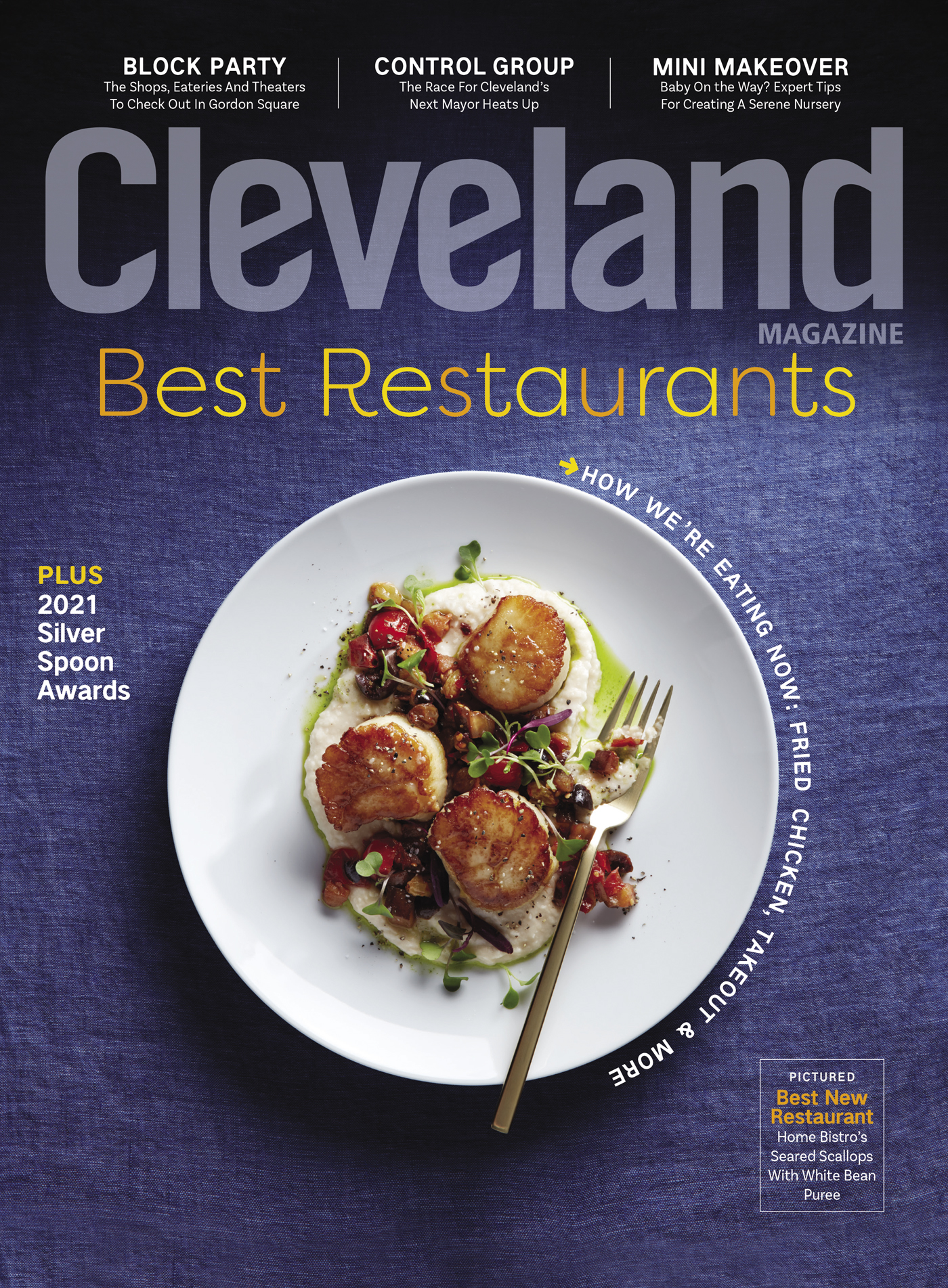 From pizzas to tacos, New American comfort food and tightly packed sushi to decadent multicourse meals, the Cleveland food scene is finding new ways to thrive. Plus, the up-and-coming chefs we're most excited about.

5 Hummus Dishes Made In Cleveland You Should Be Eating Now

From Mama Mary's pickle hummus to Zaytoon Lebanese Kitchen's roasted jalapeno hummus, these five options are worth scooping up.

The new takeout concept brings together a diverse array of options under one Cleveland roof.

From pizzas to tacos, New American comfort food, tightly packed sushi and decadent multicourse meals, these restaurants have made a lasting impression over the past year.

The COVID-19 pandemic jump-starts the ghost kitchen trend in Cleveland with options such as Good Meal Jane and Amba.

Best Restaurants: How 5 Dining Spots Expertly Pivoted During The Pandemic

By rethinking how they operate, Pub Frato, Zaytoon Lebanese Kitchen, Sauce The City, Rood Food & Pie and Bar Italia found new ways to do what they do best.

From pizzas to tacos, New American comfort food and tightly packed sushi to decadent multicourse meals, the Cleveland food scene is finding new ways to thrive. Plus, the up-and-coming chefs we're most excited about.

Best Restaurants: How Cleveland Restaurants Have Adapted To The Demand For Casual Dining

With the opening of the new Warehouse District restaurant, the former personal chef is ready to wow the city with his interactive dishes.

A Sauce the City Food Hall staple, Twisted Taino is expanding to a second location in Parma that will house catering, carryout and delivery services.

Thyme Table's pastry chef has been serving up intricate delicacies and sweets for the last three years.

The Roaming Biscuit and FatBoy Sammies are among area pop-ups finding success.

The former nurse turned chef tells us why she's ready to take Cleveland by storm with her homecooked, comfort-food style out of Ohio City's Sauce The City Food Hall.

The 'quasi-nomadic' chef and Greenhouse Tavern alum is settling down with a communal Lakewood brewery menu inspired by his ancestors.

Challah At Meg Rolls Out Classic And Inventive Treats

From making at-home tortillas to lovely twists on salsa and guacamole, Taco Tuesday gets a boost from the chefs behind Nuevo Modern Mexican & Tequila, Twisted Taino, Momocho and El Carnicero. Plus, a hot sauce we love.

1965: A Historic Discovery Is Made Under A Highway

Three things you need to know about the offensive lineman from Notre Dame, who is likely to get drafted in the first or second round.

3 Cleveland Mothers Share Parenting Tips For All Stages Of Motherhood

From toddlers to teens, these area moms break down why motherhood is so important to them.

More public lakefront parks could be on the horizon thanks to the Cuyahoga County Lakefront Public Access Plan, which seeks to change how we think about Cleveland's shoreline.

After a pandemic year of takeout, editor Kim Schneider examines Cleveland's dining scene and relishes in the joy of her first meals out in a year.

One writer shares a story of memory, loss and the ways she honors her loved ones' stories.

How The Irishtown Bend Project Could Rejuvenate Cleveland's Near West Side

A five-year collaborative project between Land Studio, Cleveland Metroparks, Ohio City Inc. and others aims to turn a forgotten hillside into a 23-acre community park.

How The Secret Tea Society Forges Connections Through Conversation

Looking For A Job? These Three Industries Are Hiring

The Race Is On For Cleveland's Mayor Seat

After 16 years in the hands of Frank Jackson, the Cleveland mayorship is up for grabs. With Justin Bibb, Kevin Kelley, Zack Reed and others stepping up to the plate, could this year's candidates usher in a new model of power?

Angelo Merendino's newest photo portrait project is based around a simple question: 'Why did you become a nurse?'

Singers Ryan Humbert and Emily Bates discuss recording during the pandemic and Cleveland country music ahead of the album's April 30 release.

A Cleveland Designer's Guide To A Perfect Baby Nursery

From picking out the layout, colors and furniture, the possibilities for baby's room are endless. Plus, how to baby proof and more.

Three Things To Know Before Building A Deck

Fred Haun, owner of DeckCreator, gives us an insight on materials, style and more.

From handmade cards to mittens made from recycled sweaters, you never know what you'll find in this Mantau shop.

Three Ways To Get The Perfect Summer Nails

From Flight Cleveland to Blue Habanero, Cleveland Public Theatre to Fount, here are a dozen spots to hit in the West Side Cleveland neighborhood.