Beyond all the traditional business, health, education and science degrees offered at Baldwin Wallace University, one degree has gained traction in recent years, leading graduates into unique music industry jobs.

The university’s music industry major, established in 2018 as an offshoot from its arts management track, has thrust students into careers at the Rock & Roll Hall of Fame, the Agora and Cleveland radio stations. Some have taken positions to direct local organizations like the Canton Symphony Orchestra, or going on tour with major artists like Luke Bryan and Kacey Musgraves.

In its four years of existence, the music industry major has drawn students from around the country and has even earned national attention. It recently landed on Billboard’s 2022 ranking of top music business schools, also making the list in 2020.

BWU’s music industry focus stands apart from Northeast Ohio schools with stellar music majors (look no further than the Cleveland Institute of Music or Oberlin College for nationally ranked performance-oriented programs). But BWU centers its industry program around entrepreneurship — how artists, technicians, managers and more can make a living in the scene.

“I think we realized we were pumping out classical performers without, necessarily, jobs to support them,” says Sean Murphy, the area coordinator for BWU’s music industry degree. “A lot of schools have been looking to grow outside the traditional conservatory. We’re trying to maybe democratize the conservatory a little bit, and offer these programs that are more in line with what we see for 18 to 24-year-old people today.”

The four-year Bachelor’s degree incorporates classes on copyrights, touring, live music, contracts, publishing, management, marketing and more – but a big part of what makes the program stand out is its direct involvement with Cleveland’s music scene. 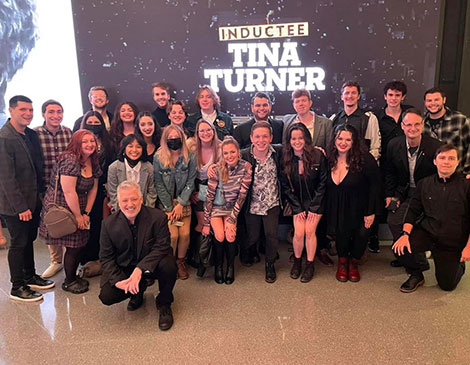 “Schools adopt this kind of instruction at their own pace,” Murphy says. “There don’t seem to be as many schools that have adopted a standalone degree in this area, that would push it beyond supplemental instruction. This is career-focused content – employable skills in this sector – versus doing a supplemental thing.”

That approach is catching on locally. This fall, for the first time, Tri-C’s Recording Arts Technology (RAT) program reached an articulation agreement with BWU’s music industry major. Students can study for two years at Tri-C, then transfer to BWU for the final two years of the program, earning a Bachelor’s degree in the process.

Vennie Palmer, the RAT program manager at Tri-C, sees the agreement as another way to further the success of the community college’s program. Since it was established in the early 2000s, the RAT graduates have gone on to lead operations at Playhouse Square, tour with Lady Gaga and Alanis Morissette, and — even — win Grammy awards for production work with musicians.

Palmer himself is one of those success stories. Originally, Palmer completed a business degree at BWU in 2004, and he later enrolled part time in the RAT program in 2012, which he finished in 2016.

After getting a master’s from Full Sail University last year, Palmer interviewed for and became the program manager of Tri-C’s RAT program in November 2021.

Since starting, Palmer has introduced new programming, including a new Masterclass lecture series — and also led the effort to connect with BWU’s Music Industry program.

The partnership is a symbiotic one, helping BWU’s music industry program by opening up access to Tri-C’s expansive recording equipment.

“We don’t have the robust infrastructure and technology that they have there. We have one recording studio in the basement here,” Murphy says. “I think both institutions have a lot to offer each other.”

Cleveland Schools are Struggling to Find Teachers, Janitors and More

We talked to leaders from Lorain, Western Reserve, Parma and more about how they're combatting the problem.

We break down all the stats, from tuition to test scores, that you need to know to choose the right school for your family.