"It's him, it's Fred," longtime Playboy fashion director and talk-show circuit veteran Robert L. Green told Cleveland Magazine in June 1977 when asked why WEWS Channel 5's The Morning Exchange, a Cleveland magazine-style morning talk show, worked so well. "He's so sincere. He demands that you be likewise. This is not the place to perform, to do your brittle witty act. Here you simply talk... like you would do to your pastor."

Fred Griffith, age 90, died July 19 in a Solon nursing home surrounded by family, cleveland.com reported. Described in our pages as "a bright Mr. Niceguy," Griffith hosted The Morning Exchange for 27 years as well as Good Company on WKYC Channel 3 for 12 years, retiring from a 53-year Cleveland broadcasting career in February 2012. 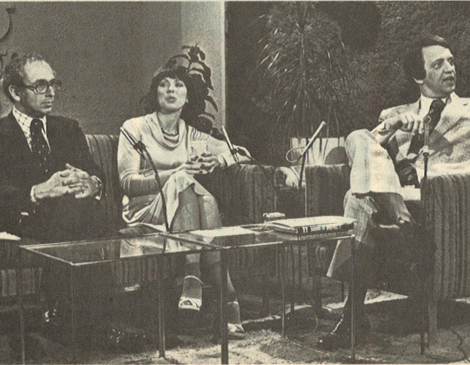 Griffith was known for his egoless, everyman and gracious approach to broadcasting, and he extended that to his interactions with Cleveland Magazine. Griffith graced our covers three times, including in June 1974 and 1977 and April 1985. The cover stories, full-length features and longform interviews read like a timeline of Griffith's career, from The Morning Exchange's savior to "million-dollar TV star" of the most popular local show in the country.

Many of those stories, however, also highlighted a different angle to his appeal: women's fondness of him. The headline of the April 1985 cover, in which he's covered in lipstick, asks "Why 250,000 Women Love The Million-Dollar TV Star." Read this 2007 Q&A with his Good Company co-star Andrea Vecchio for more on his enduring appeal. 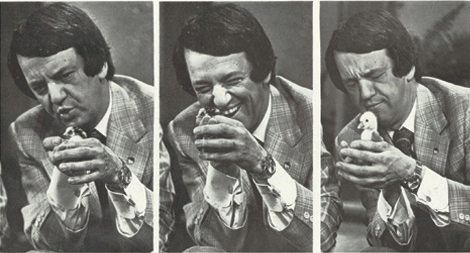 In addition to his resume as a Cleveland TV legend, Griffith's curiosity and zeal also lead him to co-author seven books about food, travel and his adopted hometown of Cleveland. The 1997 book Fruits, Vegetables & Grains, written with his wife Linda, director of the Cuyahoga County Hospital Foundation, even won a James Beard Award. The world traveler even visited all the continents with a stop at the Galapagos Islands.

“He died quietly and peacefully, with his three children at his side,” his daughter, Gwen Griffith told cleveland.com. “He was surrounded by family. The one thing I’d like to say is that he loved every single fan who ever said hello to him or stopped to talk to him. He posed for pictures and signed autographs and listened to their stories. He taught us how to be kind. That’s who he was."
Share this story: