The animal kingdom is weird and terrifying. Check out these freaky facts about some of the animals on the prowl during Cleveland Metroparks Zoo’s Boo at the Zoo Fridays through Sundays Oct. 11-27

The Head Twister
The barred owl, named for its feathered markings, appears majestic. But fans of The Exorcist will be pleased to know this creature has twice as many vertebrae as humans. “This owl can turn its head about three-quarters of the way around,” says Jim Nemet, one of the zoo’s education managers. 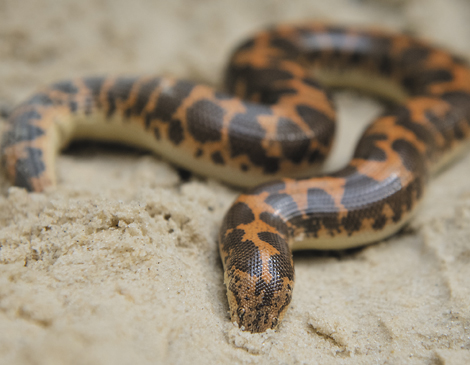 Buried Alive
Like a hand reaching up from the grave, the Kenyan sand boa spends most of its life underground, surfacing briefly to capture its prey. “They might come up, grab their prey, take it back under the sand to suffocate it, or wrap around [it] and then swallow it whole,” says Nemet. 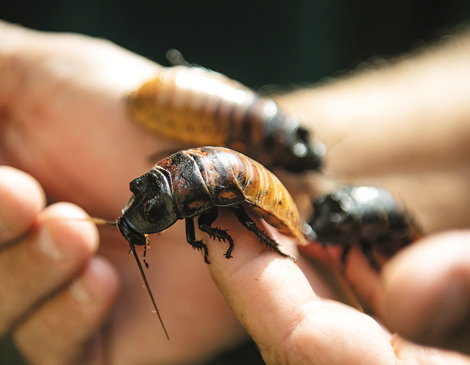 Hiss Story
The Madagascar hissing cockroach is a step up from your average at-home infestation. Twice the size of our Ohio variant, their hiss is caused by quickly expelling air through holes in their abdomen. “When they contract their muscles, it makes a hiss noise,” says Nemet.
Share this story:

The annual Flats music and arts festival is pivoting to a monthly livestream event and smaller, socially distanced in-person event.

There's more than enough to do this weekend, whether you're in the mood for virtual performances, new art exhibits or even some fine dining.