When the People speak, the room is almost always packed. On a bimonthly basis at Happy Dog at the Euclid Tavern, the People Poetry Slam’s microphone spits flame, exposes inequity and puts out dirty laundry for the audience to wear as capes. Founded in 2016 by Twelve Literary Arts and poet Akeem Jamal Rollins, it’s become the flagship event of Cleveland’s performance poetry revival. Co-hosted by Damien McClendon and Ephraim Nehemiah, the pulse of Cleveland spoken word beats strongest on Happy Dog’s windowless barside stage, where a fierce community of artists and fans gather for open mics, featured performances and a chance to qualify for Cleveland’s National Poetry Slam team. Before the Aug. 13-18 competition in Chicago, we break down the lineup of poets repping the North Coast. 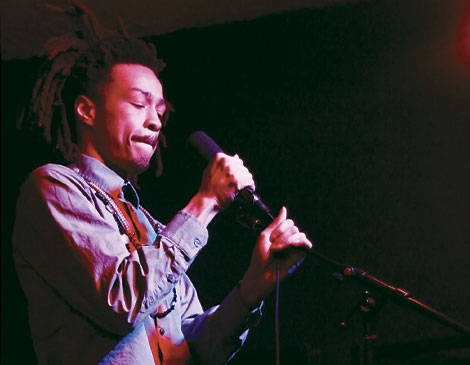 Damien McClendon
Years at nationals: 4
Best finish: Seventh at the Individual World Poetry Slam in 2017
Favorite thing about poetry: “I’ve seen poets save people’s lives. People come up to them and say, ‘I really needed that poem. That was so necessary for what I’m going through right now.’ ”
Poetic inspiration: Saul Williams
A 26-year-old Youngstown activist currently drafting poems about systemic poverty and his love of rollerblading, McClendon isn’t too caught up in how he finishes. “We give the poets scores only to trick the audience into coming and listening to the poems,” he says. “It creates this environment that pushes you to make pieces that can connect to anybody, because it’s always going be five random judges.” 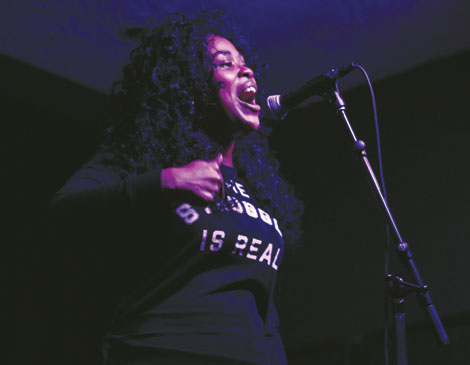 
Years at nationals: 5
Best finish: Member of two National Poetry Slam semifinalist teams
Pro tip: Any poem can be slammed. “What action can replace this comma? What voice alteration can make this punctuation more poignant off-page?”
Poetic inspiration: Rachel McKibbens
The 28-year-old literary journal editor and spoken word veteran’s ode to her murdered father has more than 654,000 YouTube views. “There are a lot of young black women that feel braver because I’m saying the things that I’m saying. I believe we deserve to live in a world where young women are braver,” she says. “[Poetry] immortalizes people that we’ve lost. Now I don’t just know my daddy’s name; the world knows my father’s name.” 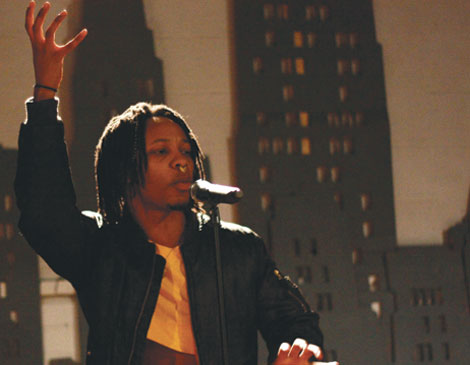 Ephraim Nehemiah
Years at nationals:3
Best finish:16th at the Individual World Poetry Slam in 2017
Pro tip:Use your time wisely. ”What are you providing to people in three minutes that they can take away from it? The scores are 0 to 10. What did you make them feel in that particular moment?”
Poetic inspiration:Hanif Abdurraqib
Originally from the Bay Area, Nehemiah began slamming at Kent State University with McClendon. He’s writing a poem called “Jesus Tries To Talk To His Father Again.” “I love the amount of audience engagement [in slam], the cheering, the booing, the clapping — it really feels like church to me,” he says. “The way everyone is encouraged to participate, I haven’t seen that in any other realm of poetry.” 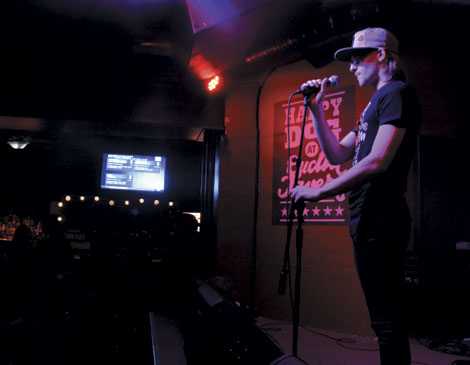 J. David
Years at nationals: 0
Best finish: Individual round winner at the Rustbelt Festival in 2017
Favorite thing about the team: “Art is always better in community. That’s the most important part to me, being in that nurturing space, where you can grow, get better as a writer, but also as a human.”
Poetic inspiration: Nicole Terez Dutton
A doctoral candidate in molecular genetics at Ohio State University, the 23-year-old National Poetry Slam rookie explores the intersection between science and the arts. “I write poems about particle physics, and how that shit relates to being alive, memory, death, life,” he says. “Those are things everyone cares about.”