Cleveland may not have the podcast prestige of a media mecca such as New York, but these local shows are just as compelling — from an audio drama set in space to an interview series spotlighting women in sports. “Being in Cleveland offers an access level to guests that you don’t get in bigger cities,” says Brian Harrington, co-host of the CLEcast. “I also think we have a culture that encourages people to take risks, be a little vulnerable and try something new.” Here are six local reasons to smash the subscribe button. 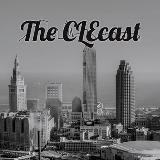 Hosts: Dan Huszai and Brian Harrington Typical format: An hour-and-a-half spitfire rundown with community leaders, business owners and, as the tagline reads, “good people doing gooder things in the goodest city.” Why listen: For insight on the causes that motivate Cleveland VIPs. “We never intended for the show to have a civic-y tone, but if you have a platform you might as well use it,” says Huszai. Standout episode: While the podcast’s mayoral forum, attended by every candidate but Frank Jackson, was a high mark, Episode 84 finds Huszai and Harrington at their best interviewing Ward 15 Councilman Matt Zone on neighborhood progress and his rise to public office. 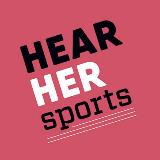 Host: Elizabeth Emery Typical format: Emery, a former professional cyclist, talks to exceptional female athletes, coaches and more about process and the challenges facing women in sports. Why listen: It fills a glaring void in women’s sports coverage, confronting issues most fans don’t consider. “When I heard that 44 percent of athletes are women, but only 4 percent of sports media coverage was about women athletes, I started having this fantasy of a show like 92.3 The Fan, but for women athletes,” says Emery. Standout episode: Did you know women are more susceptible to ACL injuries? In Episode 21, Emery explores why with a board-certified orthopedic surgeon and Nichole Thompson, a triathlete who suffered an ACL tear. 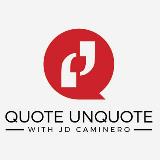 Host: JD Caminero Typical format: Activists, artists, innovators and everyday Clevelanders dedicated to improving their communities read a favorite quote before breaking down how it fuels their passion. Why listen: Inspiration. “Where I come from, there wasn’t a lot of role models,” says Caminero. “The podcast gives me the opportunity to be a fly on the wall in a room with people who are successful and knowledgeable.” Standout episode: Instead of the podcast’s typical interview subjects, Episode 6 features Caminero’s friend Anthony Green discussing the newfound joy of young fatherhood. Its follow-up, Episode 32, examines Green’s life after his infant son’s unexpected death.

Hosts: Mike Roberts, Brian Bacon and Brendan Kelly Typical format: This disorienting collection of dialogue, songs and news alerts sounds like flipping a radio dial until a storyline emerges amid the sonic collage. Meet a man in love with an elevator, a team of news anchors and some help desk employees — all citizens of a colony on the moon. Why listen: With high-quality sound that will earn audiophiles’ respect, Radio People showcases vibrant, developed characters played by local actors. Standout episode: The show fully commits to the audio drama form in Episode 201. “The first four episodes were more of a variety show,” says Bacon. “Season two is fully serialized, and I think we found our footing.” 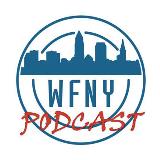 Waiting For Next Year

Host: Craig Lyndall Typical format: Lyndall and friends debrief on the latest Cleveland pro sports happenings with occasional pop culture references, Ohio State updates and interviews with local personalities. Why listen: Born in the great fan blog boom of the early 2000s, WFNY endures with a no-nonsense editorial voice birthed from true devotion. “We might have hotter takes or get irrational because we’re wearing the fan hat,” Lyndall says. “But I let the audience know. There’s a level of honesty there.” Standout episode: A great draft season listen, Lyndall and WFNY writer Jake Burns lay out a blueprint for fixing the Browns in a Jan. 2 episode following the Browns’ fall to 0-16. 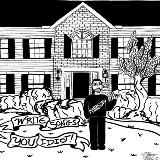 Host: Jon Rogers Typical format: Musicians perform a song before explaining their writing process and the tune’s deeper meaning. Why listen: Even the musically inept will appreciate the uncommon depth of Rogers’ conversation with artists. “At a show, a musician will say, ‘This song is about a summer I had,’ and play the song,” says Rogers. “I’m asking, ‘What happened that summer? What was going on in your life? Tell me everything.’ ” Standout episode: Rayne Blakeman, of solo project Human Petting Zoo, plays the empowering ukulele-driven bedroom pop song “Target Parking Lot” in Episode No. 15, then discusses how mental illness, self-doubt and coming out as pansexual fueled some of her best songs.
Share this story: