People gather in the parking lot every day, typing behind steering wheels. Since CCPL closed on March 13, executive director Tracy Strobel says they’ve had 47,500 connections to their Wi-Fi from the main branch parking lot. “They’re now sitting in their cars and trying their best to do work,” she says. “Access to computers and the internet, especially in economically challenged communities, is very much missing during these times.” Connectivity is just one challenge facing local systems as they implement reopening guidelines.

“The library is that safe space for many folks to be able to deal with difficult situations,” says CPL’s executive director and CEO Felton Thomas. “We couldn’t be there for folks because we had been asked for everyone to shelter at home.” Instead, CPL and CCPL offered online classes, subscription-based resources, and Facebook Live talks with authors. One such CCPL event brought in 1,650 viewers. “That’s more than we could ever fit in any one room,” says Strobel. It’s proof that the library’s role extends far beyond that of offering books to the public, though that service is slowly returning. 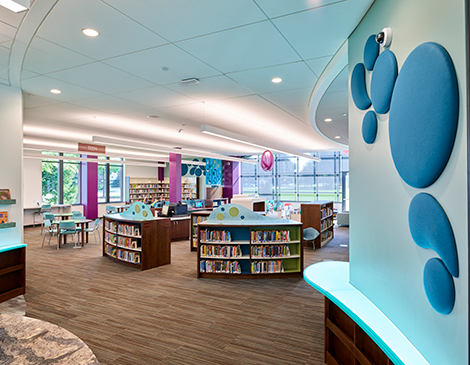 By June 5, CCPL opened 11 drive-thru and two curbside locations for check-outs and returns, and 13 CPL branches followed suit. By July 6, both systems hope to reopen with restrictions such as acrylic barriers between computers, a 72-hour quarantine for returns and limited admittance. But as they begin reopening, Thomas says libraries must continue to be stewards for communities most in need of social services. Last year, CPL partnered with the Cleveland Food Bank to offer 200,000 meals to students at their locations.

Though it’s unclear when such services will be provided given social distancing, it’s front-of-mind when creating a reopening strategy. Already, work’s being done to garner county and state funds to increase Wi-Fi hotspots patrons can take home. “These aren’t issues that we were built to face or built to solve, but these are issues that we can be of assistance in helping to solve,” says Thomas.