Humans are creating a new Earth — and it isn’t pretty. While science can tell us that carbon dioxide levels are at their highest in 650,000 years, art can challenge us to look at that world with a closer perspective. That’s the idea behind the Cleveland Print Room’s fifth anniversary exhibit Anthropocene, which runs Jan. 19 through Feb. 24. “The environment is a human rights issue,” says executive director Shari Wilkins. “It encompasses everything.” Here’s a look at three photographs from the show.

Defender
Cleveland native and photojournalist Tom Laffay uses his camera to highlight the dangerous work of human rights defenders in Colombia, where more than 200 have been murdered over the last two years. His portrait of farmer Azdrubal Linares Vaca, framed by the reflections in a freshwater lagoon, captures the only water on his property left uncontaminated by a 2013 oil spill. “It’s beautiful but understated,” says Wilkins. 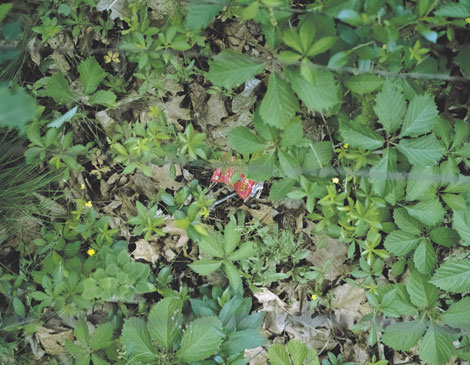 Walden Then and Now
Oscar Palacio, a native of Colombia, taps into his architectural background to show how mankind leaves its stamp on nature. Taken at Henry David Thoreau’s Walden Pond in Massachusetts, the image of a discarded wrapper cradled between lush greenery and decaying leaves shows how even man’s small intrusions can pollute and disrupt. “Walden remains the foundational text for American nature writing,” Wilkins says. “Its message of living simply, economically and intentionally still resonates today.” 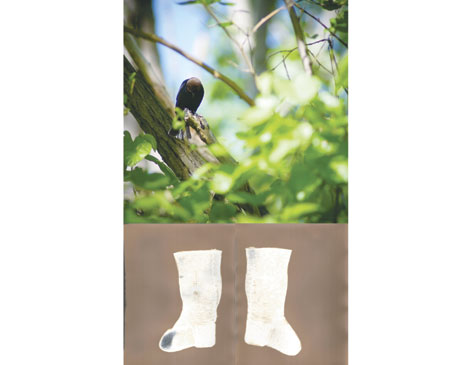 Watcher
Michael Loderstedt was inspired by the story of his grandmother, who was left on a stranger’s doorstep when she was 1-month-old. He juxtaposes her only remaining artifacts — an infant dress, hand-made bonnet, socks and a letter from her mother — with a study of brown-headed cowbirds, which leave their eggs in another bird’s nest. “By pairing a photo of a cowbird with his grandmother’s socks,” Wilkins says, “Loderstedt infuses visual richness that attempts to open up a dialogue on the natural world.”