We're entranced by all the new stuff at Rocket Mortgage FieldHouse. From food and drink options to shout-outs to the 2016 championship team, the arena is a feast for the senses. But a handful of works of art are making us stop and stare. Anthony Curis, the founder of Detroit gallery Library Street Collective and a frequent collaborator with Dan Gilbert, curated the selection of art. Here he sheds light on a few of the masterpieces. 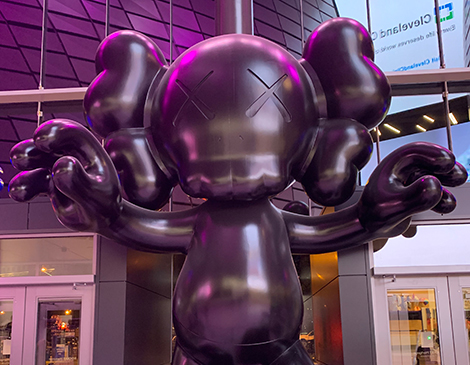 "Final Days," Kaws
Brian “Kaws” Donnelly rose to fame as a graffiti artist in New York City, but he now works on collabs with the likes of Jordan Brand and Dior. This nearly 20-foot-tall cartoon-like wooden sculpture in the arena’s Huron Road entryway is his first work in Cleveland. “Just the scale of it in relation to people walking by,” Curis says, “it’s really incredible.” 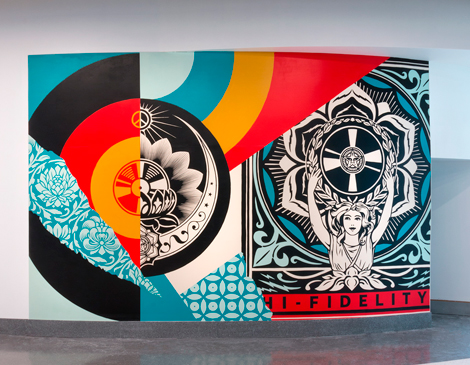 "Hi-fidelity," Shepard Fairey
Fairey, who created the Barack Obama Hope poster in 2008, uses this mural to play up one of the arena’s other uses as a music venue. With circular themes that play up vinyl records, this is also his first piece in the city. “His work definitely speaks to a broader audience,” says Curis. “He’s such an amplified and large voice.” 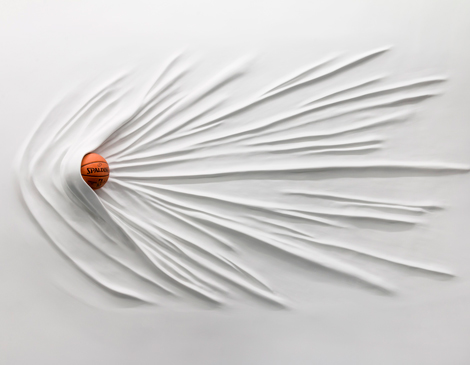 "Moving Basketball," Daniel Arsham
Part art and part architectural flourish, Cleveland native Arsham’s work uses plaster and fiberglass to give the effect that a basketball is tearing through an arena wall. “I love the way that Daniel is able to move architecture and surfaces,” says Curis. “The piece looks so completely natural.”