What started out as a teenage job of cutting grass and washing pots and pans for Kirchberger Sausage turned into a lifelong career for Norm Heinle. When the 29-year-old took over the Memphis Avenue sausage shop in 1974, he continued the tradition of making brats, kielbasa and other specialties from scratch right on the premises — using the same recipes his former bosses brought from Bavaria. Lauded by celebrity chefs such as Michael Symon and Anthony Bourdain, the iconic Sausage Shoppe, as it’s known today, closes its doors when Heinle and his wife, Carol, retire March 31. Heinle shares the joys and struggles of running a Cleveland institution and why he’s ready to say goodbye to it now.

Sausage-making is an art. It’s different every week, yet it’s the same every week.

Oh, double-smoked bacon! When it comes out of the smokehouse, and we wheel the cart out of the cook room, just the aroma of it.

And if Carol’s bought fresh rye bread that day, just to cut open a piece of double-smoked bacon and put it on a slice of rye. We don’t make a sandwich — we just nibble all day as we go on.

[Original Co-owner] Hans Kirchberger would turn over in his grave if he saw German wieners for $10.49 a pound. Some people that don’t know us walk in the store and tell me they get 10 hot dogs at Aldi for a buck.

Everything Hans did was precise. When you put the wine in the holiday kielbasa, if the bottle was empty and you needed an ounce, he would go in the storage room, get a new bottle out and put that ounce in.

The hardest thing about my job has been being able to predict who’s going to shop when.

We had the factory workers from the three steel mills in the valley. We had all of the Ford people, all of the Chevy people. Those people worked hard all week long. Saturday came and they ate and they shopped.

Now, it’s different times. Everybody grazes. They don’t really sit down and eat. Most families, if we’re lucky, have a meal together on Sunday.

Over Christmas I had great-grandchildren come in out of Columbus that said, “Papa used to come here all the time. I wanted to see what it was like before you closed.”

It’s really hitting home: At 73, you better start doing something. 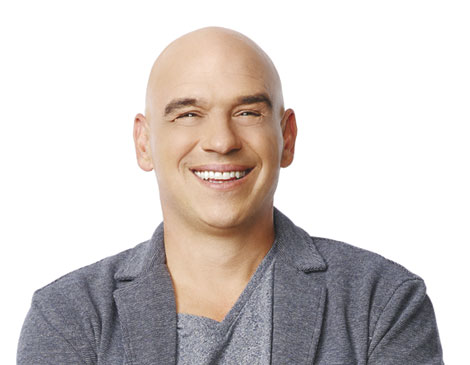 So we used to go to all these different old-school butchers and sausage shops and stuff like that. It was in search of the best kielbasa, sausage, rice
sausage.

I think the liverwurst pate is unbelievable — it’s still one of my absolute favorite things. And they do a smoked liverwurst, too, that is just spectacular.

God, it’s just everything that they make.

The Sausage Shoppe and places like that are what gave me my
appreciation and love of food. They are the kinds of places that really helped me develop what has become my own culinary style.

And to me, nothing really says [Cleveland-centric food] more than a place like the Sausage Shoppe." — as told to Lynne Thompson