Stars, they’re just like us. They like to sit down at a restaurant and enjoy a meal with friends and family. But for these celebrities, it goes beyond breaking bread — they’re dipping their forks into the culinary world by either opening personalized restaurants or investing in trendy spots. 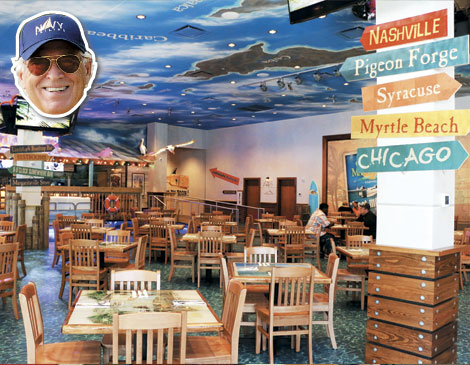 Margaritaville
Star Connections: You’ll be in vacation mode here, no matter the temperature thanks to Jimmy Buffett’s island-inspired getaway in the Flats East Bank. “Every time you walk in you’re on a beach by an ocean,” says general manager Joe Jalsevac. With faux palm trees, ocean mural walls and margaritas flowing, it’s easy to don your Hawaiian shirt and just chill. “You can go to a resort in Jamaica or you can have that all here in Margaritaville,” he says. What Buffett Eats: It’s no surprise that Buffett’s favorite is also the restaurant’s most popular: Cheeseburger in Paradise ($13.49), a classic burger topped with American cheese, lettuce, tomato and pickles. And yes, the song will be stuck in your head after you eat it. 1150 Front Ave., Cleveland, 216-615-8855, margaritavillecleveland.com 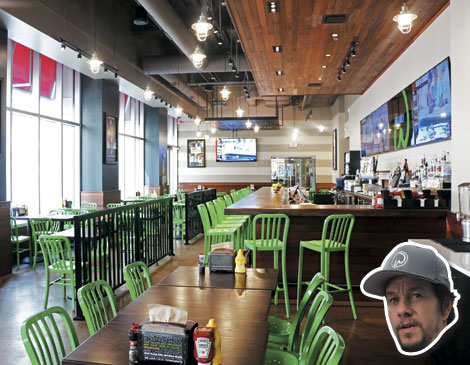 Wahlburgers
Star Connections: Feel like a part of Mark Wahlberg’s family at this burger joint near Jack Casino where everything on the menu is house-made. “It’s a family-style restaurant based on the Wahlberg family and them growing up with nine siblings,” says general manager Doug Fulton. “Their mother [Alma] would make cost-effective meals in order to be able to feed everybody.” What Wahlberg Eats: While each brother has his favorite, Mark has claimed the Thanksgiving Day ($7.95) sandwich as his own. With a hearty helping of stuffing and orange-cranberry sauce atop a turkey burger, it will make you feel like you’re home for the holidays. 2105 Ontario St., Cleveland, 216-302-1001, wahlcleveland.com