Latin America has its ceviche. Japan owns sashimi. Italians take their raw fish as crudo or carpaccio. But in Hawaii, poke is preferred. The traditional island favorite features raw fish cubed, served in a bowl over rice and dressed with soy sauce, sesame oil and garnishes. Poke (pronounced poh-KAY) salad, which first caught on in coastal areas, is now making its way across an increasingly health-conscious mainland. “People are just trying to eat a little bit lighter,” says Rebol creative director Mark Frabotta. Here are three ways to dive into the trend. 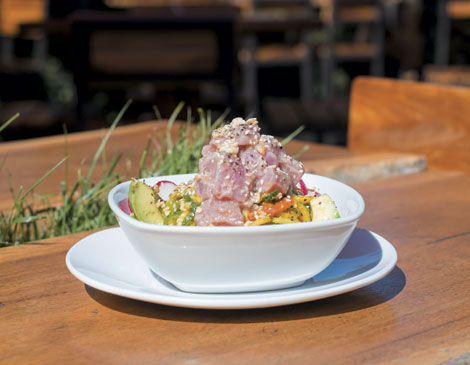 The vegan and paleo-friendly cafe and bar takes a health-focused twist on the dish. “How can I make this gluten-free, rice-free?” wondered TownHall executive chef Eric Roth. “What could I do to make a more modernized version of it?” Roth found an answer with cucumber noodles in place of rice. The noodles are tossed in a red miso-turmeric vinaigrette and topped with citrus-marinated tuna, scallions, sesame oil, toasted cashews and sesame seeds. “It’s fun. It’s hip,” says Roth. “With these variations, we’re trying to be as light as possible.” 1909 W. 25th St., Cleveland, 216-344-9400, townhallohiocity.com 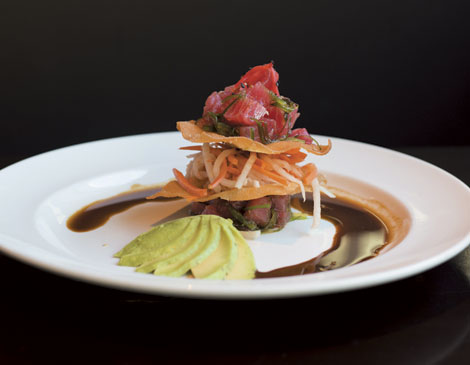 Marinated ahi tuna is layered between crispy wonton chips and a salad of daikon radishes, carrots and a nutty sesame oil and sea salt dressing. Avocado, toasted sesame seeds, pickled ginger and a wasabi soy sauce garnish the plate. The only problem? Figuring out your approach to eating it. “This comes to your table in a stack,” says Yard House corporate executive chef Carlito Jocson. “What we were trying to do is focus on a lot of different textures and a fun way to eat poke that’s also on the artistic side.” 160 Union St., Westlake, 440-808-8403, yardhouse.com 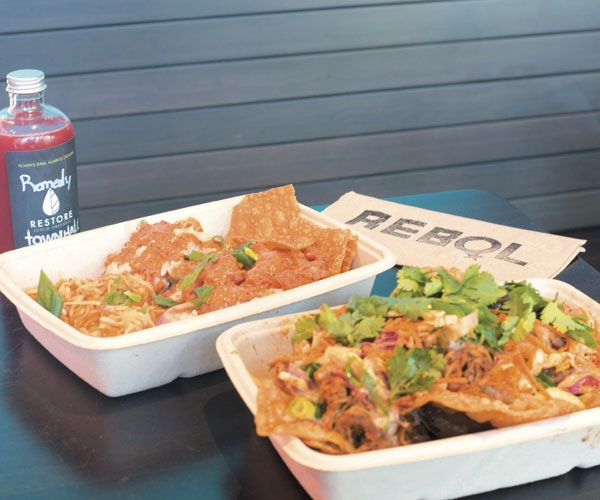 The popular Public Square lunch spot tosses raw sushi-grade tuna in a Moroccan-spiced harissa Greek yogurt for an extra kick of flavor. “It’s kind of a cool spicy,” says creative director Mark Frabotta. The tuna is then coupled with a refreshing papaya and carrot slaw dressed in pineapple vinaigrette and then served over a honey-sweetened sticky rice. “It’s got a little bit of a sweet, tart, savory feel to it,” says Frabotta. 101 W. Superior Ave., Cleveland, 216-505-5898, wearerebol.com