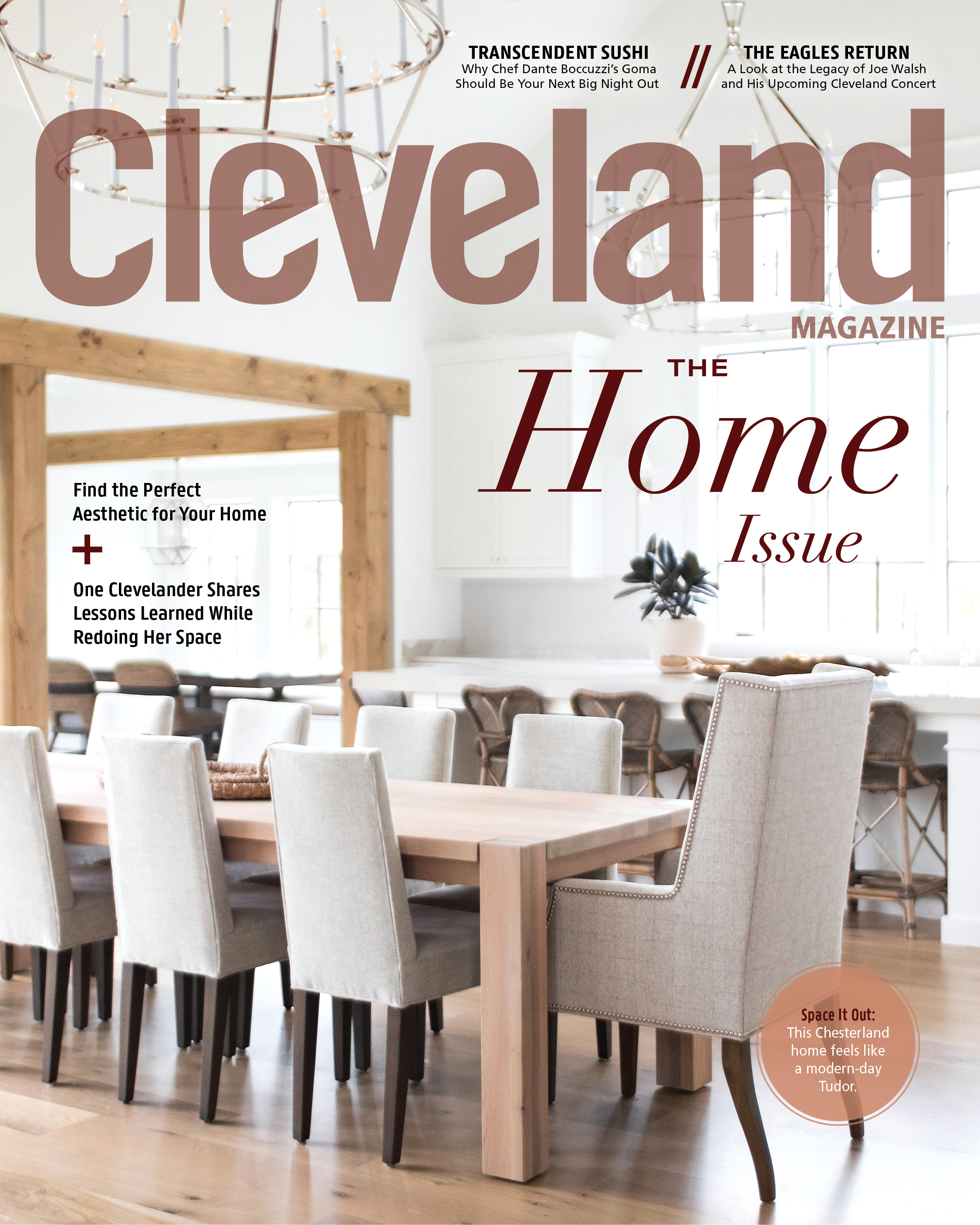 A home can come in many shapes and sizes. But at the end of the day, it's what you put into it that makes it yours. From modern new-builds to vintage-inspired decor, we give you the advice and inspiration needed to make your space a home.

Despite having seen every big city in the country, the man behind Cleveland's beloved taco chose Northeast Ohio to build his taco empire.

The James Beard-nominated chef is known for his pastrami. But corned beef isn't far off. He shares the secrets.

Located in the former Nickleby's Round Bar space, the karma-themed restaurant focuses on gluten-free and vegan options, but the broad menu delights eaters of all stripes.

The host of CLE Foodcast shares her thoughts on everything from cocktails to downtown eating.

1982: Cleveland Residents Protest the Lack of a Stoplight

After four children were hit by cars at the intersection of Yeakel Avenue, Shale Avenue and Woodhill Road, residents took matters in their own hands.

Cleveland's St. Patrick's Day Parade Is Back and Better Than Ever

The parade, which can draw as many as 400,000 people to downtown Cleveland, is back for the first time since 2019.

Editor's Note: Take Some Time to Connect With Cleveland Magazine

Take a look beyond our printed pages this month.

Cleveland Magazine's editorial assistant Becky Boban reflects on how the extraordinary pandemic has become mundane static for many after two exhausting years.

We spoke with Western Reserve Land Conservancy vice president Matt Zone about the conservancy's acquisition of the space.

From the opening of League Park to the new name change, the pylons of Berea sandstone will forever be connected to the diamond.

Why Wind Turbines in Lake Erie Are So Controversial

Plans have been in place wind turbines in our waters since 2009.

A Charming Nursery Fits Right Into This Fairview Park Home

Local interior designer Halle Barran of Sil & Park Interiors shares how to create a restful oasis for your little.

Before Redoing an Old Home in Cleveland, Consider These Tips

Architect Antonia Marinucci gives sound advice on what to know before renovating or restoring an old home.

How Erika Lauren Ver Made Her Cleveland House a Home

The former radio host and blogger shares some lessons learned on taking on home renovations and DIY projects.

How to Style Around 5 Common Types of Homes in Cleveland

Dawn Cook of Dawn Cook Design gives us essential tips to decorating your space based on its architecture and style.

A home can come in many shapes and sizes. But at the end of the day, it's what you put into it that makes it yours. From modern new-builds to vintage-inspired decor, we give you the advice and inspiration needed to make your space a home.

This Chagrin Falls Vacation Home Pops With Color and Texture

This Eclectic Cleveland Heights Condo Fits Plenty of Character Inside

Designed by Reflections Interior Design, this vintage-inspired condo bursts with style and character, while leaving no corner unused.

This Modern Tudor in Chesterland Boasts a Spacious, Minimalist Design

Whether you've been Irish your whole life or turn green just for the big day, this guide will help you snag the perfect reuben, visit the best Irish bars and dress to impress this St. Patrick's Day.

College 101: Tips and Tricks You Need to Know to Navigate the College Acceptance Process

Families and counselors share what they wish they'd known when navigating the process.

With peer and advisory groups, counseling and parent resources, schools are working to foster senses of success, happiness and belonging.