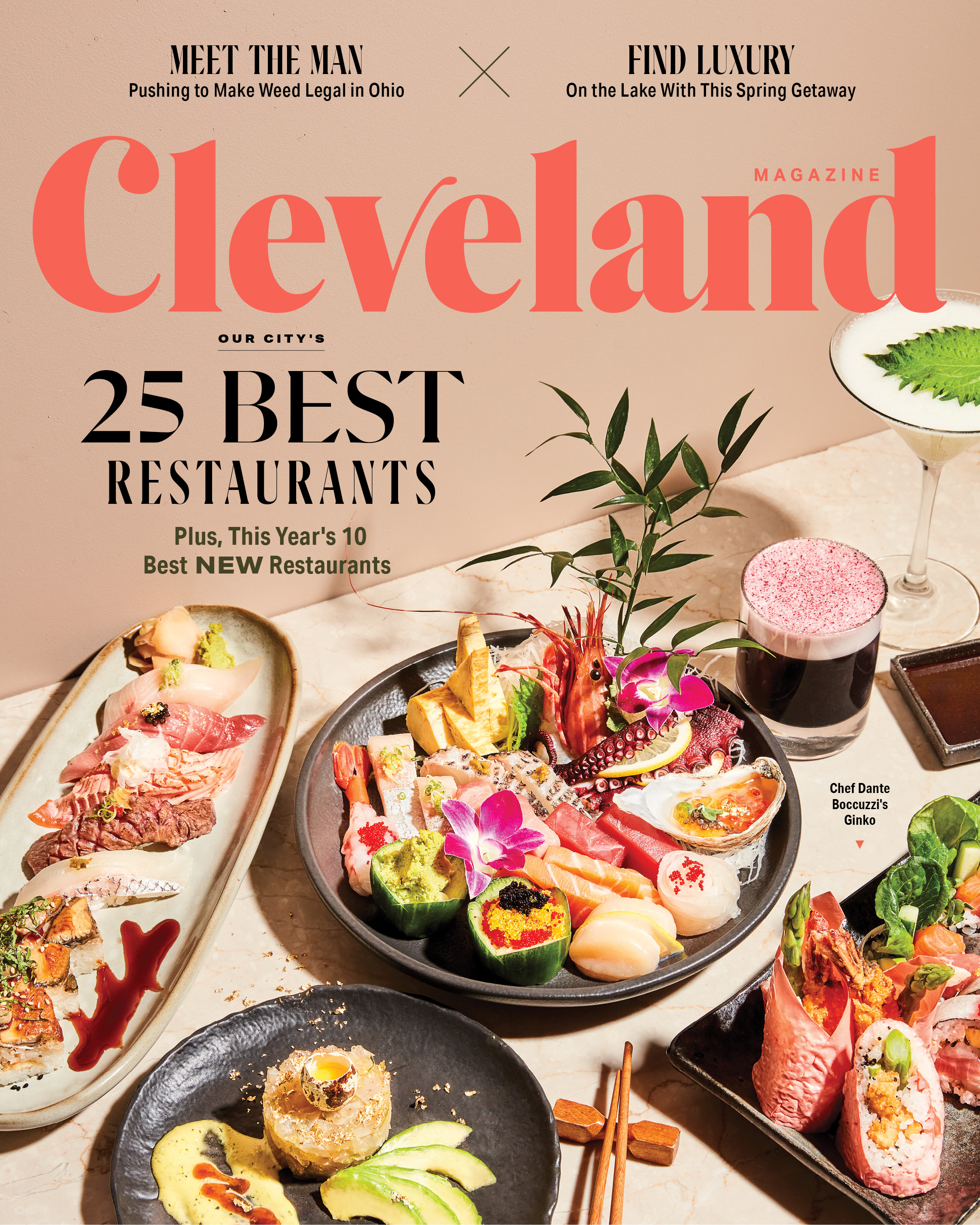 A specialty market fuels this Greek eatery in Gordon Square, which is known for having one of the best brunches in town.

The Last Page is this year's best new restaurant, but it's far from the only spot that impressed us over the past year.

Why should New York have all the bagel fun? Dan Herbst and Geoff Hardman have created their own handmade, Cleveland-style bagels.

The cocktails get all the credit, but this lounge also serves excellent vegan grub.

From Forest City Brewery to Fat Cats, your pet will thank you for a fun night out in Northeast Ohio.

With some of the best service in town, you'd never know this Shaker Square French spot is a training ground for those with a past looking to enter the hospitality industry.

Chef Ricardo Sandoval has been a Cleveland trendsetter for the past 20 years at his funky Tremont spot.

The Flying Fig and Juneberry Table chef offers a Sunday stunner made from regional, seasonal veggies.

Adrian Ortega, owner of the taqueria and supermarket on the Cleveland-Lakewood border, says it's simplicity that feeds our taco obsession and makes the dish comforting.

Zack Bruell's dedication to excellence and service shines at his French restaurant in Cleveland Heights.

Don't forget about the second half of Larder's name — the Hingetown spot's bakery pumps out desserts and breads that are vital to the operation.

This AsiaTown spot has us digging deeper and deeper into the wide world of Shanghainese street food.

While the menu is nothing short of impressive, this opulent downtown dining experience is all about basking in the 1893-built glory of Cleveland's first skyscraper.

The adorable ice cream parlor in Ohio City from Jesse Mason and Helen Qin becomes a ramen hot spot during the winter.

Eric Williams mod Mex joint in Ohio City is as vital today as it was revolutionary more than a decade ago.

Earning a third James Beard Award nomination this year, chef Jill Vedaa continues to be one of Cleveland's top chefs as she rolls into the 28th installment of her menus in Lakewood.

Chris Nguyen shares what he's learned about great pho from his father, Manh, who opened Superior Pho in 2002.

Tucked away in Fairport Harbor, this intimate bar and restaurant makes its name on hyper-local, seasonal ingredients and killer cocktails.

With time, owner Mike Smith has built one of the West Side suburbs' best restaurants with some help from a stellar bar program.

It's all about the dough at this beloved Cleveland Heights pizza parlor.

Founder of Edwins Restaurant & Leadership Institute shares where he brings the family on his rare off days.

This month's issue is a deep-dive into the best bites Northeast Ohio has to offer.

Editor's Note: On My Time in the Restaurant Industry

From her beginnings as a waitress to taking part in finding Cleveland's best restaurants, editor Colleen Smitek has an appreciation for everyone in the service sector.

Essay: My Heart Flew To Ukraine

Julia Kashuba, a student at John Carroll University, shares her family ties to Ukraine and her daily fears as the country falls in war.

Since being named kohl executive director in January, Lykins Reich has been working to expand MoCa’s mission.

Experts hope sinking these federal investments into nearby rivers will also lead to a healthier Lake Erie.

How Volunteer Truckers are Sending Aid to Ukraine

Nykola Sas, owner of Nica’s Freight, is using his business to help others thousands of miles away.

Tom Haren is the Face of Marijuana Legalization in Ohio

As activists make another push for legalizing cannabis this November, the corporate lawyer is leading the charge.

Here's Why Second-Hand Decor Is Popular All Over Again

The Sunday Collection is here to help you live out your vintage dreams.

You're sure to find a one-of-a-kind piece to love.

Youngstown-based maker Alison Green is crocheting her way to a more sustainable future.

Ann Bouterse, owner of the Lakewood store, explains why we should choose our seasonal scents wisely.

For two days, Clevelanders can celebrate Asian culture in myriad ways. Here are some can't-miss highlights.

The Lakehouse Inn Is the Perfect Setting For Connecting

This Ashtabula wine country destination offers the perfect excuse for a self-care getaway with the gals in charming Geneva-on-the-Lake.