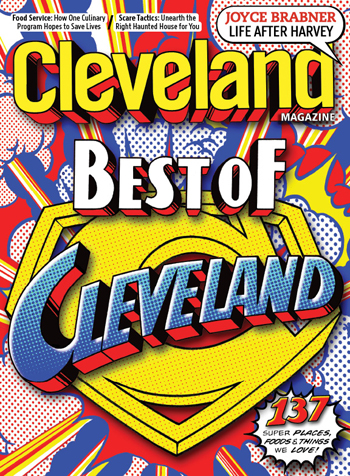 After 93 years, Sevenson's Bar in Euclid is moving. We stopped for one last burger.

Everybody has a favorite, whether it's thin crust, deep-dish or veggie. Dig into our ultimate local pizza pie.

The Oak Barrel puts Demetrious Atheneos and a popular dining trend to the test.

What you need to know about the Cleveland SkyLift.

Brandon Chrostowski plans to use his first restaurant as a training ground and springboard for former felons. Can he make it work?

Three years after comic book legend Harvey Pekar's death, Joyce Brabner, his widow, fights to preserve his legacy and emerges as an artist in her own right.

Ken Lanci brings a busload of eccentricity and anger toward the state of Cleveland's neighborhoods to his run for mayor.

The old black-divide is breaking down as young people of all races migrate west.

Choosing a haunted house shouldn't keep you up at night. Follow the perilous paths below to find out which spooky attraction is fright for you ... if you dare.

That Old Kid of Mine

We rate the fear factor of local shows this month.

Comedian Wanda Sykes reveals her secrete past and what you won't see during her visit this month.

As temperatures dip, warm up your wardrobe with these pieces in our favorite autumn hues.

Let Blush Boutique spice up your wardrobe with its lineup of women's attire fit for a soccer game or a business meeting.

Some schools have flipped the classroom to create a better learning environment. Plus, we give you  a cheat sheet on changes to the SAT and Ohio Graduation Test.