A new 30-year “transformative plan” to reimagine the stretch of land along the Cuyahoga River known as Collision Bend has the potential to unite downtown and the new Sherwin- Williams tower with the Cuyahoga River and its many newly proposed parks and trails.

Put forth by Bedrock, the Detroit-based owner of Tower City and the land behind it along the river, the plan will take decades to execute fully but, when completed, will drastically reimagine the downtown landscape.

“If you think about Ontario Street, for example, it’s a one-sided street where you have the massive Rocket Mortgage FieldHouse, and you look to your west and there’s a cliff pretty much,” says Cleveland City Planning Commission director Freddy Collier Jr. “Imagine being able to walk down Ontario and be able to easily walk down to the river, rather than being at an edge where you’re greeted by a fence.” 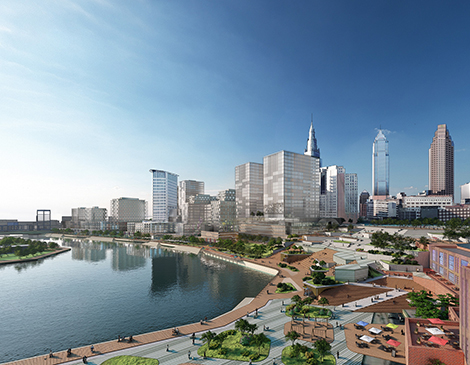 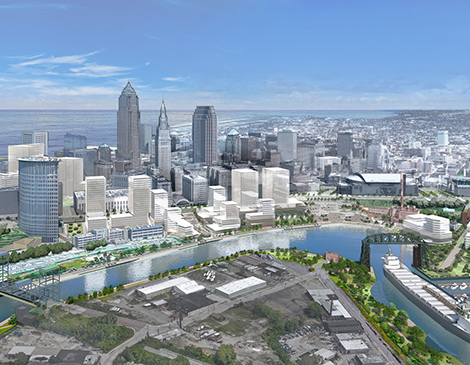