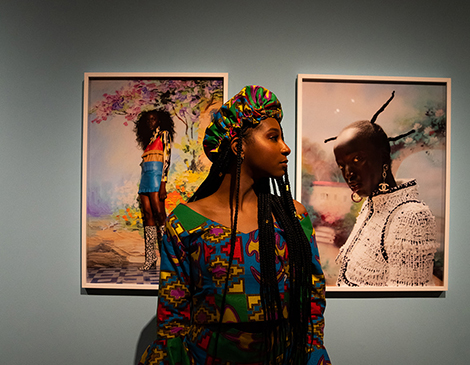 Improv Death Match at Imposter Theater
Two improv troupes competing for glory and laughter come head-to-head in comedic battle. The audience — in true gladiatorial fashion — decides the groups’ fate, moving only one forward to the next death match. The troupe crowned the funniest faces their next challenger the following month. $10, June 18, 7 p.m., 2406 Professor Ave., Cleveland, imposterstheater.com

Nathan-Paul & the Admirables at Beachland Ballroom & Tavern
Don’t miss this funky, horn-fueled live experience, closer to a party than a concert. Nathan-Paul & the Admirables have one goal: to get you moving. The group’s hypnotic grooves and bobbing rhythm section will do just that as they storm the Beachland Tavern for their summer jam party. $15, June 18, 8 p.m., 15711 Waterloo Road, Cleveland, 216-383-1124, beachlandballroom.com

Tash Sultana at Agora Theater and Ballroom
What sounds like three guitars, a piano, brass and drums overtake you as if 10 people sit on stage. Actually, it’s just one person: multi-instrumentalist Tash Sultana. They’ve played everything from street corners to stadiums, and now, the one-person band graces Cleveland with a night of rhythmic, jazz-rock fusion. $35-$75, June 17, 7 p.m., 5000 Euclid Ave., Cleveland, 216-881-2221, agoracleveland.com

Train at Blossom Music Center
Train’s AM Gold Tour sounds like a dream, gathering the band behind hits like “Drops of Jupiter” and “Hey, Soul Sister” alongside the likes of Jewel and Blues Traveler. Take the opportunity to strike all three iconic artists from your bucket list. Tickets starting at $30.50, June 18, 6:30 p.m., 1145 W. Steels Corners Road, Cuyahoga Falls, 330-920-8040, clevelandamphitheater.com

5 Fireworks Displays to Watch in Cleveland This Weekend

Celebrate our nation's Independence Day with an awe-inspiring show.

10 Things to Do July Fourth Weekend in Cleveland

Cheer on the Guardians, salute America at Blossom Music Center, rock out to Lilieae and more.