Cleveland Kurentovanje
This weeklong Slovenian cultural festival celebrates the beginning of spring, culminating the Saturday before Mardi Gras with performances and a parade of whimsical, Big Foot-esquecreatures called Kurents. clevelandkurentovanje.com

St. Patrick’s Day Parade
10,000 visitors show up in green at this parade, stacked with marching bands, drill teams and floats, that runs from the corner of East 18th Street and Superior Avenue down through Public Square. stpatricksdaycleveland.com 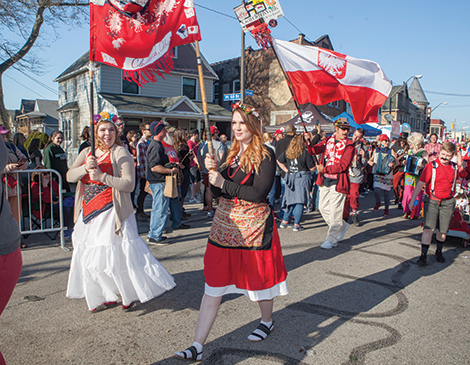 Dyngus Day
With an emphasis on polka, this Polish festival takes over the Gordon Square Arts District the Monday after Easter with an accordion parade and performances by DJ Kishka and local polka bands. clevelanddyngus.com 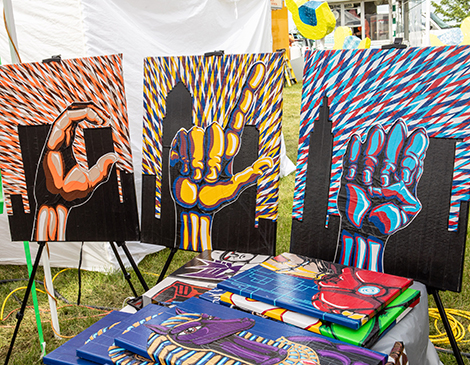 Great Lakes Burning River Fest
Rock along the waterfront at this two-day music festival in June where a plethora of local and regional musicians band together at the historic Coast Guard Station on Whiskey Island to raise money for water conservation efforts. burningriverfest.org

Parade The Circle
During the Cleveland Museum of Art’s free outdoor extravaganza in June, Wade Oval explodes with a vibrant celebration of creativity, boasting drum circles, stilt walkers, intricate floats and creative workshops geared to unleashing your wild side. clevelandart.org

Pride In The Cle
With a focus on the unity, strength and activism of Cleveland’s LGBTQ community, this free festival proudly takes over downtown in June with a march, all-ages activities and must-see performances from local and national acts.lgbtcleveland.org/pride-in-the-cle

Waterloo Arts Fest
Home to the Beachland Ballroom & Tavern and a slew of art galleries, this neighborhood kicks it up late June with more than 40 local bands, food trucks and interactive art experiences. waterlooarts.org 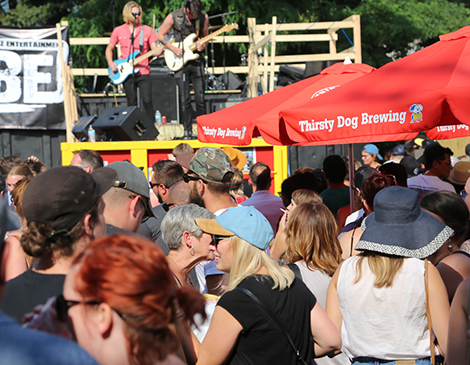 Taste of Tremont
In the sweltering mid-July heat, Cleveland’s dining mecca hosts an annual street festival where talented chefs join forces to serve some of the best, most flavorful cuisine in the city. experiencetremont.com

Feast of the Assumption
For 121 years, Clevelanders have congregated in Little Italy for this four-day festival in August to uphold Catholic traditions and commune together through midnight mass, a processional, a cavatelli dinner, carnival rides and more. holy-rosary.org

From bowling to bouquets, you won't have trouble finding something to do with a loved one or friends here in northeast Ohio. By Abigail Preiszig