A blast of air whips around the curved watch room at the top of the Marblehead Lighthouse. I duck through the narrow opening in the steel floor and step onto the outdoor gallery 65 feet off the ground. Brushing wind-blown locks from my face, I get my first glance of Lake Erie’s expansive blue, punctuated by Kelleys Island directly to the north, along with Middle and South Bass islands to the northwest.

The skyline of Cleveland, some 80 miles away, eludes me, but on a clear day I’m told the city is visible to the east. I can see Cedar Point, though the amusement park looks more like a miniature diorama, with moving parts that endlessly swirl and twirl. Despite a healthy fear of heights, I peek over the bright-red rail, saving me from unfortunate demise, and watch the Great Lake’s rippling waves splash onto dark Columbus limestone — the solid foundation on which the lighthouse has stood for two centuries. 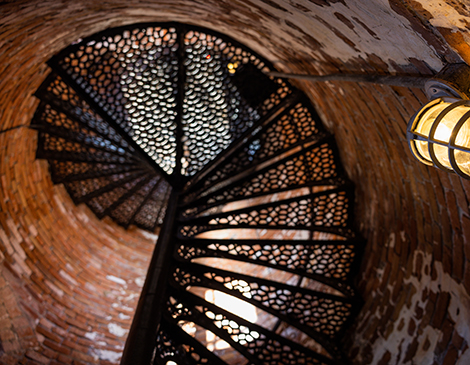 One of Ohio’s most iconic landmarks, Marblehead Lighthouse State Park draws more than a million visitors each year. Like all of Ohio’s state parks, it’s free to visit, making it a great spot to relax, picnic or fish in the white-stuccoed tower’s shadow. It costs a few bucks to climb the 77 steps to the top — a destination for history buffs and lighthouse lovers alike.

It’s hard to imagine the landmark was once a desolate and lonely outpost at the edge of northwest Ohio’s Great Black Swamp, but volunteers from the Marblehead Lighthouse Historical Society help paint the picture.

“There was not a single road on the peninsula,” says Marblehead Lighthouse Historical Society President Dennis Kennedy, pointing out a map of the region from 1810. “The only way to get around was by boat. The first lighthouse keepers had to row over to Sandusky to get paid.”

When the lighthouse went into service in 1822, the job of keeping the light burning and logging the number of passing vessels went to Benajah Wolcott, a former Revolutionary War veteran from Connecticut. Wolcott was one of the first settlers on the peninsula after he bought 114 acres for farming in 1809. When the lighthouse went into service, Wolcott would trudge up a series of wooden ladders every three hours throughout the night to refill its 13 lanterns. Each time, he hauled 80 pounds of foul-smelling whale oil for fuel. He also had the grim task of burying the dead that washed ashore during the cholera outbreak in 1832. When Wolcott perished from the disease that same year, his wife, Rachel, took up the mantle as the Great Lakes' first female lighthouse keeper. 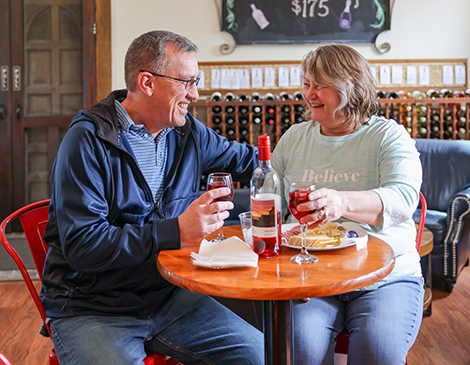 To commemorate the 200th anniversary, the village of Marblehead installed life-size plastic silhouettes to represent the 15 civilian keepers who served at the lighthouse. (The United States Coast Guard took over around 1939.) I spot one on Main Street when I stop for brunch at Latitude Cafe, a casual breakfast and lunch spot along Main Street run by Rochelle Rios. Her homemade, mouth-watering pies fill a case just inside the door, reminding diners to save room for dessert. I pick mint chocolate, but the selection includes lemon meringue, chocolate peanut butter and millionaire pie, which gets its name for the rich taste from a combination of cream cheese, crushed pineapple, coconut and pecans in a graham cracker crust. 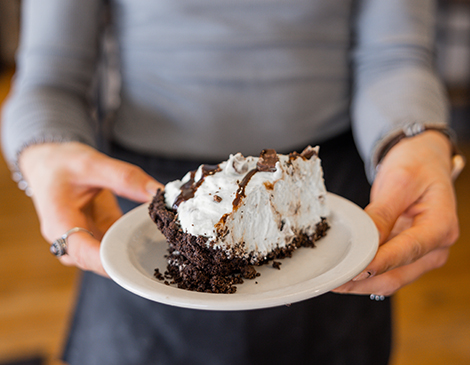 Next door, Pickles and Chips Field Trip Bakery owner Nicole Dillon sells art made of beach glass and kitchen
accoutrements at her new gift shop. I can’t resist an anchor-shaped cookie to take home to my daughter. I also pick up a lighthouse-shaped cookie cutter to commemorate my visit.

Tours of the lighthouse take place from noon to 4 p.m. every day, but the park has free events planned all summer long. Among the bicentennial celebrations being organized by Marblehead Lighthouse Historical Society, visitors can try their hand at plein-air painting, get photography tips from longtime naturalist and photographer Dianne Rozak, take part in a scavenger hunt and attend evening concerts.

For a night in Marblehead, The Red Fern Inn at Rocky Point Winery has spacious suites with fully equipped kitchens in a former 1800s schoolhouse. The first bottle of wine is complimentary, as are the bicycles that guests can ride over to the lighthouse, located less than a mile away.

I head back to watch the last light of the day slip away. As much as I love the aerial view from atop the beacon, sunset at the lighthouse is spectacular. Just before I return to the winery for an evening glass of wine by the backyard fire pit, the automated LED light in the tower turns on, flashing its signature sequence of six green pulses across the water. The lighthouse may not play a critical role for pleasure boaters still buzzing past the rocky point at sundown, but it remains an enduring symbol of strength and safety all these years later.

For a Spirited Halloween Get Away, Go to Hell (Michigan)

Cleveland may have the river of fire, but one writer plunges straight into the inferno.

Fort Wayne, Indiana: Why Anyone Who Loves Art Needs to Visit

The co-founder of Vera Bradley lends her name and unique style to Fort Wayne's first boutique hotel - a great base for tapping into the creative side of Indiana's second-largest city.

Just four hours from Cleveland, the Lake House on Canandaigua was voted one of the top 30 hotels in the world. We set out to discover why.