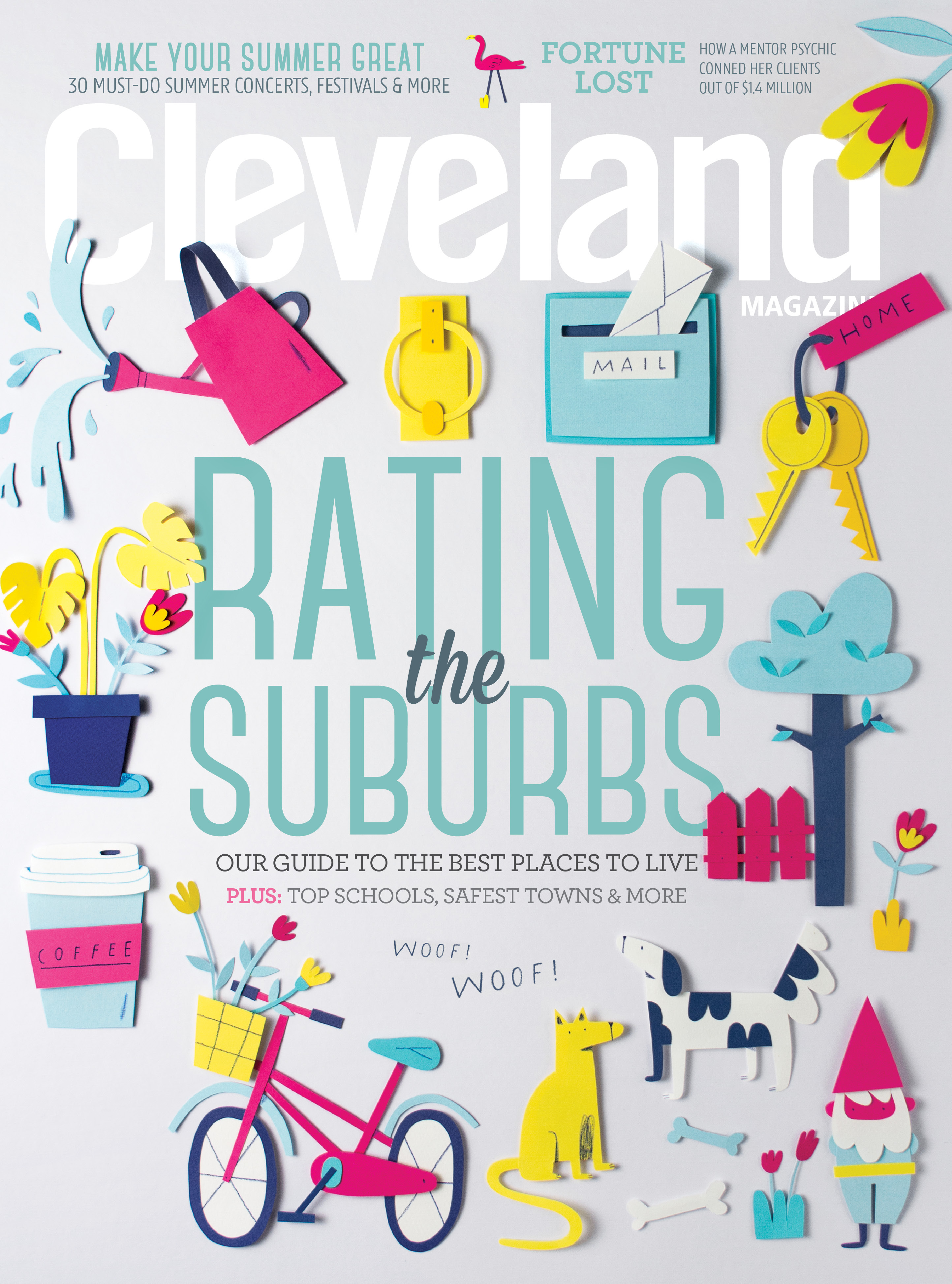 The tart fruit can be used in more than just pies.

Corner 11 Bowl & Wrap ends our hunt for the Hawaiian specialty.

The Pompadour Is A Tapas Paradise

The Woodland Hills pool was the best in the area, but it wasn't open during this historic heat wave.

A Father's Day Gift We Love: Playing With Fire

Dad will have his head in the grill all summer after putting it in Michael Symon's fiery new book.

Can We Bridge the Suburban Divide?

Besides putting on the hottest shopping event in the CLE, Stephanie Sheldon is adding a safe space for female entrepreneurs to pursue their dreams — and an educational podcast series for bosses on the go.

The second year of the Cleveland Foundation's community conversations examines placemaking in all its forms.

The first Latina on City Council is looking to get more equitable growth in the West Side.

Edgewater Willow Is A Muse For Local Artists

Since it was planted, the weeping willow has watched over the city and inspired its creatives.

How To Pick A Name For Your Child

When her third child was born, she and her husband couldn't settle on a name until the last second.

Lessons From A Basketball Life: Jim And Kendall Chones

The father and son duo talk Cavs Academy, basketball as a metaphor for life and growing up in an NBA household.

Our Next Championship Hope Is The Cavs Legion

Known as the Deal Guy, WKYC's Matt Granite has a knack for hunting down bargains and steals.

While protesting gun violence on Public Square, one Cleveland high schooler was filled with hope.

They came seeking answers. What they received was crushing debt, self-doubt and heartbreak. Here's how a Mentor psychic bilked her clients out of $1.4 million.

Want To Get Rid Of That Gun? Here's How

This weekend is the Cleveland Police Foundation's Annual Gun Buyback Event, but you have options to get rid of that firearm all year long.

The artist and event planner transforms spaces such as Mahall's 20 Lanes with puppets, dry-ice installations and more.

Paula McLain and Thrity Umrigar crack the spines on their new novels.

A Summer Home With Camp Vibes

With a pond, pool, gardens and more, this is the ultimate wooded escape.

An Independence Pool House Doubles As A Calming 'She Shed'

Opposite of a man cave, this is a place for women to kick back and relax.

The NFL linebacker surprised his brother and sister-in-law to help make room for the couple's newborn twins.

It's almost like a country retreat that's close to the city.

This walkable neighborhood is the hometown people return to raise their families.

We dive into the Heights' diverse people and places.

Its industrial past is just a distant memory as young professionals and nature-lovers have taken control.

With low property taxes and an abundance of community services, residents get more for their money here

Get the best of both worlds with Metroparks and the Legacy Village shopping center.

While its housing prices may be the highest on our list, the small town may be more approachable than you think

Ready to flip their script, an influx of new businesses and residents could make it pass as a new city.

This year's No. 1 suburb charms us with reliable schools, a hot housing market and a small-town feel.

Home to a handful of Fortune 1,000 companies, this suburb could pass as the West Side's executive suite.

We Rounded Up The Top Real Estate Agents In Northeast Ohio

Need to buy or sell? These agents are some of the area's best.

Dad will love Brad Yurkovich's wallets, which are made from the gloves' leather and often come with money clips.

3 Places To Pal Around With Your Furry Friends

Swimming, boating or stretching — you can do it all with your dog this summer.

Bask In The Sun At These Three Summer Events

These events will keep you hot, hot, hot — even if you didn't get in to Cleveland's hottest summer party.

With new additions this summer, there's more to see.

Catch An Old-School Game With The Ohio Village Muffins

The team plays with the rules from 1860

Climb Aboard Giant Ships At The Festival Of Sail

Land lovers can hand out with the world's largest rubber duck.

Date Of The Month: Let Your Love Shine At Crowne Plaza Playhouse Square

The downtown hotel's new renovations make for the perfect escape.

Dazzle With These Three Ballpark Fireworks

Fall In Love With Lulu At The Cleveland Metroparks Zoo

Go Ham For A Hot Ticket To Hamilton

The Pulitzer Prize-winning musical is coming to Cleveland

Reach new heights with a trip to Lake Erie Canopy Tours at the Lodge at Geneva-on-the-Lake. General manager Eric Frantz offers some advice on the three courses.

Listen To A New Sound At The InCuya Fest

Bands like the Avett Brothers, SZA and New Order will rock the stage in August.

Look Toward The Sky At The Airshow

The classic attractions are back with a mix of new sights.

Mosh One Last Time At The Last Warped Tour

Play A World Record-Breaking Game Of Catch With Dad

The Baseball Heritage Museum hosts the event on the field that the Indians claimed their first championship.

Reflect On An Artistic Journey At Yayoi Kusama's Infinity Mirrors

Rock The Night Away At Cain Park

Memphis: The Musical strums into the 80-year-old theater.

Yoga is even better with the golden Lake Erie sunset in front of you.

Soak Up The Sun At Edgewater Beach

Soar To New Heights On The Steel Vengeance

Spot A Superstar At These Star-Studded Concerts

With plenty of shows to choose from, it's easy to see Cleveland has become a go-to concert town.

Stick To Play Time At TapeScape

Great Lakes Science Center will have you stuck on fun

Stop To Smell The Flowers At The Cleveland Rose Society Show

Take Up The Tartan Trend At Mad For Plaid

This exhibit explores the history behind the popular pattern.

Tap Into Your Artistic Side At FRONT

The new triennial will bring together Cleveland's biggest art institutions

See athletes throw telephone poles and bales of hay at the June 22-23 event.

These Three Events Will Have You Summering Like An Italian

Three Local Festivals You'll Want To Check Out This Summer

From Duck Tape to garlic, there's something for every Clevelander.

Three Runs You Have To Try

From inflatables to a half-marathon, we have something for every runner

Tune Into A Musical Milestone At Blossom Music Center