For one weekend this month, Cleveland is the epicenter of the NBA world.  Since LeBron James left (the second time), Cleveland has been an NBA afterthought, with the Cavaliers only totaling 50 wins from 2018 to 2021. And while the Cavs are turning some heads this season (they’ve already topped their win total from last year with three months left in the regular season), all eyes will be on Cleveland for a completely different reason this month. From Feb. 18-20, Rocket Mortgage FieldHouse and downtown Cleveland host this year’s NBA All-Star Weekend, a three-day celebration of basketball’s brightest. This year’s All-Star event is doubly important for the NBA, which is celebrating its 75th anniversary. Along with staging the actual All-Star Game, Cleveland’s downtown will play host to countless NBA-related events. “It’s going to be this cross section of the NBA and culture,” says Mike Mulhall, the vice president of business development for the Greater Cleveland Sports Commission. “It’s really a celebration of basketball life, but with music, food and fashion. That’s the vibe we want to permeate.” With the party of the year set to begin, here’s what you need to know to make the most of All-Star Weekend. 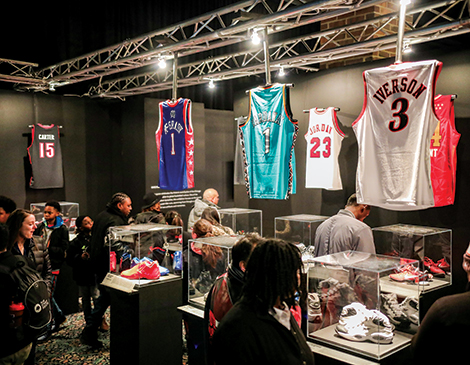 SATURDAY: NBA HBCU Class & All-Star Saturday Night
Saturday, Feb. 19, 2 p.m., Wolstein Center
As an appetizer to the main course of All-Star Saturday Night, the inaugural HBCU Classic between Morgan State University and Howard University will be held at the Cleveland State Wolstein Center. Think of it as the appetizer to the usual Saturday night showcase of the Slam Dunk Contest, 3-Point Contest and Skills Challenge. “The NBA’s social justice platforms — that’ll really be brought out during this event,” Mulhall says. “They don’t just talk the talk, they walk the walk.” Additionally, the Greater Cleveland Sports Commission is hosting a three-day Power of Sports Summit over All-Star Weekend to highlight the various ways the world of sports has impacted the world. Later that day is the aforementioned AllStar Saturday Night. Two Cavaliers who could be participating: Darius Garland in the Skills Challenge and Kevin Love in the 3-Point Contest. Love won the 3-Point Contest in 2012 while he was a member of the Minnesota Timberwolves and was invited to participate in the contest in 2018 but declined. Garland’s Skills Competition case was aided in January when he recorded his first career triple-double against the Utah Jazz

SUNDAY: NBA All-Star Game
Sunday, Feb. 20, Rocket Mortgage FieldHouse
Sunday night is the main event, where 24 of the NBA’s best will share the court. There are some Cavaliers with a shot at making it — namely Mobley, Garland and Jarrett Allen — but the game puts the spotlight on Cleveland. An old friend is making history, as well. With his selection this year, Lebron James tied Kobe Bryant for the second-most All-Star appearances. “Just like the NFL Draft, just like the MLB All-Star game — this is a chance to showcase Cleveland to the world,” Mulhall says. “It’s a chance to help change the way the nation looks at Cleveland.” 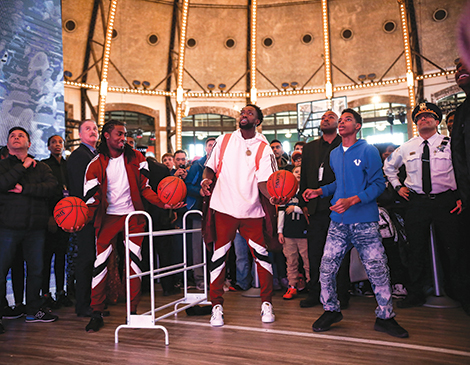 Plus: Click here to read about three places to snag some Cleveland Cavaliers spirit wear.