Aimon Ali first moved to Cleveland from Canada about three years ago and immediately looked for the local fashion scene. While she didn’t find a centralized culture of fashion in the city, she did find like-minded people looking to bring it to the forefront.

Cleveland is no stranger to runway shows, such as Cleveland Fashion Week which ran from 2002 to 2017 and put on a weeks-worth of events surrounding fashion and local retail. After getting to know other fashion-focused people around town, Ali quickly saw there was a potential and desire for another high-fashion event. 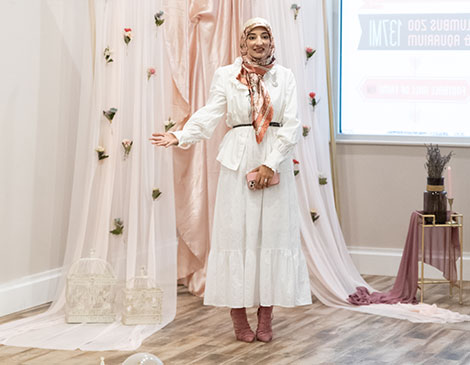 “High fashion to me is not really necessarily a brand you wear or how you dress, I think it's more of how you carry yourself and how you want to experience the lifestyle you live,” Ali says, who helped produce fashion shows for events such as Startup Fashion Week and Men’s Fashion Week in Toronto. “You want it to be elevated, diverse and inclusive, whether it's a fashion event or a conference.”

Enter Fashion Talks, a stylish organization with a glossy Instagram feed that Ali founded during March of 2020, with a goal to host diverse, high-fashion runway shows and events in order to stimulate the fashion community.

Headed by Ali, Fashion Talks has a local 8-person team that handles everything a professional runway show would need including model management, photography and hair and makeup. “Since the second week of February until now, all we've had to plan is this upcoming event. And that's really how much it's grown.”

Like any large-scale event, a runway show takes a village to plan. From decorations to stage production to model management, all the way to the nitty gritty of wardrobe fittings for models. With all the work it takes, Ali’s goal is to do everything by the book, with a fashion runway show that represents the fashion scene in Cleveland, while also helping elevate it. 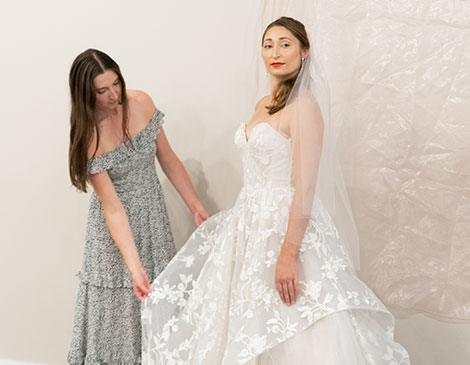 Ali hopes to bring the same level of a fashion show production to Cleveland that is on par with cities such as New York or Toronto, by putting on events that follow industry guidelines, whether it’s designers showcasing a certain amount of pieces, or collections being shown in accordance to different seasons. “I would love for that to be a thing in Cleveland, because as much as we can have great gatherings, I think there’s a lot of industry standards that need to be put into place.”

Nine designers and boutiques will be featured in this one-night event. Along with a Canadian designer and Ali’s own online boutique, Nomia Studio, four local, up-and-coming designers will grace the runway this Saturday, July 31 at the Madison Venue on Payne Avenue.

The designers, who each went through application process to be in the show, will show either six or ten exclusive looks, showcasing different original pieces. Designer Ashely Bohanon of Bohanon & Co. caught Ali’s attention through her work with couture-inspired designs and the fact that she provides custom sizing, which aligns with Ali’s value for diversity in all forms on the runway. 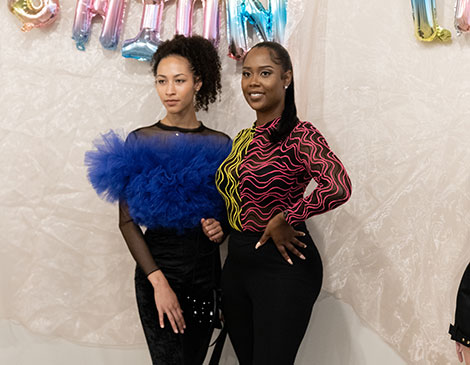 “I loved some of her tulle pieces, because they were bringing the drama that I was missing,” Ali says. “I wanted it to be like a mix of different styles. And not just your generic like, size, 0, 6-foot-tall model. We want it to be size inclusive.”

Other local applicants wowed Ali as well, such as Jada Taylor, behind Mixd Fashion who creates bold pieces that blend everything from streetwear, athleisure to Western-inspired elements. Pieces by local brand Liv by Olivia Grandis will boast a more classic collection of French-inspired basics and neutral colors while Victoria Cohen, an alumni of Project Runway Junior, will debut a variety of looks as well.

“I want something no one has seen before,” says Ali.

Inspired by Cleveland’s many woman-owned shops, Ali also chose some ready-to-wear pieces from local boutiques Fetch & Co. and Apricot Lane in Crocker Park and even some wedding looks from Luxe Redux Bridal. “I know there’s a big wedding industry in Cleveland and I wanted to show some not super traditional gowns on the runway, so I thought it would be a really nice fit,” she says.

While the show will also feature local models of all sizes and backgrounds, Ali decided to close the show out with a “Ladies Of Influence” segment, featuring five notable women in Cleveland on the runway such as councilwoman Jasmin Santana, Cocky’s Bagels co-owner Natalie Bata, co-founder of Dancing Wheels Co. Mary Verdi Fletcher and others. 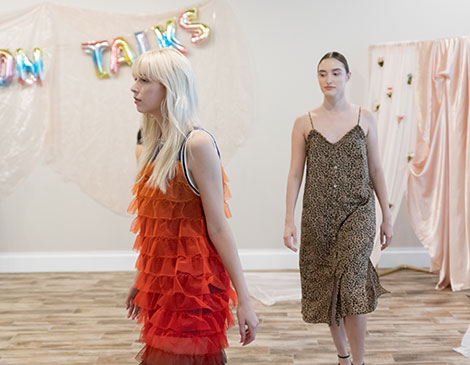 Tickets to the July 31 show are selling quickly, with the cost between $60-$150. Kicking off at 6 p.m., the show will begin with models hitting the runway wearing looks from each designer. Afterwards, there will be a performance by local musician Siena and a choreographed routine by local ballerinas.

Local businesses such as Zuzu Chocolates and Cocky’s Bagels will cater an after party where attendees and potential buyers will have chance to mingle, see the designs up close, make purchases and overall, keep the momentum of fashion in Cleveland going.

“The goal of the show was to promote buying from local designers and understanding that there’s yes, boutiques, but you can also get designer clothing and original pieces,” says Ali. “And it’s not going to be just, ‘Oh, I'm going to watch a fashion show then get up and go home.’ We want it to be more.”