The Vibe: Located near Cuyahoga Valley National Park, this is the kind of store we could happily get lost in. The 16,000-square-foot collection of racks of camping and outdoors goods — from backpacks, boots and sleeping bags to camping gear for dogs and kayaks — covers all needs at a variety of price points.

What It's Known For: While the store originally catered mostly to high-level hikers when it opened in Canton in 1988, owner Mike Leffler and his staff spend as much time outfitting beginners with gear as they do experienced outdoorspeople. “We’re pretty in tune to what people in this area are looking to do and where they’re going,” he says. 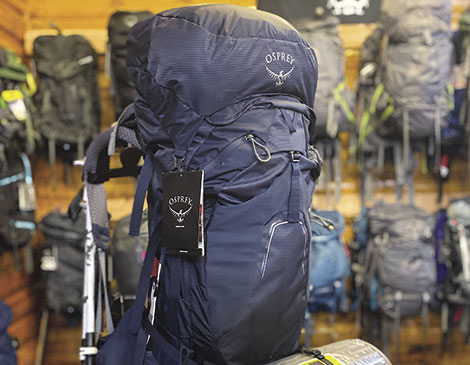 The Vibe: Home to higher-end gear goodies and with a woodsy interior, this shop gets us excited to stock up and venture outside. But it’s also a gathering place of sorts for enthusiasts, who will often just hang out and share stories. “On Saturdays, people come in, and you can grab a beer while you’re shopping and hang out,” says manager Erika Fabbro. “It’s fun.”

What It's Known For: When Fabbro’s grandfather-in-law started Backpackers in 1966, it was originally a canoe rental spot, and the store still keeps that watersport spirit alive with dozens of types of kayaks and paddleboards. The store also still offers rentals on items such as tents, backpacks and more for folks dipping a toe into camping. 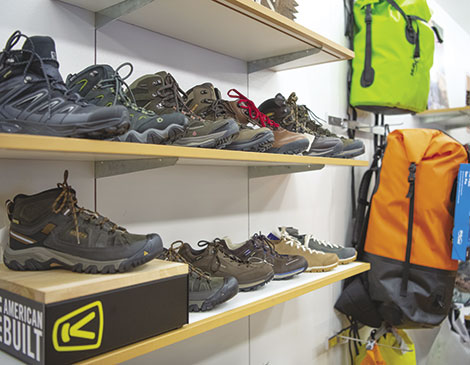 The Vibe: The family-owned outdoor shop opened its first location in Lakewood in 1932, but its Chagrin Falls location, which opened in 2005, has a modern feel with hardwood floors and two levels filled with what co-owner Gordon Geiger likes to call “toys.” “Which is sports gear,” he says. “Whether it’s hiking or adventure travel, we sell a lot of footwear and accessories and lightweight day packs, some tactical camping.”

What It's Known For: If you like blending your love for the outdoors with name-brand labels, Geiger’s is all about the hype. The shop carries gear and clothing from brands such as Patagonia, Pendleton and Canada Goose, which means you’ll still look pretty on-trend while roughing it.