1. Jayson Oweh, defensive end from Penn State: Outside of Myles Garrett, the Browns are lacking pass rushers on defense. That’s where Oweh, a 6-foot-5, 252-pound defensive end, could make sense. He didn’t register a sack at Penn State last year, but is viewed as athletic and explosive enough to eventually be a double-digit sack player. It’s fair to wonder, though, if Oweh is ready to contribute enough right now for a Browns team that wants to make a deeper playoff run in 2021. (Editor's Note: This article appeared in our April issue, which was published before the Cleveland Browns acquired defensive end Jadeveon Clowney.) 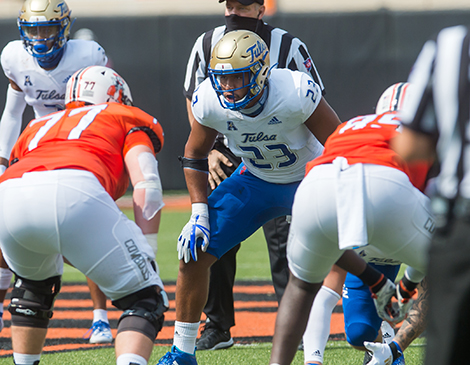 2. Zaven Collins, linebacker from Tulsa: The Buccaneers’ Super Bowl win was a reminder that high-end linebackers can help in the biggest games. The Browns’ unit last year, featuring veterans on one-year contracts and mid-round picks, was OK, but not close to Tampa Bay’s Lavonte David and Devin White. That could make Collins, a 6-foot-4, 260-pound linebacker who won the Bronko Nagurski Trophy as college football’s best defender last season, an attractive option. 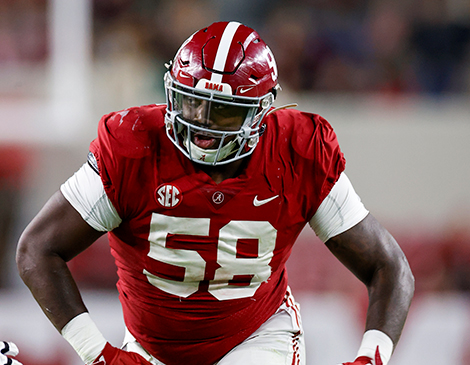 3. Christian Barmore, defensive tackle from Alabama: Larry Ogunjobi is headed into free agency and Sheldon Richardson might be cut to save money against the salary cap, so a defensive tackle could be near the top of the Browns’ needs list. Barmore would be a prime draft option as a 6-foot-5, 310-pound defensive tackle. Barmore, though, was never a full-time starter and picking him would be betting that the flashes he showed as a pass rusher and run stopper will translate to the NFL.

Click here to read our full guide to the 2021 NFL Draft in Cleveland.