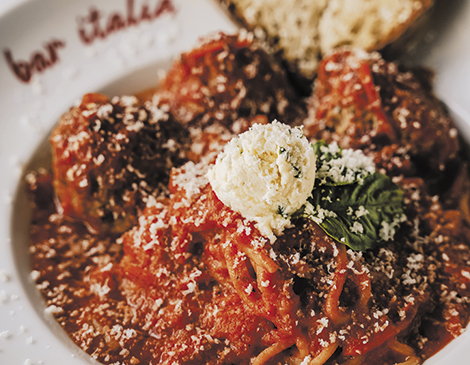 Bar Italia
Local restaurateur Rick Doody didn’t think twice. Having to pivot quickly due to COVID-19 in order to keep his employees working, Doody decided to transform his sit-down coastal-themed Lindey’s Lake House in Beachwood and Lakewood into Bar Italia, a new destination for family style and to-go pasta dishes. Along with the more deliverable menu focusing on classic Italian dishes such as chicken Parmesan, pasta primavera and three-meat lasagna, the restaurant’s atmosphere also shifted, as the space went from bright and nautical to more moody and intimate, like night and day. “It’s a total transformation,” says Doody.  With house-made sauces and fresh pasta from Flour Pasta Co., Doody aims for this concept to not only fill an empty spot, but also leave a mark. “We just think there’s a real void for good Italian in the city,” he says. “The best pasta in the city, that’s what we’re gearing toward.” 2101 Richmond Road, Beachwood, 216-342-5030; 15625 Detroit Ave., Lakewood, 216-303-9699, baritalia.com 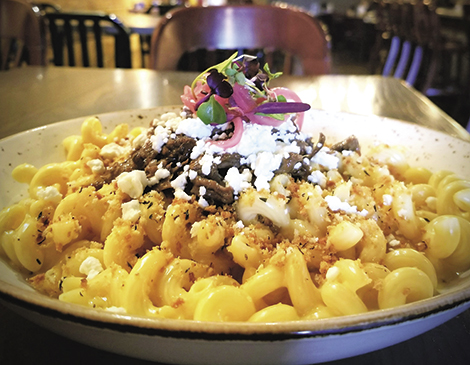 Pub Frato
When the future felt uncertain, Pub Frato owners Lynda and Chris Frate followed their gut reaction to stay close to home. After receiving a wealth of community support during and after the COVID-19 shutdown, the husband-and-wife duo scrapped their idea of turning their beloved gastropub into a chain. Instead they decided to stay focused on the family aspect of their restaurant by adding a Chagrin Falls location, which will be run by their nephew and is set to open this summer. “We’re just going to keep it in the family, keep it small,” Chris says. “All the love the community showed for us, I don’t want to lose that feeling.” Longtime regulars can expect all the staples such as their pub cheese mac ’n’ cheese and Brussels sprouts with goat cheese, spiced nuts, bacon and balsamic vinaigrette from the original Pub Frato, with an emphasis on takeout and curbside orders remaining a permanent fixture at both locations. 7548 Fredle Drive, Concord, 440-867-2441; 25 Pleasant Drive, Chagrin Falls, pubfrato.com 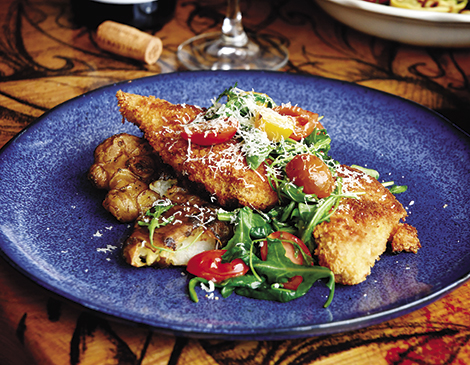 Rood Food & Pie
Rood Food & Pie owner Brian Ruthsatz had to embrace flexibility in the last year. With an original concept of communal family style sliders and pie, he had to reimagine how his restaurant could operate safely under COVID-19 restrictions. Knowing his customers’ love for baked goods, he quickly pivoted by hosting Burial Grounds Vegan Bakery, offering daily brunch that attracted many work-from-home Clevelanders and creating a late-night pie bar with cocktails served alongside decadent options such as whiskey-chocolate and amaretto-custard. In March, the restaurant returned to serving dinner with a focus on modern American cuisine, but it continues to deliver all the latest changes implemented along the way. “[Pie] takes you back, it makes you feel good, especially during these times,” Ruthsatz says. “Without COVID I never would have thought in a million years it would work, but it did.” 17001 Madison Ave., Lakewood, 216-712-4506, rfpie.com 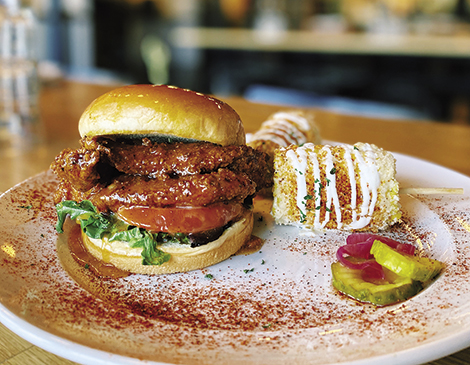 Sauce the City
After the abrupt closing of Ohio City Galley in early 2020, Victor Searcy Jr. was ignited to relaunch Sauce the City in its former space last May. While he prioritized to-go and prepackaged options for his fast-casual fare, including his famous Cleveland Hot Chicken Sandwich, he kept the market hall concept the same. By opening Sauce the City Food Hall, he’s helping up-and-coming chefs get their start. So far, Sauce the City Food Hall is home to Tiwanna Scott-Williams’ Southern comfort food at Pearl’s Kitchen, chef Will Lewis’ Detroit-style pizzas from Good Meal Jane and Jose Melendez’s Latin American cuisine at Twisted Taino. “[Ohio City Galley] really helped us grow, so I want to help other Cleveland entrepreneurs in that sense,” says Searcy, who’s cooking up plans to expand to the East Side and create his own cooking show. “I give them coaching, help them with their marketing, their branding, everything.” 1400 W. 25th St., Cleveland, 216-795-5033, saucethecitycleveland.com 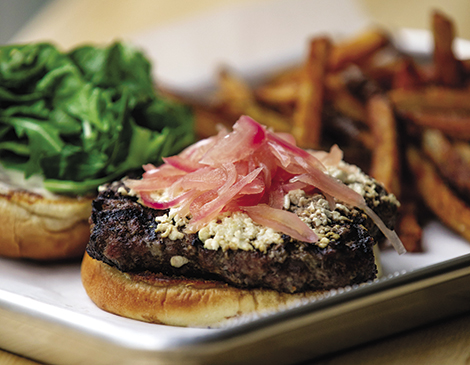 Zaytoon Lebanese Kitchen
When downtown Cleveland businesses switched to a work-from-home mentality, Zaytoon, which greatly depended on hungry workers during their lunch breaks, had to weigh its options. After getting over the first three-year hump as a completely new business, owner David Ina was forced to close down the Lebanese eatery last July. At first, he thought about shifting to a new restaurant model that would appeal to a wider crowd, but after months of deliberation, Ina couldn’t shake his emotional attachment to the Lebanese concept near and dear to his heart. “At Zaytoon, we’re doing something a little special,” he says. “I take a lot of pride in not only the food we serve, but I feel like I share a little bit of the culture with people when they come in.” Ina reopened in February with a slightly new menu by introducing breakfast, burgers, chicken sandwiches and even gyro-on-a-cone as a way to stay close to its roots while pulling in new customers. 1150 Huron Road E., Cleveland, 216-795-5000, zaytoonlebanesekitchen.com