Want to get a taste of Northeast Ohio's music scene? There's always plenty of new tunes to check out.

Here, we're showcasing just a small slice of Cleveland music in the past year. Below, check out some notable local releases, showcasing the jazz, hip-hop, rock, experimental, folk and indie scenes in the city.

Also, be sure to follow Cleveland Magazine on Spotify, where we’ll be sharing playlists of local music in the new year. Some artists aren't on Spotify; check out their websites and social media profiles to listen to their tunes. 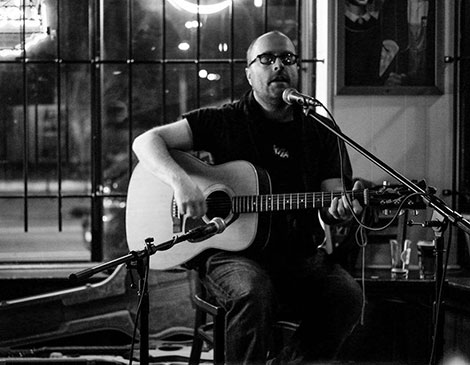 Alan Madej
Along with his annual original Christmas song release, this local rock musician released a whole new album’s worth of tunes in Leave A Light On. In the project, both Madej and Indiana-based collaborator Michael Harold Doty share eight catchy, tender tracks. alanmadej.bandcamp.com 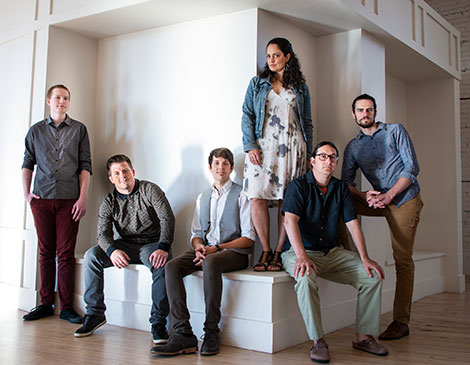 Alla Boara
This Italian folk music ensemble's debut album Le Tre Sorelle (translating to 'The Three Sisters') shows a unique take on folk music from Italy, drawing on different traditions from the country. “There’s a wide palette that’s offered in Italian folk music,” band leader Anthony Taddeo says. “Most of these songs are in dialects that the average Italian does not know unless they’re from a very specific region. Our songs come from all over Italy.” allaboara.com 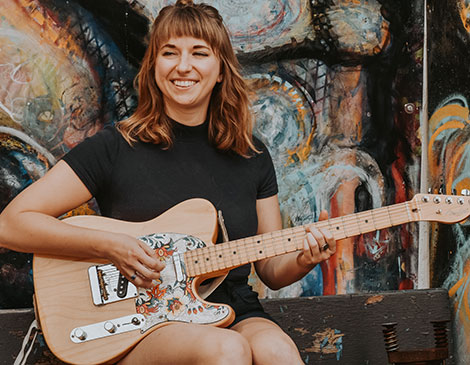 Bethany Joy
When the coronavirus pandemic canceled her performances in early 2020, Bethany Svoboda – who performs under the name Bethany Joy – saw a silver lining: This would be a good time to strengthen her guitar playing. You’ll hear her new skills on her latest blues-infused album Planet. bethanyjoymusic.net

Biitchseat
The band opened its latest album Float with powerful, room-filling rock chords entwined in the smooth, low timbre of vocalist Talor Smith. From there, the record opens up into a collection of indie-rock jams bouncing between mellow and angst-fueled energy. biitchseat.bandcamp.com

Carlos Jones & The PLUS Band
​​When Carlos Jones and his Peace, Love and Unity Syndicate rings out those soulful grooves, the crowd perks up, and the night goes smooth. The group, known for its long history within the Cleveland reggae scene, dropped A New Day this year, garnering a nomination for Best Reggae artist from the Cleveland Music Awards. carlosjones.com 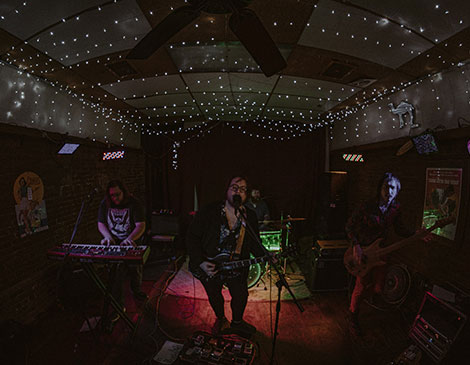 Cellophane Jane
Lex Moda documents his healing journey following a car crash in his teenage years in Cellophane Jane’s latest album The Ballad of the Bad Luck Boy. Song-by-song, Moda documents the past 10 years of his life, starting with the breaking glass moment of the car crash in the glammy kickoff “The Revealing.” “It’s been a strange adventure to come back to the stage,” Moda said. “Every year I try to document in this record, from the happy-go-lucky, carefree naivety of not knowing what’s about to happen, to kind of accepting what was going on in my life with the diseases and finally trying to come back to a state of confidence.” cellophanejane.com 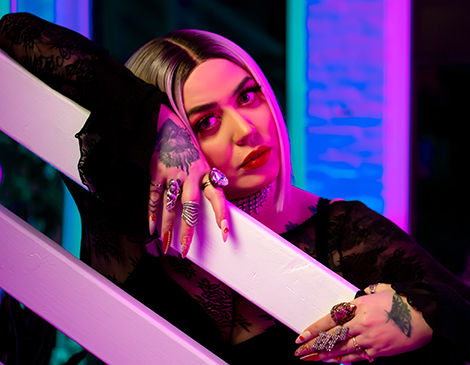 Chayla Hope
Rock-turned-pop star Chayla Hope set out to make a record someone could dance and cry to at the same time. In October, she delivered in the form of Damn, Feelings, an 80’s-inspired ode to the highs and lows of heartbreak. chaylahope.com

Children of Artists
Featuring lyrics written by Mourning [A] BLKstar’s LaToya Kent and RA Washington, Ballad of the Liar’s Tongue incorporates experimental collaborations within a loose collective in Cleveland’s music scene under the name “Children of Artists.” clevelandtapes.us

Grumpy Plum
Known for quirky, relatable lyricism and a TikTok presence responsible for the band’s growth into a Cleveland staple, Grumpy Plum channeled every ounce of irreverent angst with the January 2022 single “i don’t care.” grumpyplumband.com

Heavy Cat
This formed-in-Cleveland project goes full-force in the aptly titled The Return of Heavy Cat. The scuzzy rock group blasts through 10 new bangers (standouts include "Numero Uno," "Recycle" and "Frowner") in this tight album.  facebook.com/theheaviestcat 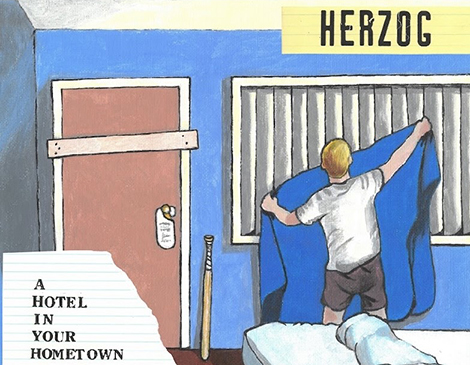 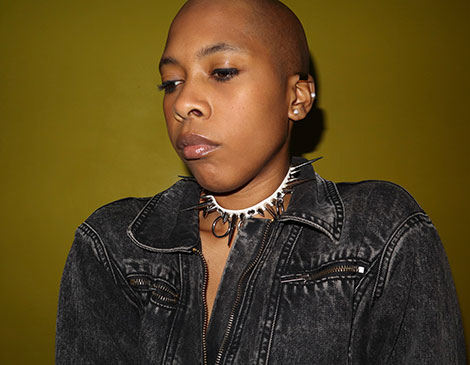 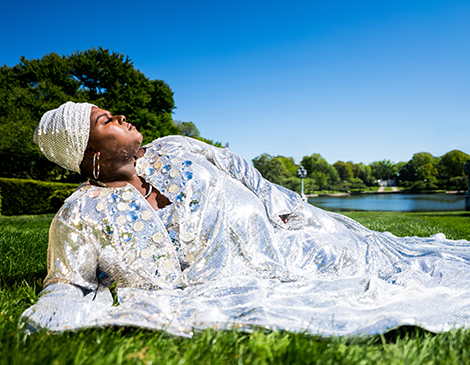 Kyle Kidd
The singer known for their work with local groups like Mourning [A] BLKstar went solo this year with Soothsayer, a vulnerable album tackling the ups and downs of love, life and creativity. Abstract visuals and fashionable looks tied to the album package the release in a neat, multimedia bow. kylekidd.com

Last Gasp
It’s hard to follow the Cleveland hardcore scene without stumbling across Last Gasp. You may even see the band’s merch on the backs of international acts like IDLES. Check out the group’s latest demo Fall ‘22 Eternal for a glimpse of what Last Gasp has in store for the Northeast Ohio scene. lastgaspoh.bandcamp.com 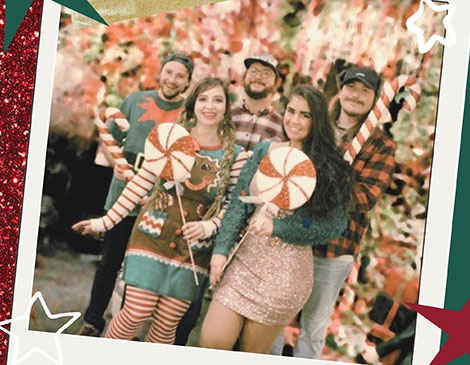 Lea Marra & The Dreamcatchers
This group put out an especially folksy take on holiday music with A Candy Cane Christmas. Hear some new bluegrass-infused originals, along with a passionate cover of “Auld Lang Syne.” facebook.com/leamarramusic 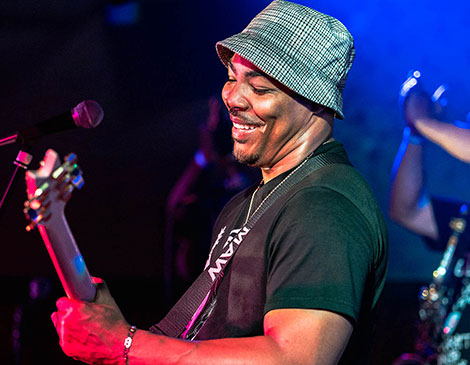 Marcus Alan Ward
This Cleveland musician returned to his foundations of jazz guitar when crafting Cruiserweight — eight funky tracks inspired by the musician’s boxing hobby. Collaborators pop in and out, some singing, some rapping, but the mostly instrumental album never once features his voice. marcusalanward.com

Mourning [A] BLKstar
This Cleveland music collective and its members are constantly making new music, and this year the crew released Celestial Bodies, a collection of recent pieces which appeared in both local and international dance, arts and television projects. mourningablkstar.com 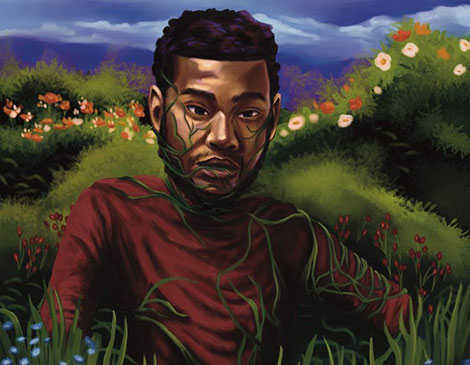 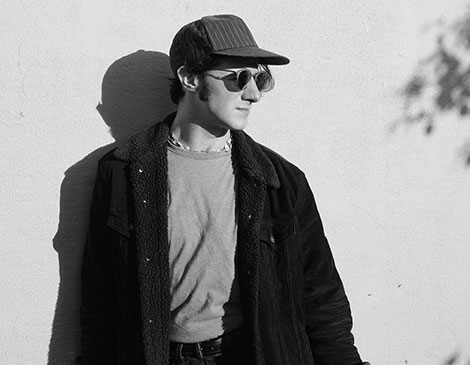 Ray Flanagan
Local musician Ray Flanagan has put out a prolific string of singles for the past two years, consistently showcasing his rootsy acoustic work and his energetic rock band showcase every single month. Flanagan says he’ll step back from the monthly releases in 2023, with plans to put out a full-length album next. rayflanagan.net 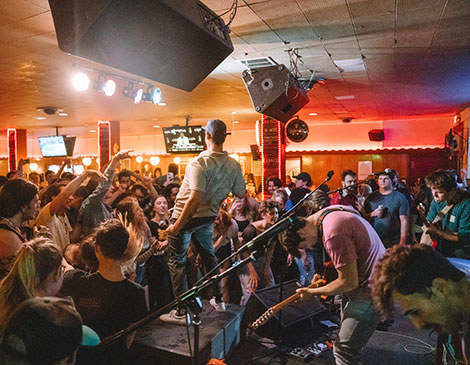 The Rosies
Rose gardens: tranquil and peaceful, right? Not so much on The Rosies' new album Welcome to the Rose Garden. But we wouldn't have it any other way — punky, hard-rocking and mosh-pit ready, this album is 10 tracks of pure fun. facebook.com/therosies

Signals Midwest
In an era where midwest emo reigns supreme in the headphones of alt kids across the nation, Signals Midwest holds it down in Cleveland with its recent release, Dent. The fourth album in the band’s discography, Signals shows off a maturity and precision on the record rivaling any previous release. signalsmidwest.bandcamp.com 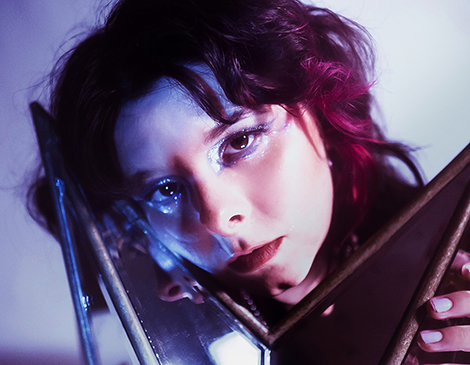 The Sonder Bombs
The Land received a new emo anthem this year when the Sonder Bombs dropped “ The Star.” Listening to the track evokes a tongue-in-cheek resilience with lyrics referencing the singer’s history balancing mental health and a career in music. thesonderbombs.bandcamp.com

Uniity
Raven Clark blurs every genre as Uniity, and you can hear that on her latest album Hiives. The experimental release incorporates industrial, pop, noise and avant-garde elements into a sound that stands out in Cleveland’s scene. facebook.com/whoisuniity

Wesley Bright
Breaking away from the rest of his usual band, The Honeytones, Wesley Bright struck Northeast Ohio with a soulful 12-track record exemplified by the raucous title track “Must be the Love.” The singer — known also for his company Akron Honey — takes listeners on a journey from soul-filled croon to a belted gospel reverence. wesleybright.com 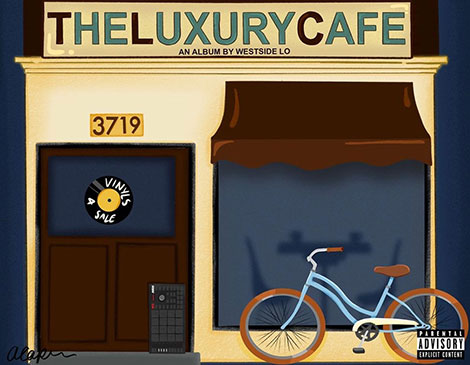 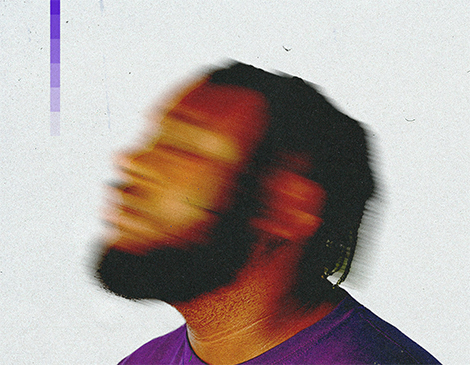 Will Cherry
With a sound that harkens back to 2008-era Kanye West, Will Cherry achieved a record as hype as it is emotionally in touch with Cherry’s growth as an artist, and a person. Ultraviolet boasts a credit from Sango, known for their work with The Weeknd and Frank Ocean — most production comes from Cherry himself. willcherry.us

Dig in to the food, sports and news stories that defined 2022 with our full list of year-end wrap up stories.