If you’re guilty of scrolling Instagram for silly puppy pics, then you’ll want to paw over to Lakewood dog photographer Greg Murray’s feed (@CLEGreg) for your daily dose of cuteness. Last February, Murray launched a series capturing dogs’ expressions while eating peanut butter. Murray’s inspiration came from his rescue mastiff Bailey, a joyful dog that appeared sad because of his large jowls and constant drooling. He decided to test the peanut butter-makes-dogs-happy theory, and Bailey’s funny tongue-out picture inspired him to keep photographing more dogs. “Most dogs love peanut butter, and the faces they make while eating it tend to be hilarious,” Murray says. “They drool, their eyes widen and their tongues do things you didn’t think were possible.” To celebrate the March 14 release of Murray’s book Peanut Butter Dogs, match the pup below to its name. 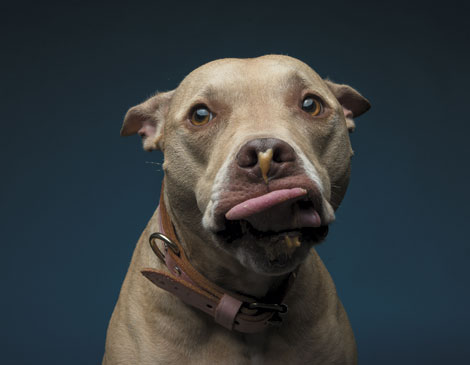 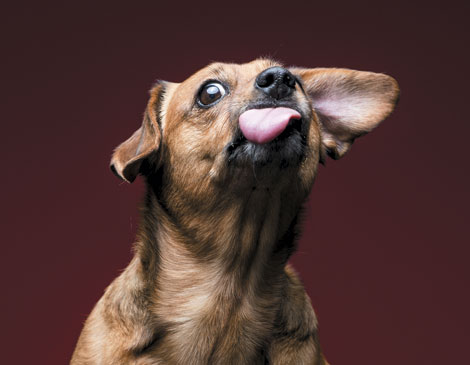 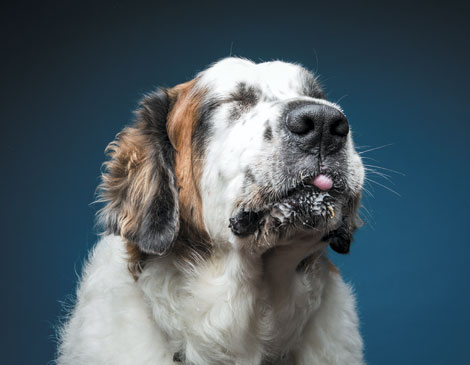