Laura Wimbels had lost her passion. So she quit her job as a corporate photographer at a local crafting company and set out to capture what she loved: her hometown. The result is Faces of Cleveland, a 132-page hardcover book of portraits that debuted Oct. 22. “It got me excited about photography again,” she says. “I hadn’t felt that in a number of years.” The 33-year-old spent two years photographing more than 125 Clevelanders — from notables such as Momocho chef and owner Eric Williams to lesser-knowns such as Randy Hoover, a protester during the Republican National Convention — who are a piece of the city’s comeback. “Everyone just has a different part in this resurgence that the city has been going through,” she says. We asked Wimbels and a few of her subjects to tell us what they discovered in the images. 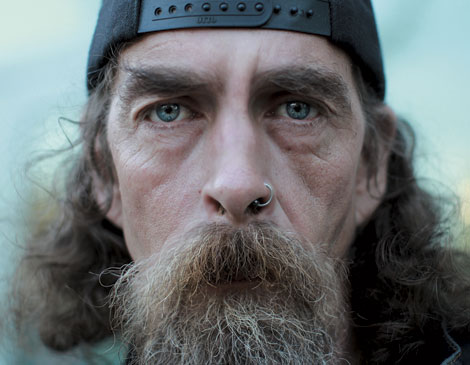 John Douglas, 49
Security, Grog Shop
The artist  “I don’t get nervous to shoot people anymore but was nervous to ask him. I took one shot,” says Wimbels. “He’s like Morgan Freeman where he doesn’t age. The lines on his face and his eyes, they all tell a story. You can tell there is history there.”
The subject  “I wish I looked younger. I said, ‘What are you going to do with that? Use it to scare children?’ ” Douglas laughs. “It’s an honest photo. It was not planned or set up. It’s representative of what I look like at work. I was rushing, and I was a little stressed.” 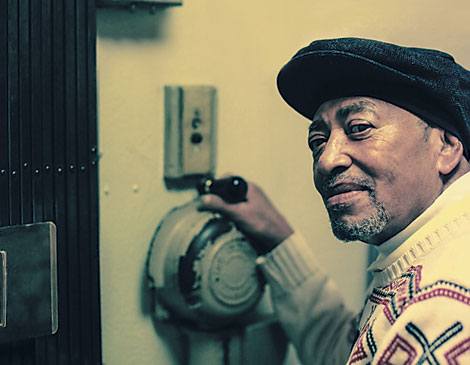 John Huggins, 80
Elevator operator, ArtCraft Building
The artist  “He sits there all day and goes up and down,” says Wimbels. “I wonder what his day [is] like, how many times he goes up and down. There’s probably a schedule of people he sees at the same time every day.”
The subject  “I’ve been doing this for 15 years. Eight hours a day, you meet a lot of interesting people,” says Huggins. “[She captured] a happy guy — that’s how I like to go about my days. I try to make other people smile and give them something to laugh about.” 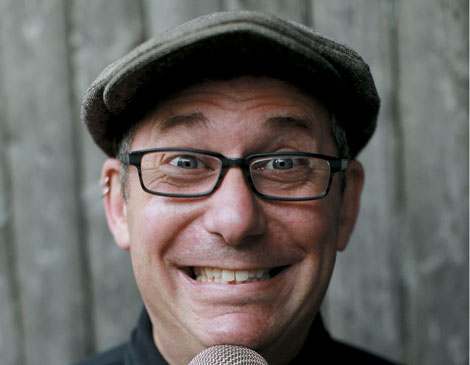 Ken Schneck, 39
Professor, Baldwin Wallace University; radio host, This Show Is So Gay
The artist  “He’s been using his voice in the LGBT community — that’s why we had the microphone in the picture,” explains Wimbels. “He looks full of life. You’ll know within four seconds of [talking to him] why he’s such a great human.”
The subject  “I’m a radio guy. I use my voice to tell a story,” explains Schneck. “She stole my soul on the camera. [The photo] is really what I do on the radio. To see her translate my audio into visual was the perfect representation of me.” 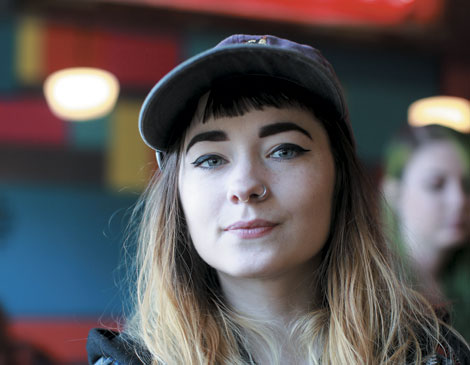 Bronwynn Millisor, 25
Student, Cuyahoga Community College; bartender, Now That’s Class; actress
The artist  “I recognized her from being out and remember that she was always so nice. You can make an impact by just being a friendly Cleveland face,” says Wimbels. “The liquor sign is striking and pulls you in. Then you see her and she looks so cool.”
The subject  “I’m still getting comfortable with people taking pictures of me,” says Millisor. “It’s probably one of the best pictures I’ve had taken of me. It wasn’t just another picture; it had my personality in it.”