Many of us recall the iconic shot of LeBron James with outstretched arms, eyes skyward and his Nike banner in the background as a sea of screaming fans cheer his name at last year’s Cleveland Cavaliers championship parade. But Cleveland photographer Christina Sadowski didn’t head downtown June 22 to cover the festivities in search of players. She knew the national guys would take care of that. Instead she looked to the sidelines. “We had 1 million people come out for the day and it was peaceful, it was exciting, and it had an energy,” she says. “We have the best fans and a great sense of community.” That unity inspired her to gather the photos she took that day and present them in an exhibit titled The Day Cleveland Stood as 1M showing at her 78th Street Studios’ e11even 2 art gallery June 16. Here she breaks down the day. 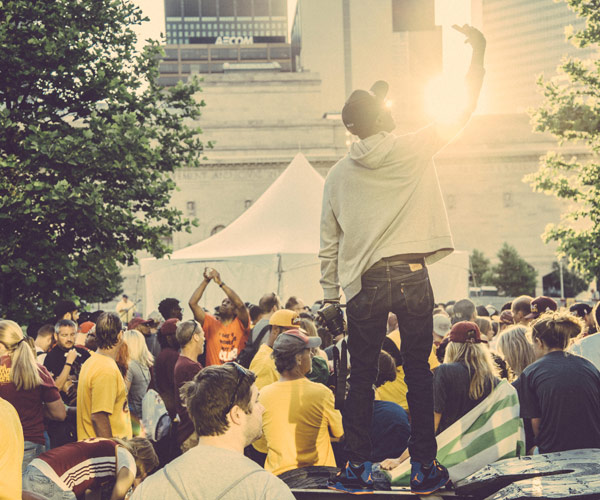 The Mood: Sadowski wasn’t sure what to expect when she arrived at Mall B at 5:30 a.m. While the months leading up to the parade had been rife with racial tensions, issues with police brutality and concerns about the upcoming elections, diverse crowds had gathered and stood side by side. “There was so much turmoil in everyday life,” she says. “Then, to get down there and see everyone put all of their differences and problems aside and just all hang out and high-fiving — looking past all that and just celebrating and being a true community. It’s something I will probably never experience again — positive vibes everywhere.” 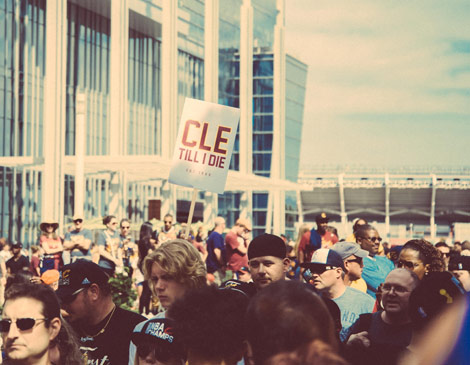 Street Photography: Although, she has shot professionally for nine years, the 34-year-old first learned the ins and outs of street photography through a Netflix documentary she watched a week prior to the parade. One of her favorite shots is of a sea of people by the FirstEnergy Stadium and a guy holding up the sign that says “CLE Till I Die.” “I know it’s a MGK thing,” she says. “But if you’re a Clevelander, you’re a Clevelander for ever. It shows so much about that day that you can’t erase.” 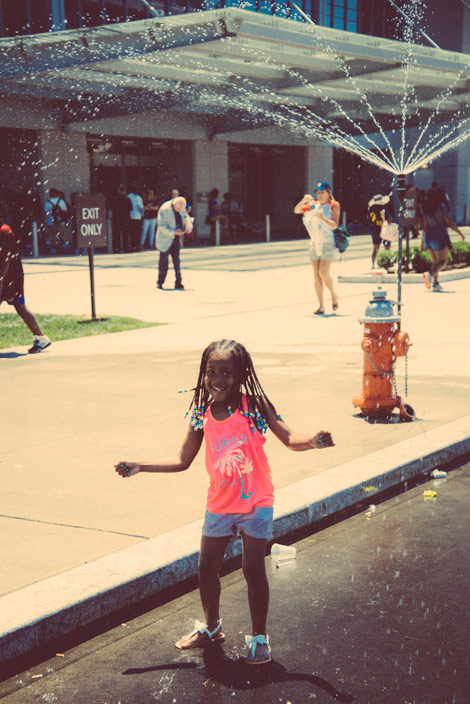 Curse Reversed: Ending the 52-year championship drought was so much for some Clevelanders that Sadowski still felt fresh emotions from the healing wounds. “As a city, I feel like Cleveland has become so [prone] to heartache and being upset that once we had that moment, it really united everybody. It was great to see the kids there because they have no idea how monumental that day was. The older people are probably still wiping tears away as they’re watching the parade go by on the screen. I was just proud to see how well everybody celebrated and put everything aside for the moment. We were true Cleveland fans.”

The Cleveland Museum of Art just acquired a powerful new sculpture that speaks to both the past and the present.