The Community West Foundation is hoping to spark compassion in Cleveland with its upcoming Matthew 25 Collection by Canadian artist Timothy Schmalz. Cleveland joins Rome, Italy, as one of only two cities in the world to host the complete collection. The six pieces, which depict ways people can help each other, will be strategically placed around Cleveland. The foundation is hoping to have them up by the end of the year, weather permitting, and they’ll be permanent fixtures. “They truly are a visual representation of our mission,” says Community West marketing director Maria Estes. “We are so excited to share them with Cleveland.”

Homeless Jesus at St. Malachi Parish
The most famous piece of the collection, this first came to Cleveland as a replica in 2008. Within 20 minutes of being installed next to St. Barnabas church in Bay Village, the police were called because someone mistook it for a homeless person. 2459 Washington Ave., Cleveland 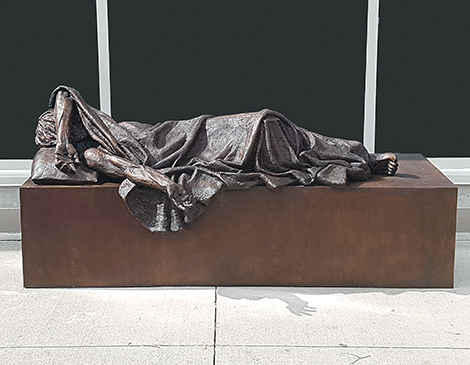 When I was Sick at Cleveland Clinic Lutheran Hospital
This statue represents the many ways illness affects people, including mental health, addiction and disability. It depicts a blanketed Jesus, who’s covering his face and lying on a bed. 1730 W. 25th St., Cleveland 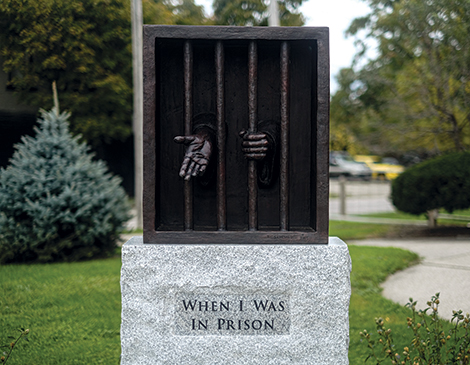 When I Was in Prison at Bridge CLE
This statue portrays the loneliness of people who are incarcerated, focusing specifically on the struggles they face as they re-enter society. The depiction of arms reaching out of prison bars ties in with Bridge CLE’s mission to build relationships between people. 3389 Fulton Road, Cleveland 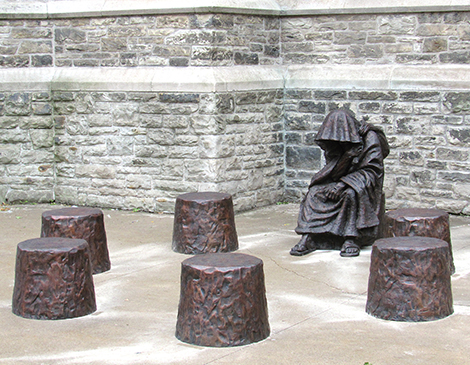 When I Was a Stranger at Refugee Response on the campus of Urban Community School
This piece calls on the viewer to understand the difficulty immigrants face. It shows a hooded Jesus sitting alone next to six open seats, inviting community from nearby strangers. 4909 Lorain Ave., Cleveland 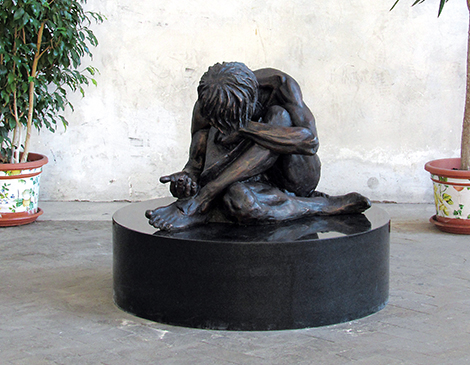 When I Was Naked at Malachi HouseThis statue illustrates the vulnerability of the poor and those who live without basic needs. This vulnerability is seen in the statue, as Jesus sits with his head bowed. “For the past 20 years, Malachi House has always been a hub for helping the poor and homeless,” Estes says.” 2810 Clinton Ave., Cleveland 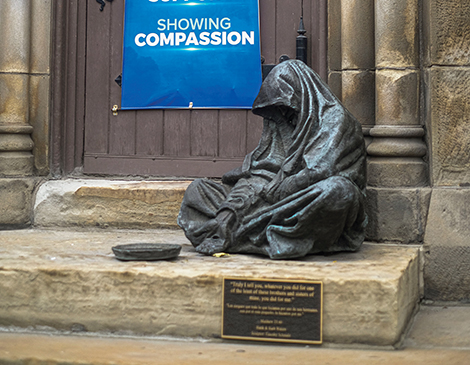 When I Was Hungry and Thirsty at Old Stone Church

This part of the collection calls us to care for the homeless through a bronze Jesus sitting on the concrete with an empty bowl in front of him to convey the hopelessness and desperation of those who are starving. 91 Public Square, Cleveland