Southern Cafe’s Chicken & Sausage Gumbo
Executive chef Tony Fortner takes pride in the authenticity of his seasonal chicken & sausage gumbo ($9), which uses andouille sausage from California, locally sourced chicken, Tasso ham and a variety of spices and veggies. With just the right amount of spice, it’s an authentic option. “I’m willing to put this gumbo up against any gumbo in the city of Cleveland,” says Fortner. 11817 Detroit Ave., Lakewood, 216-801-4535, southerncafeohio.com 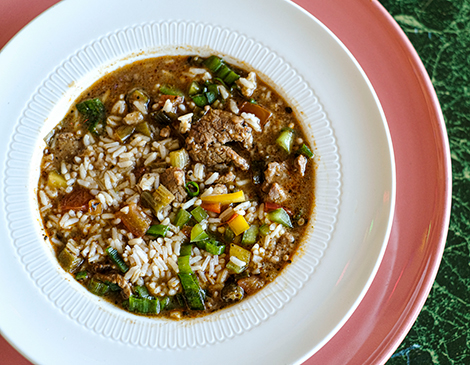 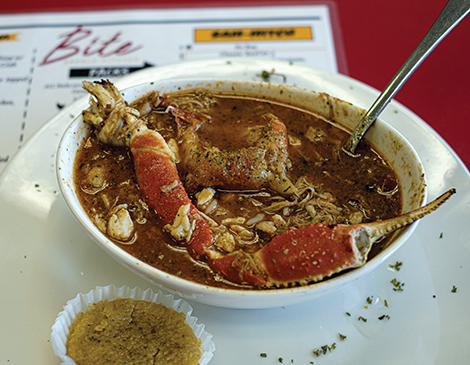 Bite Creole Kitchen’s Northern Gumbo
The ingredients in Northern Gumbo ($15) at Bite Creole Kitchen don’t hold back. Made with crawfish, crab, chicken, sausage and shrimp, this dish won’t let you leave hungry. It also has peppers, celery and as many spices as you want. “We cook with love, we take our time, we don’t cut any corners,” says chef and owner Darcy Spraggins. 4262 Monticello Blvd., Cleveland, 216-505-5344, bitecreolekitchen.com 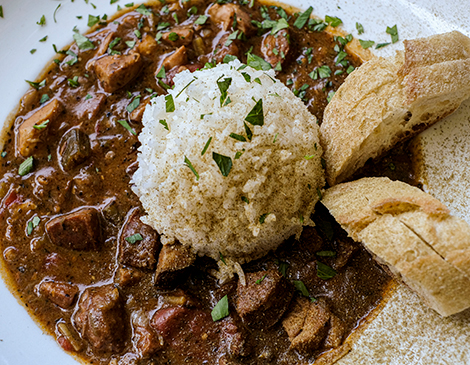 Bourbon Street Barrel Room’s Johnny’s Famous Gumbo
Johnny’s Famous Gumbo ($15.95) features smoked chicken and sausage in a roux that has been browned to a perfect tobacco color. With the holy trinity of gumbo ingredients (peppers, celery and onions) along with okra and file, this dish captures the spirit of Creole cuisine. “My belief in a good gumbo is the skill, not the recipe,” says chef Johnny Schulze. 2393 Professor Ave., Cleveland, 216-298-4400, bourbonstreetbarrelroom.com 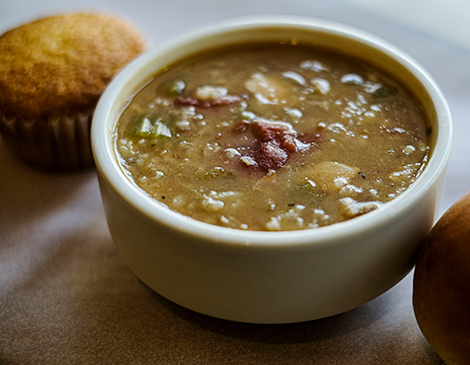