Sawyer’s is everything you know and love about the James Beard Award-winning chef Jonathon Sawyer — and then some. Following on the heels of opening his Columbus-based restaurant SeeSaw, Sawyer’s debuts Nov. 20 in the Van Aken District with a plethora of old and new favorites in a starkly modern and relaxed setting with a new approach to cooking using a wood fired oven. “Whether it’s chapas, the oven, the char broiler or the rotisserie — we allow that [wood-fired oven] to be the seasoning that sort of binds everything together as opposed to a country or a place or a style of cuisine,” says Sawyer. “I think it’s very different than anything else I’ve ever done.” Here are three things to know before you dive into the new spot this week. 3396 Tuttle Road, Shaker Heights, 216-860-1236, sawyers.restaurant

Walking into Sawyer’s is a curious experience — the walls are bare, slick and stark white while the seating provides a deep blue pop of color suggesting a modern night out on the town. But everywhere you look there’s a jungle of green plants and shrubs that pay homage to Sawyer’s focus on an organic quality of life and makes the visitor feel like they’ve traveled someplace far and away. Don’t miss the rooftop patio in the summer with a full bar. “I can’t tell you yet — because [Sawyer’s is] so young — if it’s liberating or frustrating to have the freedom we have where we can be all of my training inspirations: a little bit Italian, a little bit French, a little bit Japanese and a little bit American,” says Sawyer. 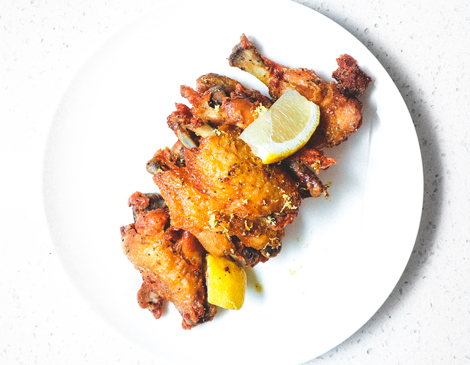 Classic Eats
After establishing Greenhouse Tavern as a downtown foodie destination, and opening Trentina, the highbrow Italian restaurant dedicated to foraging which closed last year, Sawyer has had success with dishes that have found a way into many must-eat lists across Cleveland. At Sawyer’s, you’ll find several of these famed foods such as Greenhouse Tavern’s crispy confit of chicken wings ($13) — but with an added upgrade. Here, they come in three flavors: traditional, a near-Szechuan hot style and a sweet lemon pepper citrus. “The ability to go back and mess with something 10, 12 or 8 years later and see it in a different light helps you as a cook realize that there are other things than a perfect dish or a perfect plate,” says Sawyer. “You just cook and hope to improve upon it every single day, and when you can improve on it 12 years later, that’s when you know it’s been worth your time.” 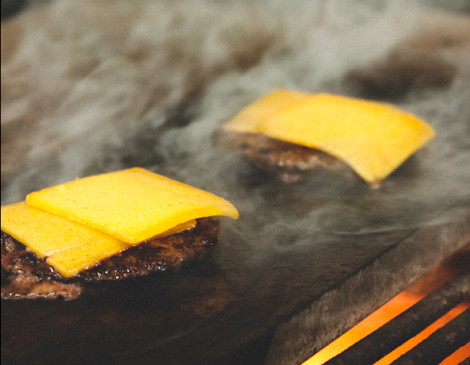 Fired Up
Sawyer’s new venture is largely fueled by a wood-fired grill that utilizes coal-fired cooking, smoking techniques and a chapa — an inch-thick slate of steel that rests directly on the coals — in a 6-tiered system in which various items — such as the grilled octopus ($12) with brown butter vinaigrette, chicory, pomegranate seeds and burnt shallots or the wood-fired burger ($14) with cheddar, a secret sauce, wood-fired Ohio beets and grilled pickled onions on a brioche bun — are all cooked simultaneously at different heights and temperatures. “We’ll have six different zones,” says Sawyer. “In terms of menu creation and flavor, it’s a huge advantage.”

At long last, the Battery Park elevated burger joint is reopening for takeout with an updated menu and big plans on the horizon.

5 Hummus Dishes Made In Cleveland You Should Be Eating Now

From Mama Mary's pickle hummus to Zaytoon Lebanese Kitchen's roasted jalapeno hummus, these five options are worth scooping up.