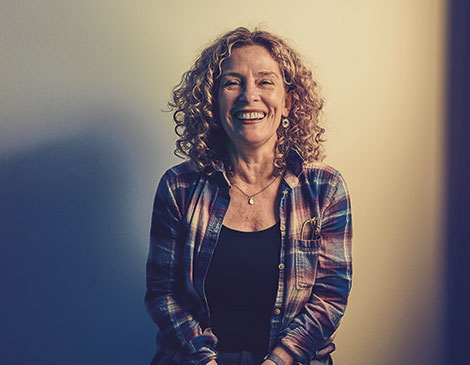 Karen Small
While The Flying Fig has been a West Side institution since 1999, Small has crafted a reputation as a purveyor of farm-to-table fare that extends far beyond Cleveland. That’s why when she’s asked for meals that are personally meaningful to her, she can hardly stop listing dishes, such as caneles at San Francisco’s Boulettes Larder & Boulibar: “French pastry, when done correctly, is incredible.” For Small, who’s eaten all over the world, it’s difficult to narrow down her favorites. “The taste memories just keep coming.”

Her grandmother’s meatballs: Growing up with Italian grandparents continues to influence Small’s cooking. The Flying Fig’s menu is peppered with pasta, including a tagliatelle bolognese, which is a throwback to this influential meal in her life.

“[I go] back to being a kid,” she says. “[It’s] a nurturing childhood memory that is so important to me.”

Posole in Mexico: Posole is a Mexican stew with braised pork and dried hominy — and Small can’t get enough of it. “The taste memory of that is incredible — how soothing it was, even in a hot climate,” she says. “I wish I could re-create that.”

Burger from Au Cheval: Bon Appetit called Au Cheval’s burger “just about perfect,” naming it the best burger in America less than a year after the upscale Chicago diner opened in 2012. Small can vouch for the double patty on a brioche bun, which comes layered with slices of Kraft cheese and topped with dijonnaise and pickles. “The burger is life-changing. That’s the most you can say about that,” she laughs. “My taste can be fairly basic!” 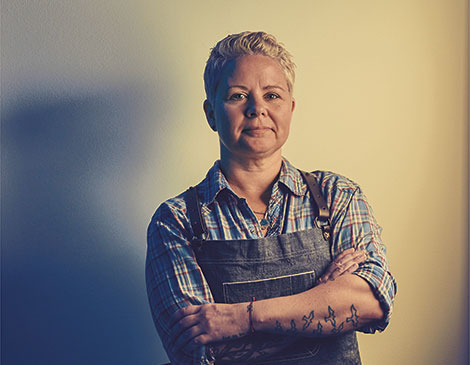 Jill Vedaa
After more than 20 years of cooking at local standbys such as the Black Pig, Lola and the Flying Fig, Jill Vedaa opened Salt in Lakewood in 2016. There she’s focused on creating layers of flavors and interesting textures on her small plates menu. “Food to me is a way of life,” say Vedaa. “If I’m not at work, I go out as much as possible and have people cook for me. That’s my life outside of work.”

Her mom’s roast chicken: Vedaa’s favorite of her mother’s weekly meals was chicken roasted with herbs, cut carrots and “probably mashed potatoes — I’m a sucker for mashed potatoes.” Even the ice water on the side is a vivid recollection. “That’s my clearest memory from growing up,” she says. “It was such a substantial dish that we always had.”

Octopus in Santorini, Greece: At Salt, Vedaa does a simple, yet decadent octopus dish braised in red wine, tossed on a flat top to caramelize and served with a warm potato salad, all finished with chili oil. Its inspiration is a similar dish that Vedaa had in Santorini. “It was so perfect and so simple. I wanted to re-create that, and it’s been one of the most popular dishes I’ve had on the menu.”

Aji from Ginko: Dante Boccuzzi’s Tremont spot serves whole aji — horse mackerel — as a special, though “most of the time they have it,” Vedaa says assuredly. “It’s a beautiful presentation, prepared sashimi-style, off the bone.” Once you’re done with the fish, the kitchen takes the bone back to fry it, and serves it with a green tea salt. “It’s so delicious.”