Tucked behind Rising Star Coffee in Cleveland Heights, Chimi, which opened June 12, is churning out South American takeout from the kitchen of owner Douglas Katz’s catering service. Don’t expect to come inside, though; it’s a curbside- and delivery-only business. “A lot of people get excited to see a new restaurant and the new atmosphere, but we’re trying to create that in a bag for you to take home and to plate and to have a great meal during this time,” Katz says. Here are three things to know before you order.

It’s A Ghost Kitchen. Chimi is an online-based delivery and curbside pickup restaurant only — what’s known as a “ghost kitchen.” It operates out of the kitchens of Fire Catering, which has seen a lull in business due to the pandemic. “Our original goal was to launch a brick-and-mortar space, so we just sort of pivoted to [this concept] when [the pandemic] happened,” Katz says. “It’s actually great because we’re able to test-market this concept over the next six months or so and really see what people like or they don’t like and tweak it. Then maybe we’ll eventually be able to launch a brick-and-mortar restaurant after this.” 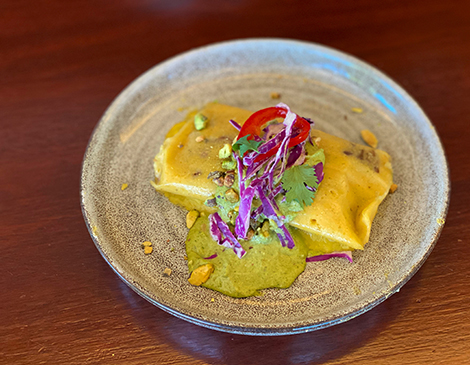 The Menu Is South American. Peruvian chicken with aji verde sauce, shrimp Veracruz and requeson are just a few of the South American dishes you can find on the menu at Chimi. “I love the requeson,” Katz says. “It's a ricotta and tomato salad [with] marinated tomatoes on it. I could see making a tortilla with the barbacoa, and if you had the tomatoes in with that, it would make an amazing taco.” Also be sure to try the passion fruit dulce de leche ice cream and spiced brownies. 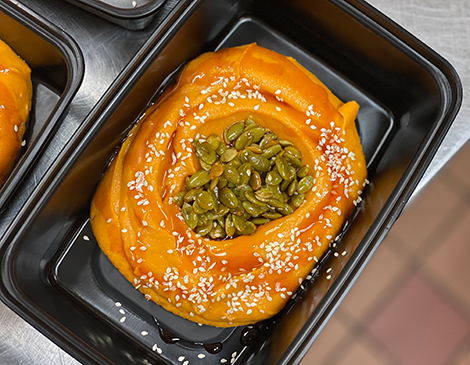 You Can Mix and Match. Chimi’s dishes are meant to be mixed and combined, Katz says. Customers can order a variety of dishes, including rice, beans, chayote squash, and different meats to fold into corn tortillas or spread over chips. “It’s all about the combining of the different dishes even though each one tastes great on their own,” Katz says. “It’s all about how you combine it, and each time you order, you can have a different experience.”