While it’s become easier to track down Cleveland restaurants that offer a variety of gluten-free and vegan options on their menus, snagging a tasty dessert has proven a harder hunt. Lucky for us, these three bakeries are making the confectionary chase simpler with their drool-worthy selection of baked goods — regardless if you’re a vegan, need gluten-free treats or are just searching for a sugar rush. “Baked goods don’t get their flavor from milk or eggs,” says Jon Regan, co-owner of Poison Berry Bakery, “it’s the ingredients you use.” 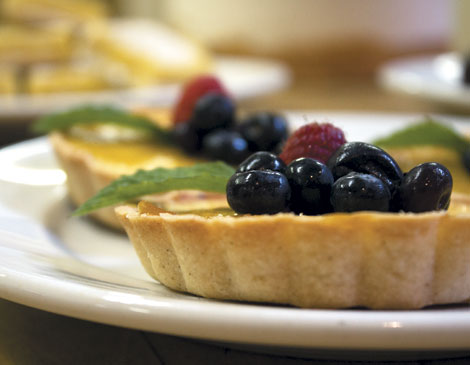 No sweet tooth is left behind here with flaky, Crisco-free pies, macarons filled with aquafaba (cooking liquid of beans), meringue and other vegan, gluten-free and paleo treats. Co-owners Sara Bisheimer and Caitlin Dobson started Floressa Cafe as a sugary nod to their children. “I was frustrated,” says Bisheimer. “I wanted something my kids could eat, and I could feel good about.” Try It: The French toast cake ($25) surrounds a cinnamon and brown sugar crunch with vegan yellow cake and maple buttercream frosting. 440-941-1302, floressacafe.com 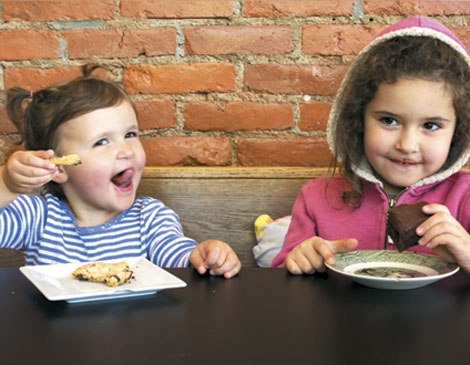 Poison Berry Bakery
Owners Jen and Jon Regan’s Larchmere storefront is equipped with an arsenal of vegan treats such as cake pops, muffins and truffles to battle lackluster stereotypes. Still weary of cutting animal products from your desserts? Jon knows how to put skeptics at ease. “I match them up with a treat they’re used to,” says Jon. “Everyone knows a good chocolate chip cookie. I like to start with that.” Try It: The S’mores Woo Girl Pie ($3) sandwiches chocolate ganache and marshmallow filling between graham cracker cookie cakes. 12210 Larchmere Blvd., Cleveland, 440-477-2078, poisonberrybakery.com 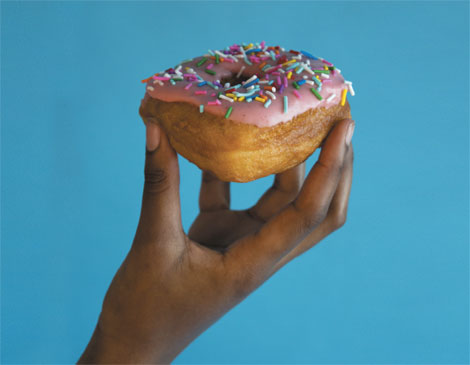 Vegan Doughnut Co.
Kyra and Kharisma Mayo would eat a doughnut nearly every day. So when they became vegans two years ago, they took two months to create doughnuts that matched their expert palates. “You learn that if you want something to taste the way you want it, you have to make it yourself,” says Kyra. By subbing water for milk and swapping eggs for a secret mix of produce, the sibling’s doughnuts bring the good stuff — fruit and sugar — to the forefront. Try It: The rosewater pistachio doughnut ($3) is a favorite for its subtle nut flavor with a rosy aftertaste. thevegandoughnutco.com

Five French Toasts Perfect For Your Next Brunch Outing

The man behind Thyme Table, Thyme Catering and Thyme Traveler food truck shares his origin story, where he gets takeout and his favorite places around town.

This 24-hour option from chef and owner Joshua Ingraham provides health foods around the clock.