It even has a community of engaged residents, like lifers Ryan Tipton and Jennifer Herman. Yet, the craft beer wave, which washed over Ohio since the 2000s, took a while to get the memo. “I’d say there was a hole,” Herman remembers.

Consider that hole filled. In October, Tipton and Herman, general manager and head brewer, respectively, co-founded Bell Tower Brewing Co. with designer and Ryan’s wife,Bridget. The trio created a staggering two-floor temple of brew across a 9,000-square-foot, 150-year-old cathedral in the West River neighborhood. Visitors commune over traditional beer made from fresh, local ingredients and elevated brewpub food, such as grilled cheese on house-made focaccia, in pews transformed into booths.

“I didn’t want to ruin what was already good about it,” says Bridget. “I wanted legibility between the things that are old and new. The things that we added aren’t fake old.” 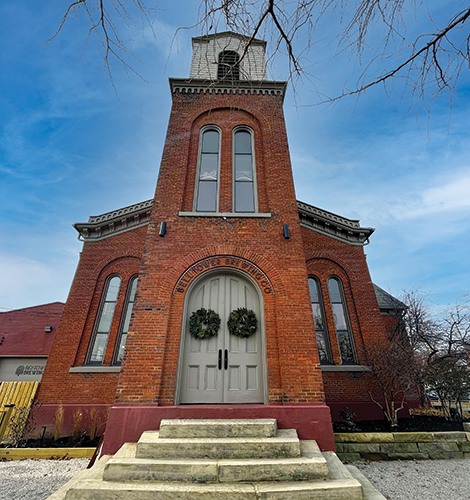 After first meeting at a homebrewers’ event, Tipton, a member of the Junior Chamber of Commerce, ran into Herman, a homebrewer. She was giving a speech to the chamber about why there was no fresh beer in Kent. Nearby North Water, a trendy artisanal brewery, hadn't yet opened, though MadCap Brewery, a ‘40s machine shop on Crain Avenue, had in 2016.

“I had a bunch of partnerships fall through,” says Herman. “Then I almost died in a car accident.”

The near-tragedy gave her a renewed sense of purpose. “I told myself, You are here to brew beer.” Years earlier, the homebrewer failed when she first tried, but she was fascinated and resilient. Today, she's a certified beer judge, a cicerone (like a sommelier for beer) and former employee of Market Garden Brewery. All that was left was to paint her own masterpiece.

Yet, Herman's approach to brewing is more about science than art. Total control of process converges with the chaos of yeast, a substance about as mysterious to scientists as the human brain.

“The magic of fermentation is absolutely invigorating,” says Herman. 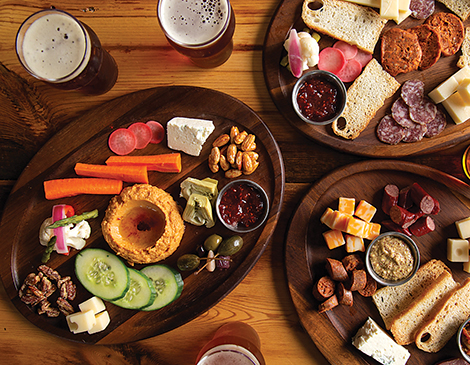 Other breweries attract clientele with fruit-forward beer or hard seltzers. Bell Tower is doing it with tradition. Across 12 drinkable options, Herman shows a dedication to the classics, such as lagers, saisons, Schwarzbier and ales.

The Spirit of the Bell ($6)  is a straw-colored, low-alcohol pilsner that shows Bud Light drinkers what they’re supposed to be drinking. The team gets adventurous with the Decembre ($6), a farmhouse saison seasoned by French rye and freshly grated Indian peppers. A California common, a maltier and even more fermented style, rolls out this spring. Meanwhile, Herman continues to celebrate the magic of fermentation with spirited and non-alcoholic cocktails from house-made kombucha. Try it in a seasonal margarita ($9).

Herman believes beer brings people together and kombucha can cure what ails them. Maybe the world would be a better place if more churches and breweries shared this principle.

“Old-school beers were enjoyed with that semblance of celebration,” says Herman. “That was lost a little bit. The craft beer movement pushed style and flavor instead of paying attention to the four ingredients that actually make the beer.”