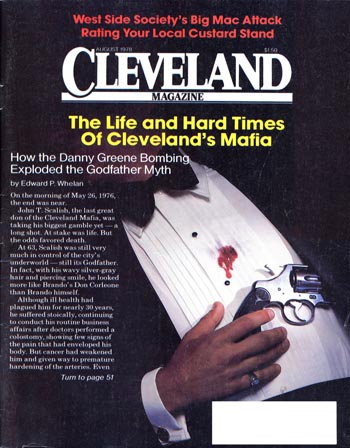 The Golden Era of the Cleveland Mob

Long before the days of car bombings and Danny Greene, Cleveland's first criminal kingpins were locked in a bloody war for control of the city's rackets.

The Life and Hard Times Of Cleveland's Mafia: How Danny Greene's Murder Exploded The Godfather Myth

The Cleveland Mob operated smoothly until the death of its last great Don. But the amateurish bombing of its No. 1 enemy has blown away more than just its tough reputation.