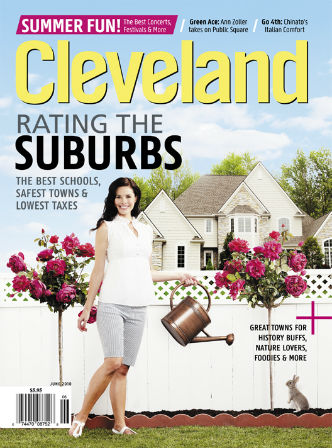 Three Questions With the Brewer

The Terminal: Landmark moments from our past

Frank Russo and Jimmy Dimora have been stuck in legal limbo for almost 24 months. If the feds have the goods on these two, what’s taking so long?

School may be out for summer, but now is the time for some Indians arithmetic.

Ann Zoller believes that green space doesn’t just dress up a city. For the executive director of ParkWorks, it can be transformative, creating better neighborhoods and fueling economic development. Yet her greatest challenge is before her — re

Arbitron’s new ratings system has prompted changes both big and small on the city’s radio landscape.

Stuart Warner examines a hometown legend in his new book.

State of the Art

Whether in the sun or a museum, these events cater to kids and adults.

Because the tall ships dock for five days only, here are more fun fests to get you through the summer

These classes and events will have you breathing fresh air in the parks this summer.

From comedy to Disney magic, there’s a show for everyone this summer.

With homes that are less expensive than comparable properties in other cities, this suburb may be the region’s best-kept secret.

A blend of new development and historic preservation has resulted in growth for this city.

The hills and valleys of this rural community attract more than those famous buzzards.

Rating the Suburbs 2010 - Food and Shopping

Mixing local stores with national chains while preserving a small-town feel is no easy feat, but this town has pulled it off.

This city pays homage to its past with careful planning, detailed architecture and well-kept homes.

Home to the largest reservation of the Cleveland Metroparks, this town has nature on its side.

Services, schools and low taxes lift this city to our top spot.

This inner-ring suburb has made building a thriving, walkable community one of its foremost goals.