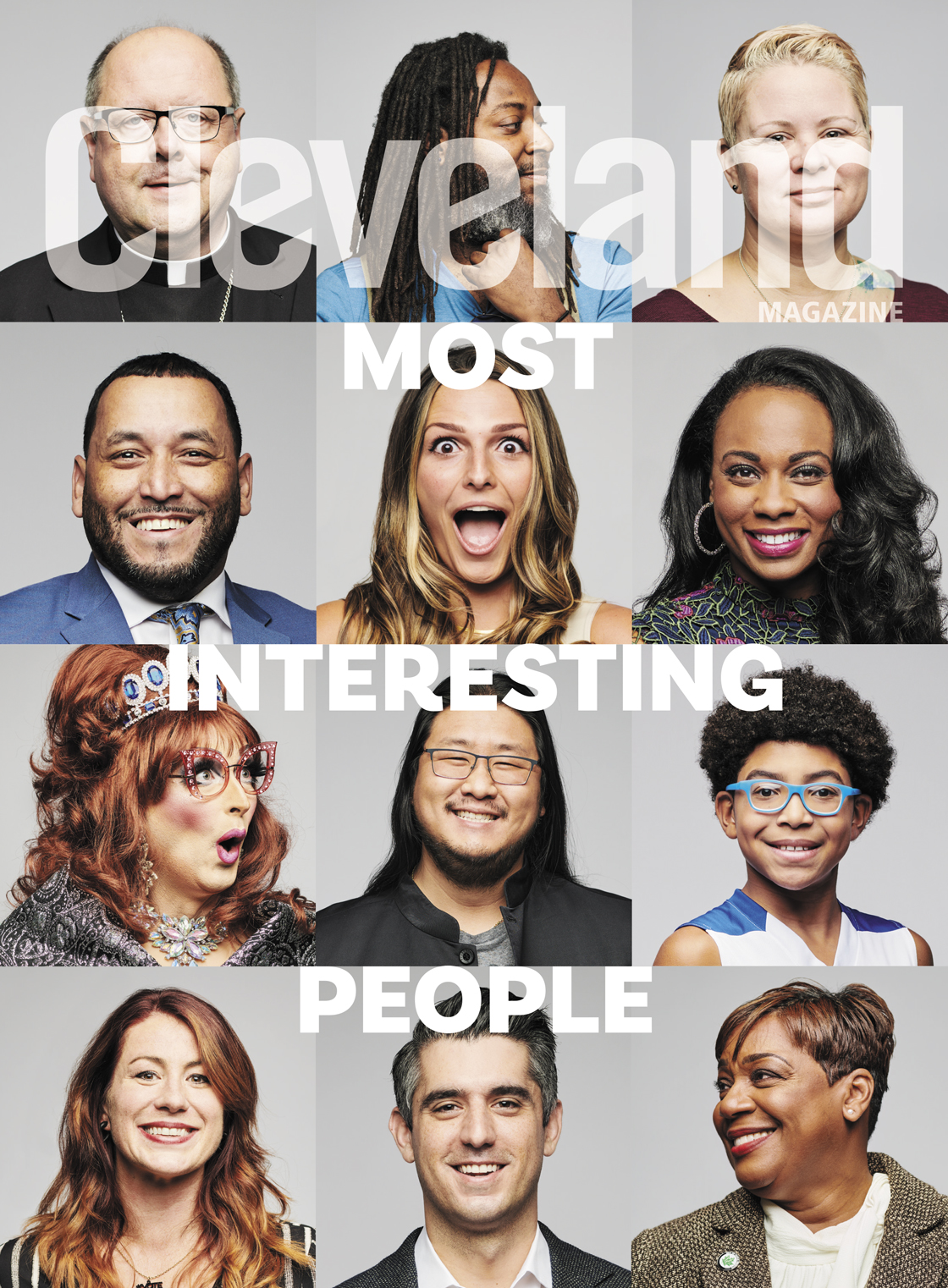 10 Superfoods To Kick Off The New Year Right

Why adding kiwifruit, sardines, walnuts and more will improve your health in 2021.

The Torchbearer, a blend of Jamaican rums, packs a tropical and intoxicating punch.

Jason Quinlan is the first chef in the restaurant's history to not be a member of the family.

Kandice Marchant talks to us about some of her favorite cheeses she sells online and dishes on her upcoming brick-and-mortar store.

The local coffee shop's new business model gives its employees an input on operations as well as stakes in the company.

Start Your Morning Right With These Five Cleveland Croissants

Blackbird Baking Co., Fluffy Duck Cafe, Terrapin Bakery and others offer up their creative spins on the flaky pastry.

The rivalry between the two AFC teams has been going strong for 70 years.

By The Numbers: January Is Cleveland's Coldest Months

January is usually a good signifier of how bad a Cleveland winter can get. Here’s a look at the numbers behind Cleveland’s coldest month.

Local chefs speak out about the challenges they face using Uber Eats, DoorDash and more as they shift their restaurants to more takeout.

This year's selections show us how to persevere, how to advocate for change and how to move forward when times get tough, writes editor Kim Schneider.

From rookie Isaac Okoro's impact to how Andre Drummond will step us this year and what Darius Garland needs to do, here's how the Cavs need to improve this season.

The first Black woman mayor of Maple Heights has championed her city to adopt a winning perspective.

The Hyland president and CEO has a global reputation for excellence and oversees upwards of 4,000 employees.

The 12th bishop of the Catholic Diocese of Cleveland has followed a calling centered on commitment and transparency.

The Cleveland Metroparks CEO is celebrating his 10th anniversary with the parks organization while looking ahead to the final construction of the Wendy Park Bridge.

Never underestimate the Cleveland Browns chief of staff: she continues to break through glass ceilings in the NFL.

In facing adversity, the bartender and manicurist found a way to make people happy by wearing cool and crazy costumes when taking out the trash.

The News 5 Cleveland anchor talks about resilience, Black identity and what it means to work on difficult stories.

The Ohio House of Representatives Minority Leader follows in her parents' footsteps and continues to break through barriers with legislative accomplishments.

The chef and co-owner of Salt is a two-time James Beard semifinalist celebrating her 22nd menu this month.

The Fox 8 News co-anchor shares what it's like to be in the hot seat, why Steve Jobs is on his interview wishlist and how he looks up to his wife as a producer on Good Morning America.

The 37-year-old actor has starred in myriad shows and films such as Orange is the New Black and First Cow.

The 30-year-old artist and graphic designer weaves whimsical video game references and miniature versions of himself into all of his art.

The Cleveland Indians third baseman talks about off-season training and the arrival of his daughter.

The Real Black Friday founder continues to champion Cleveland by giving back to the Black community.

The founder of Reverse Women looks to faith as motivation behind helping others become empowered.

The founder of Free Period Press has been dedicated to creating products devoted to self-care.

The Cleveland-bred musician hit No. 1 on the Billboard 200 with Tickets To My Downfall in October.

As the artistic director of the Cleveland International Film Festival, Martin sheds light on her origin story and the plethora of movies she watches each year.

The Time2Talk CEO has created an app to bridge the divide between native Spanish-speaking tutors and students eager to learn.

As the director of Nasa Glenn Research Center, the Puerto Rico native is looking ahead to putting the first woman on the moon.

The author of Return of the Thief discusses the legacy behind the last 25 years working on her fictional book series.

The co-founder of Eat Local Ohio has built a huge following on Instagram by supporting local restaurants with food-centric content.

The author and activist works to create a space in which the intersection of race and womanhood are at the very center of everything she does.

The 95-year-old YMCA instructor has lived a long life, in which she found love while riveting during World War II.

The creator of the first Drag Pride flag is a master storyteller for Drag Queen Story Hour at Near West Theatre.

This 11-year-old journalist with an inventive imagination was selected as a Scholastic Kids press reporter in September.

Tackle 2021 By Setting These Goals For Yourself

Why you should learn how to play an instrument, speak a new language and practice meditation.

It was the worst in Cleveland's history. Some still remember it vividly.

Make Sure You're Listening To These 6 Cleveland Bands And Musicians

Malcolm Brown Was A Local Visionary For Black Artists

The late artist and gallery owner leaves behind a lasting legacy.

From classic neutrals to quirky geometric patterns, Judi Schindler-Oliver of Schindler's Fabrics gives us four places you can make the most of fabric.

Celebrate National Houseplant Day By Bringing Some Plants Into Your Home

Bremec Garden Center's four locations has more than 3,000 varieties that will brighten up your home.

Four Tough Spots You May Not Be Cleaning — But Should

Owner of CLE Cleaning Co. gives us sage advice on how to stay thorough with your cleaning during the winter.

Professional organizer Christina Hidek gives us the tips and tricks on how to make your fridge more usable and stress-free.

How Cleveland Wedding Vendors Are Pivoting For The Pandemic

How One Couple Pulled Off A Lakefront Elopement

Matt and Amy Bender's big day felt personal, private and was exactly what they wanted.

The local artist and husband John Paul Costello hosted friends to a fun, vibrant and meaningful ceremony and party.

The Pros Of Planning A Micro Wedding

Celebrate the iconic Civil Rights leader with virtual events from The Bop Stop, Cleveland Museum of Art, Cleveland Public Library and Karamu House. Plus, what Dr. King's legacy means in 2021.